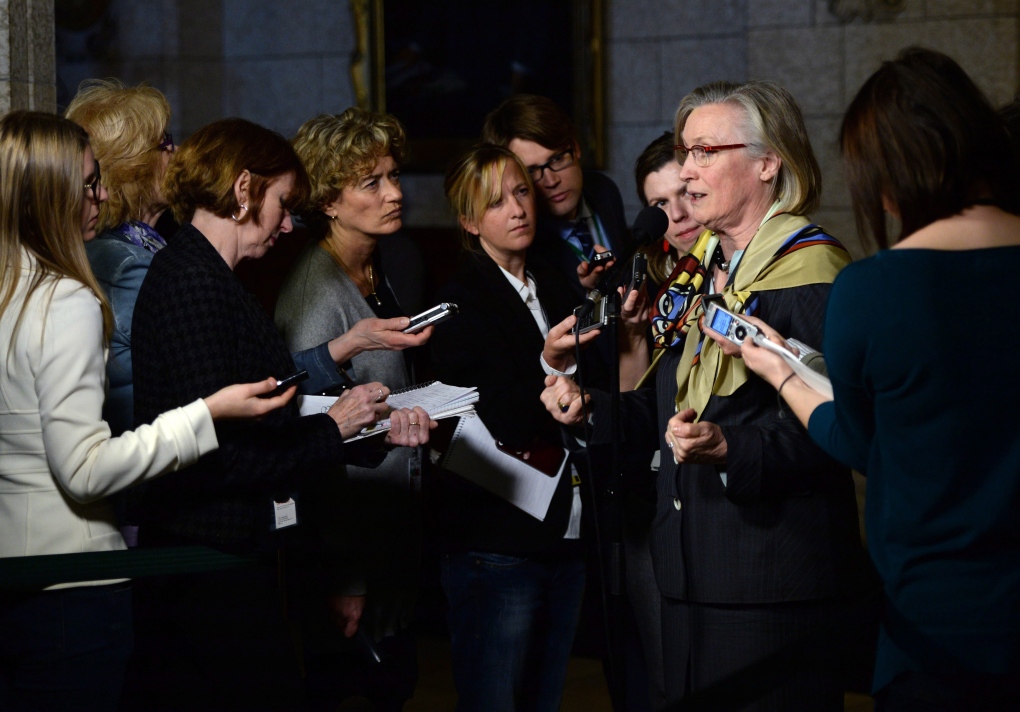 OTTAWA -- The issue of violence against aboriginal women goes beyond the ranks of murdered and missing, Canada's indigenous affairs minister said Tuesday as she explained her claim that the tally of victims is far higher than believed.

Carolyn Bennett made headlines earlier this week when she said the number of missing and murdered indigenous women in Canada is likely much higher than the 1,200 total put forward in reports by the RCMP.

After Tuesday's cabinet meeting, she was at pains to explain herself.

A mere roster of victims ignores the family members who have been touched by tragedy, and fails to capture the extent to which the phenomenon has affected an entire culture, Bennett said.

"I think what we're saying is that the issue that has been described as missing and murdered indigenous women is a tragedy much greater than that."

Bennett insisted she has no data to indicate the score of the problem, but said ministers have heard enough anecdotal evidence to believe the depth and breadth of the tragedy is greater than initial reports have suggested.

"The RCMP did their very best with other levels of policing to come up with the number of 1,200," she said.

"I think it's really important that we ... do look to the root causes and look to this greater issue of the vulnerability... of indigenous women."

It is also important to hear from survivors in the inquiry process, such as those who managed to escape from their attackers, Bennett said.

"I think that when you realize that some people who know it could have been them, it was almost them, that ... they actually woke up in an emergency department with bruises around their neck, that this is a much bigger problem."

Bennett said she's heard anecdotally about some cases that were classified as suicides despite obvious indications otherwise.

"So when you hear the kinds of stories that we've been hearing -- someone who died by a shot through the back of her head is called a suicide, somebody whose arms are tied behind their back is called a suicide -- you have to say that this is much greater."

Bennett has vowed the inquiry will take place at arm's length from the government once it is up and running, hopefully by this summer.

A number of questions still need to be answered, including how many commissioners will be enlisted and whether the Liberal "placeholder budget" of $40 million for a two-year study will be sufficient for the inquiry.

Dawn Lavell-Harvard, the president of the The Native Women's Association of Canada, said the inquiry must be all-encompassing in order to develop effective solutions.

"It has to leave no stone unturned," Lavell-Harvard said.

"We can't have a lopsided inquiry that is only looking at one side or the other in particular circumstances. We can't shy away from any aspect of this if we want really good solutions, if we want to really understand the enormity of the problem."

Lavell-Harvard said it is already clear women lack safe places to go when they are in crisis; her association has been calling for years on the federal government to build more shelter facilities.

"That needs to be addressed right away," she said. "We don't need to wait two years for an inquiry to tell us something ... we knew going into this conversation."