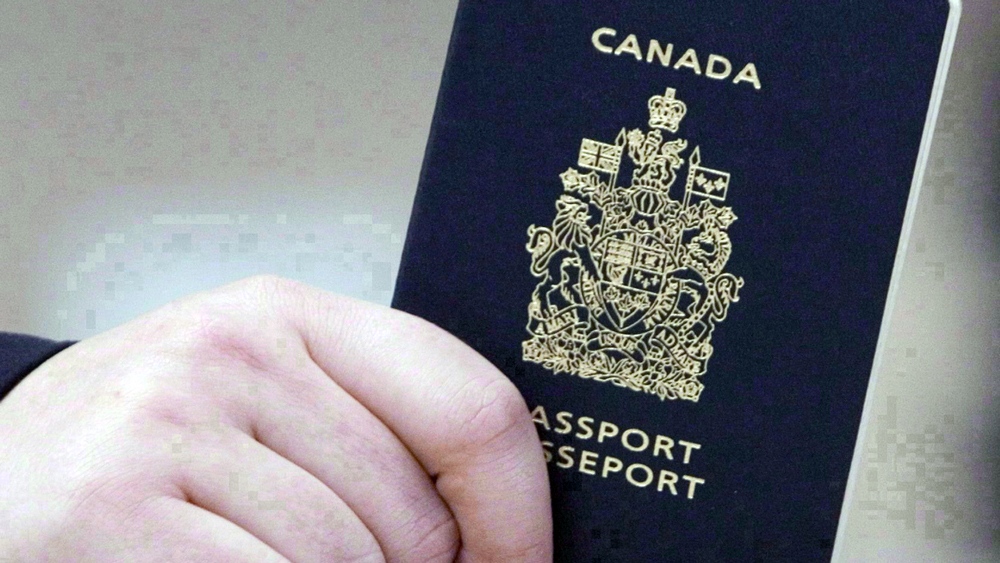 A passenger holds a Canadian passport before boarding a flight in Ottawa on Jan 23, 2007. THE CANADIAN PRESS/Tom Hanson

Canadians planning to travel to Europe in the coming years will be required to fill out a special application and pay a fee before they will be allowed to enter the continent.

The European Union has announced the introduction of a new online screening process called the European Travel Information and Authorisation System (ETIAS). The new program is being implemented in an effort to “strengthen security checks” on citizens who can visit the EU without a visa.

Currently, nationals from more than 60 countries, including Canada and the U.S., can visit the EU for tourism or business for up to 90 days without obtaining a visa. Under the new ETIAS system, these travellers will have to apply for security clearance and pay a mandatory fee before they can visit countries in the Schengen area.

The United Kingdom is excluded from this region.

The European Commission said an ETIAS authorization is not the same as a visa and will be much simpler to obtain.

“There is no need to go to a consulate to make an application, no biometric data is collected and significantly less information is gathered than during a visa application procedure,” the commission said in a July press release about the changes.

Here’s what you need to know about the new screening process.

When does it come into effect?

The ETIAS system will become mandatory for international travellers beginning in January 2021.

Who has to apply?

Any national from one of the more than 60 countries that currently enjoy visa-free access to the EU must apply for ETIAS clearance before their trip.

The parents of minors will be required to fill out an application for each of them before they travel.

How do you apply?

Travellers will have to fill out the ETIAS application online at least three days before their departure date. Mailed applications won’t be accepted. The European Commission says the application shouldn’t take longer than 10 minutes to complete. If the traveller is a minor, the person responsible for them must be identified on the application.

Applicants will need to fill out their personal data, such as their name, birth date, address, along with their passport information. They will also be asked to answer background questions on their health, travel history, and criminal record.

ETIAS applicants must also state the first EU country they plan to visit. They will only be allowed to enter in that country.

Travellers will not be allowed to enter a country in the Schengen area until a border guard checks the ETIAS database and permits entry.

How much does it cost?

Travellers will be required to pay €7 (approximately C$10.50) to apply. Anyone under the age of 18 will not have to pay the fee.

What happens if your application is rejected?

The European Commission says the “vast majority” or 95 per cent of all cases should be automatically approved within minutes of payment. The applications are checked across several European screening databases, including Interpol and Europol. If the application is flagged, the case will be handled manually and the process can be delayed for up to four weeks.

If the application is denied, the European Commission says the traveller has the right to appeal the decision. The traveller will also be given information on which member state refused authorization and how they can appeal.

How long is it valid for?

Once approved, an ETIAS authorization is valid for three years or until the holder’s passport expires, whichever comes first. Travellers can visit the Schengen area for up to 90 days in a 180-day period.

Can it be revoked?

Yes. The ETIAS clearance can be revoked or annulled if the conditions for issuing the authorization are no longer valid. For instance, the traveller is flagged in a security database or it’s discovered the information submitted in the application was fraudulent.

Why is it being introduced?

According to the European Commission, the ETIAS authorization system was created to identify any “security or irregular migratory risks” posed by travellers entering the EU from visa-free countries.

The institution also claims the system will facilitate smoother border crossing for those who don’t pose a threat.

“This prior verification of visa exempt non-EU citizens will facilitate border checks; avoid bureaucracy and delays for travellers when presenting themselves at the borders; ensure a coordinated and harmonized risk assessment of third-country nationals; and substantially reduce the number of refusals of entry at border crossing points,” the commission said.