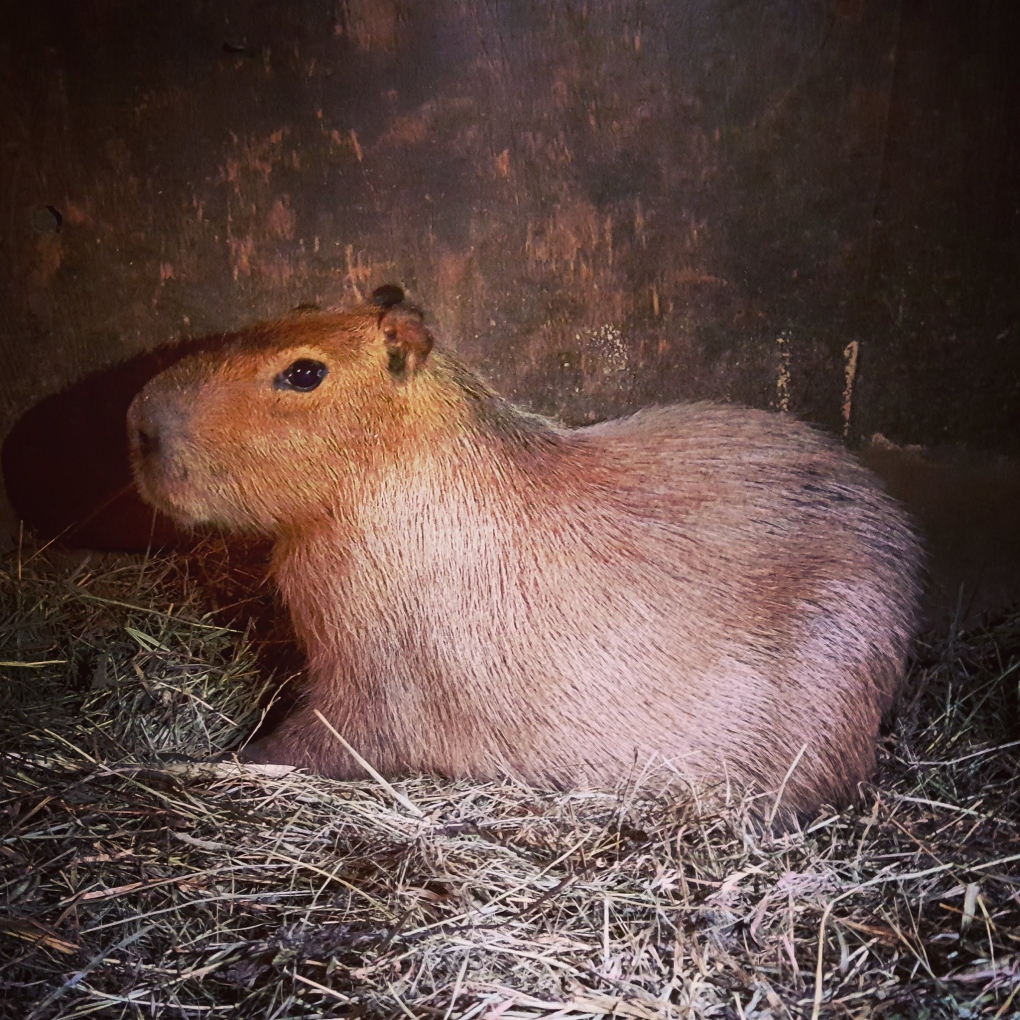 A capybara is seen in this photo tweeted by Toronto's Parks, Forestry and Recreation department.

TORONTO -- The adventures of two furry fugitives that broke out of a Toronto zoo came to an end on Tuesday, when the second of two elusive capybaras was trapped.

The tale of the two large rodents has captivated the city ever since the animals, which resemble a heavy, tailless beaver with short legs, broke out of the High Park Zoo in late May.

The search for the pair inspired the hashtag "CapybaraWatch" online, sparked parody Twitter accounts posting from the rodents' perspectives and turned the male and female creatures into social media celebrities of sorts.

The second capybara -- which evaded capture when its partner was recently rounded up -- was lured into a trap in an area of High Park, which houses the zoo, on Tuesday morning.

"I can confirm the second capybara has been captured," said Megan Price, a spokeswoman with the city's Parks, Forestry and Recreation department. "It's generated a large amount of interest and I have to say the public has been really helpful."

The six-month-old capybaras -- dubbed Bonnie and Clyde by zoo staff -- had taken off while they were being introduced to their enclosure for the first time as part of an exchange with another zoo. They were to join another resident capybara at the facility.

The escape triggered a search that also involved many residents who reported sightings of the animals to city staff.

The first capybara was caught a little more than two weeks ago and returned to the zoo, but its partner remained on the lam.

That all came to an end when a member of the public reported a capybara in a trap set by zoo staff in an area of High Park, Price said.

The animal is in an indoor enclosure until it receives a clean bill of health from a vet, Price said, but the zoo plans to reunite it with the first capybara eventually.

The capture of both capybaras was credited in part to help from city residents, Price said.

"We had asked them to call 311 when the capybaras were spotted and they have been doing that," she explained. "That really helped us in narrowing down the location where we ultimately found both of them."

It wasn't the first high-profile escape from the High Park Zoo -- a peacock broke out of its enclosure twice last summer, causing a stir as he was seen wandering down laneways, perching in trees and roosting on rooftops. The bird eventually made its own way back to the zoo.

Thanks to our dedicated Parks staff who never gave up, brought capys home safe and healthy. #CapybaraWatch #TOpoli pic.twitter.com/dKn1vukEvZ