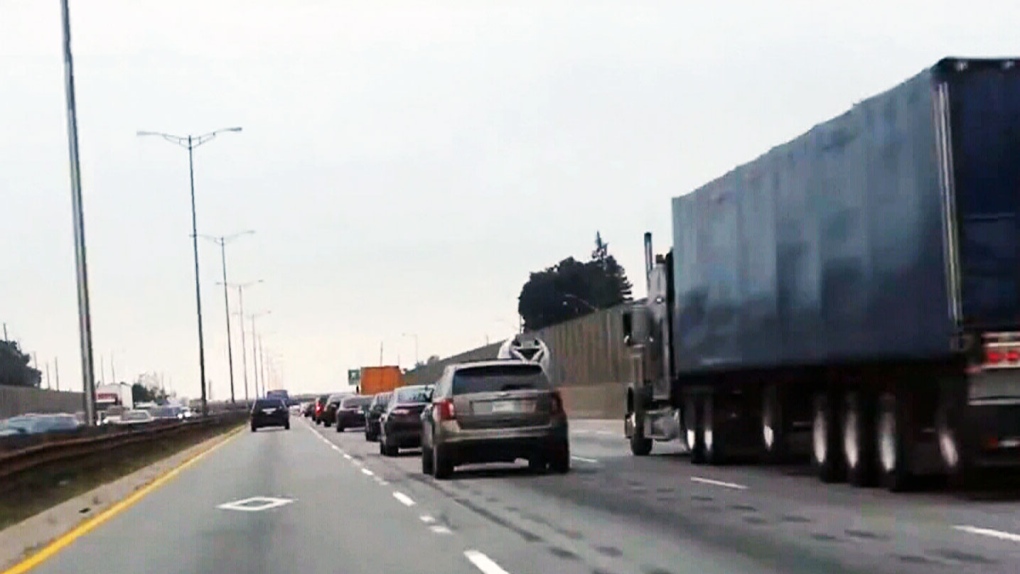 VICTORIA - Drivers who go electric in British Columbia are about to get the green light to travel the province's high occupancy vehicle lanes passenger free.

Premier Christy Clark is set to announce Wednesday at Vancouver's Globe Conference on Sustainability and Innovation that drivers of eligible electric vehicles can travel the province's HOV lanes regardless of occupancy requirements.

Currently, HOV lanes are open to vehicles with a driver and at least one passenger in efforts to reduce traffic congestion and pollution.

In the announcement obtained by The Canadian Press, Clark said the changes are immediate, with the government moving to provide decals that must be clearly displayed on the vehicles.

"British Columbians are increasingly embracing alternative and greener transportation options, and we can encourage even more by making it easier and more efficient, like allowing electric vehicle owners to use HOV lanes regardless of occupancy requirements," says Clark in a statement.

The HOV changes are part of series of vehicle emission initiatives that Clark is set to announce, including almost $7 million to fund more electric vehicle charging stations and to encourage people to buy electric vehicles.

Of the $6.8 million in the initiative, $6 million goes towards incentives to purchase electric vehicles, with the remaining $890,000 to expand public and residential charging programs.

B.C.'s Clean Energy Vehicle program includes point-of-sale incentives of up to $5,000 for the purchase or lease of new battery-electric or plug-in hybrid electric vehicles. The potential saving could rise to $8,250 when combined with vehicle scrap incentives.

B.C. has spent $31 million in its Clean Energy Vehicle program over the past five years. There are more than 2,300 clean energy vehicles on the road in B.C., says Clark's statement.

"We're also targeting the fund to people who need the support when they buy affordable electric vehicles, those that sell for $77,000 or less," says Clark's statement.

Last year, B.C. joined a global alliance aiming to fill highways and city streets with zero-emission vehicles over the next 35 years, an initiative that could lower global vehicle emissions by 40 per cent.