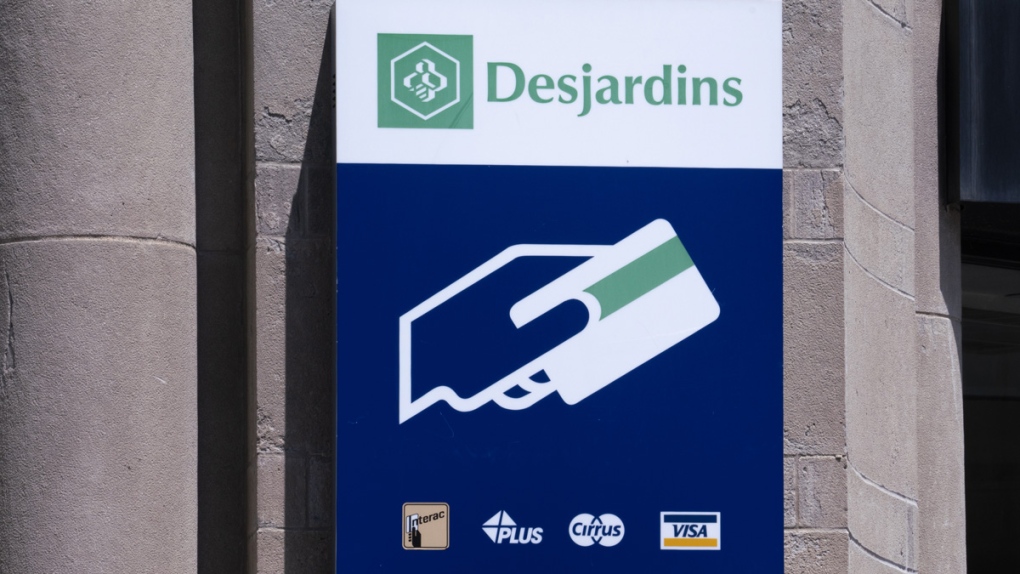 A Caisse populaire Desjardins sign is seen in Montreal on June 18, 2019. (Paul Chiasson / THE CANADIAN PRESS)

MONTREAL -- The chief executive of Desjardins Group says it will offer permanent data protection to all its members -- and not just those affected by a massive personal data breach reported last month.

On June 20, the financial co-operative announced that 2.7 million members and 137,000 business clients had their information allegedly stolen by an employee who has since been fired.

Desjardins announced a number of measures today and said it will offer any clients who been victims of identity theft access to lawyers and experts and reimburse them for certain expenses incurred as a result of such a theft.

Members whose data had been stolen were to receive a personalized letter from Desjardins, including a code to activate an Equifax monitoring plan.

Desjardins chief executive Guy Cormier updated reporters on the new measures today and said that 13 per cent of its members -- more than 360,000 people -- have signed up with Equifax.

The breach will be front and centre in Ottawa later today, when the Commons committee on public safety and national security will hold a hearing.

In addition, the Office of the Privacy Commissioner of Canada and Quebec's access to information commission are also investigating.

There could be legal consequences for the co-operative as it faces two applications to launch class action lawsuits claiming Desjardins violated members' privacy rights and was negligent in protecting their data.