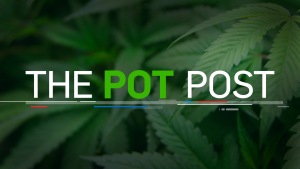 Read the latest news on marijuana legalization in Canada, arriving in your inbox every month.