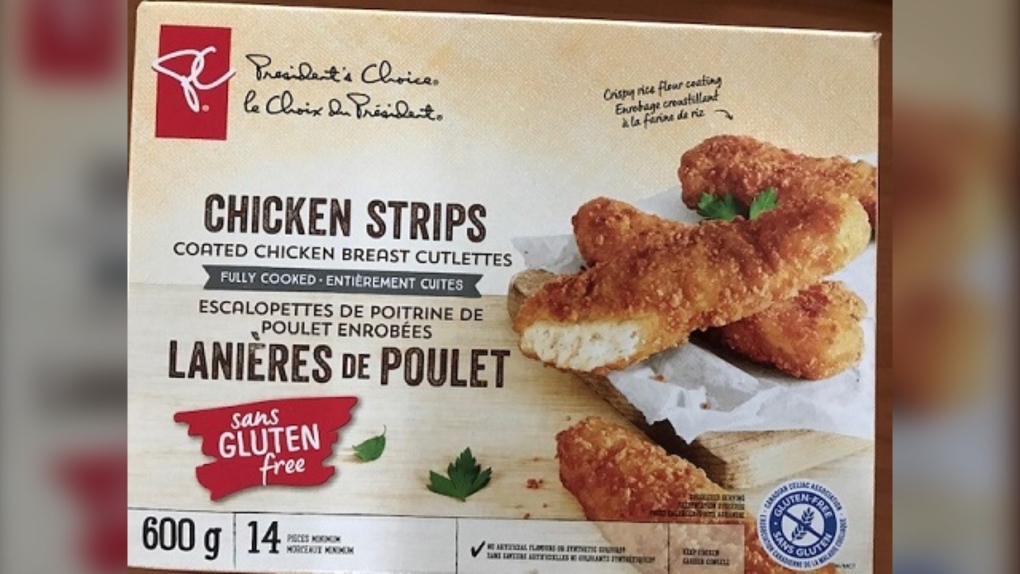 One batch of President's Choice frozen chicken strips labelled as being gluten-free may actually contain gluten, according to the Canadian Food Inspection Agency.

TORONTO -- Canadians with celiac disease and similar disorders are being warned not to consume a frozen chicken product labelled as gluten free because it may in fact contain gluten.

The Canadian Food Inspection Agency (CFIA) said on Aug. 31 that one batch of President's Choice frozen chicken strips is believed to be affected by this anomaly.

On Sept. 24, the CFIA updated the recall to indicate which stores had been selling the strips. They include 33 grocery stores primarily in Alberta, but also in British Columbia, Yukon and the Northwest Territories.

The CFIA said it was aware of "several reported reactions" from consumers of the chicken strips.

According to the CFIA, anyone who has celiac disease or any other gluten-related disorders should not consume the product because "it may contain undeclared gluten."

No formal recall has been issued, although the CFIA said that may still happen as it continues its investigation.

No evidence has been found at this time that any other batches of the chicken strips or any other products are affected, the CFIA said.