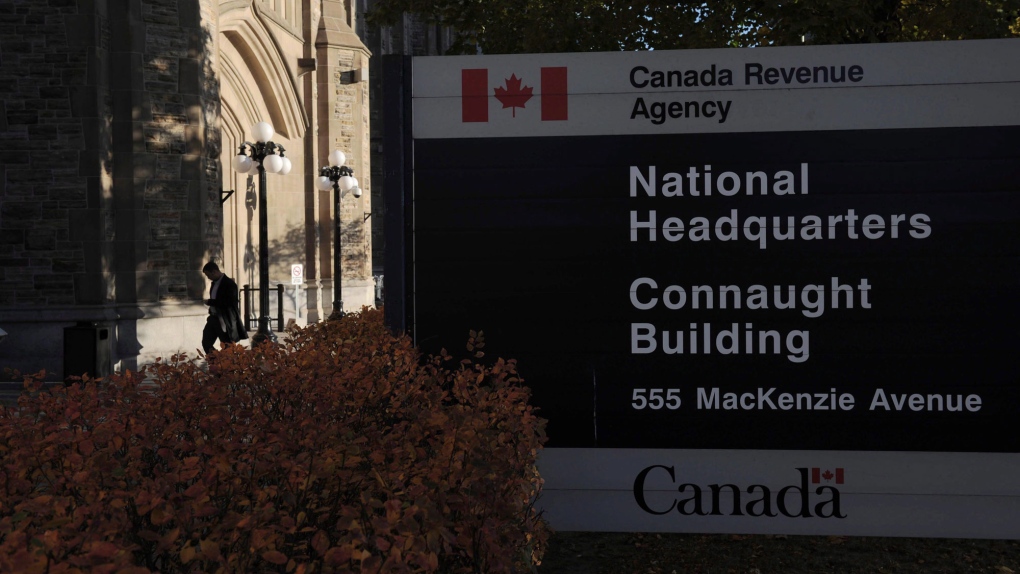 The Canada Revenue Agency headquarters in Ottawa is shown on November 4, 2011. THE CANADIAN PRESS/Sean Kilpatrick

TORONTO -- A little known feature on the Canada Revenue Agency’s website is leading people to hundreds, even thousands, of dollars in unclaimed government cheques.

The recently released tool, found in the My Account portal, allows you to view and collect any cheques you may have missed from the tax agency, dating back as long as you have been filing taxes.

According to the CRA, the tool was recently “soft launched” on the website. But many taxpayers had no idea it existed until Twitter user @3rdPeriodSuits shared the discovery.

“I saw a post about it [on Reddit] Wednesday evening and didn't think much of it,” the user told CTVNews.ca by email. He declined to provide his name.

“Once I checked and saw I had a cheque sitting there, I figured I should fire a tweet off and let people know.”

Canadians have been marvelling over the tool on social media, finding hundreds of dollars they never knew they had.

“Had $224 worth of cheques from 10 years ago,” wrote one Twitter user. “Most money I’ve made browsing Twitter.”

“I found there were two reportedly uncashed cheques from 2011 totaling $6819.24,” Christopher Matthews told CTVNews.ca via email.

“I was very surprised that such a large sum had gone unnoticed and unreported for nine years!  After learning of this, I immediately filled out and submitted the forms required to have these cheques reissued.”

Matthews noted he is unsure how these cheques went unnoticed, but was disappointed to learn that the CRA doesn’t have a system in place to notify Canadians who are missing out on cash that is rightfully theirs.

“Most people have likely not even signed up to the CRA website as I believe it can be a somewhat complicated process to register, so if a cheque was lost in the mail they would be completely unaware that the government still owes them money,” he said.

WHY WOULD THE CRA OWE ME MONEY?

Each year, the CRA issues millions of payments to Canadians for refunds and benefits. These payments are usually issued by cheque or direct deposit, if the user has signed up for the service through their account.

“These payments are issued by either direct deposit or by cheque. Over time, payments can remain uncashed for various reasons, such as the taxpayer misplacing the cheque or a change of address,” a CRA spokesperson told CTVNews.ca via email.

“As Government cheques never expire or stale-date, the CRA cannot void the original cheque and reissue a new one unless requested by the taxpayer.”

Under “related services,” found on the right hand side of your browser, you will see an option titled “uncashed cheques” at the bottom of the list. From here, you’ll be able to check to see if you have any cheques that have been left uncashed for six months or more.

After filling out a secure form, you’ll have your money.