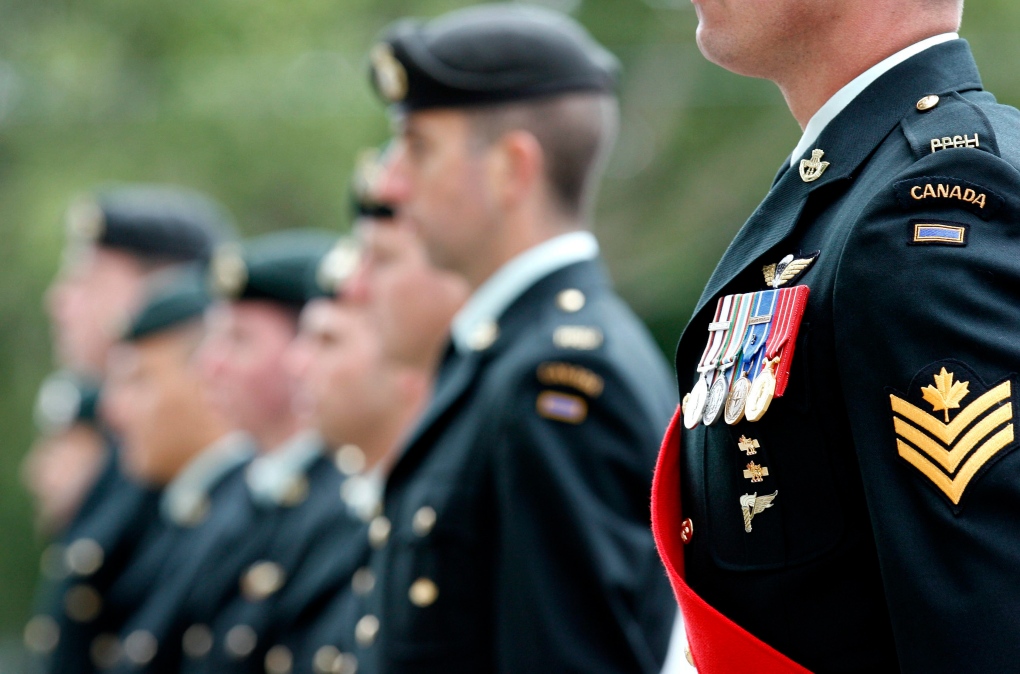 OTTAWA -- Every time he picked up a pen to sign a letter of condolence to the family of a dead soldier, Lt.-Gen. Peter Devlin asked himself hard, painful questions about the institution to which he had devoted his life.

During Devlin's three years as the country's top soldier, there were an awful lot of those letters to sign. Stacks of his briefing notes are laced with censored references to the letters.

Whether it was in combat, by accident or by suicide, there was always a moment of reflection before pen went to paper, he said. But when the soldier's death was self-inflicted, the questions seemed to loom larger.

"It hurts," said Devlin, who retires Thursday as the commander of the Canadian Army. "I wonder about whether we, the army and the Canadian Forces did all that we could have, (and) should have."

Just recently, the Canadian military quietly added two more soldiers to the list of those who killed themselves in 2011, according to internal National Defence records.

Twenty-two soldiers have now been declared as having died by suicide the same year the army ended its combat mission in Afghanistan, says the military's latest report on suicide in its ranks.

The study, which looked back at data over a decade, concluded the war in Afghanistan -- or any deployment, for that matter -- isn't a risk factor for suicide and that the overall rate of serving soldiers who kill themselves remains steady.

"Suicide rates in the CF did not increase over time, and after age standardization, they were lower that those in the Canadian population," says the March 2013 study, a copy of which was obtained by The Canadian Press.

In the report, the military said that 10 male and three female soldiers committed suicide in 2012, compared with 21 men and one woman the previous year. The report offers no explanation for the difference.

Data released in April of last year said there were 20 suicides in 2011; the military said the discrepancy was due to the fact that investigations into the two additional deaths had yet to be completed when the original data was released.

The way the military addresses suicide and mental health in general has been changing, spurred on incrementally by the trauma of a bitter five-year guerilla war in the wastelands of Kandahar.

And despite myriad new support programs and millions of dollars being poured into mental health, a key aspect of the problem remains stubbornly slow to change -- attitude.

Despite high-profile internal media campaigns and speeches from senior commanders, the fear that reaching out for help would be bad for a soldier's career causes many of them to choose instead to suffer in silence.

"I am hoping our culture changes and grows and becomes more open to emotional challenges and emotional issues," Devlin said. "I hope we are doing everything we can and should do to support our men and women in uniform."

Attitude is one thing, but whether the Defence Department is giving itself a clear picture of the problem of suicide is up for debate.

The study noted the data on suicides includes only includes only regular force, and not reservists who made up an increasing number of the battle groups that went into Kandahar.

"There is a high turnover for Class A reservists and suicides among this group are generally reported and investigated outside the military system unless they are specifically brought to the attention of DND," the report says.

"The number at risk is also uncertain due to the high turnover such that the definition of an active reservist is unclear."

A 2011 study done by Statistics Canada and the Defence Department found that among soldiers released from the military, the risk of suicide was about one and a half times higher than in the general male population.

Still, the Canadian numbers pale in comparison to what's happening in the United States. There, 349 active and reserve duty soldiers died from suicide in 2012, up from 301 in 2011.

"That's how it used to be in the U.S. 10 years ago," said Craig Bryan, the associate director of the National Center for Veterans Studies at the University of Utah.

In the United States, the prevailing theory is that suicide rates are on the rise because the military is overtaxed after more than a decade of extensive operations in Afghanistan and Iraq, Bryan said.

But the U.S. military is not the only one in that position, he noted; suicide rates in the U.K., for example, do not mirror those in America.

Other countries -- including Canada -- have done a better job of understanding the needs of their veterans, Bryan suggested. Decompression centres and post-deployment screening are two ideas borrowed from the Canadians, he said.

"The military is a part of our society," Bryan said.

"We have to -- just as a community and a society -- accept responsibility for mental health illness and make sure that we're doing everything we can to improve the quality of lives for our veterans and all members of our community."