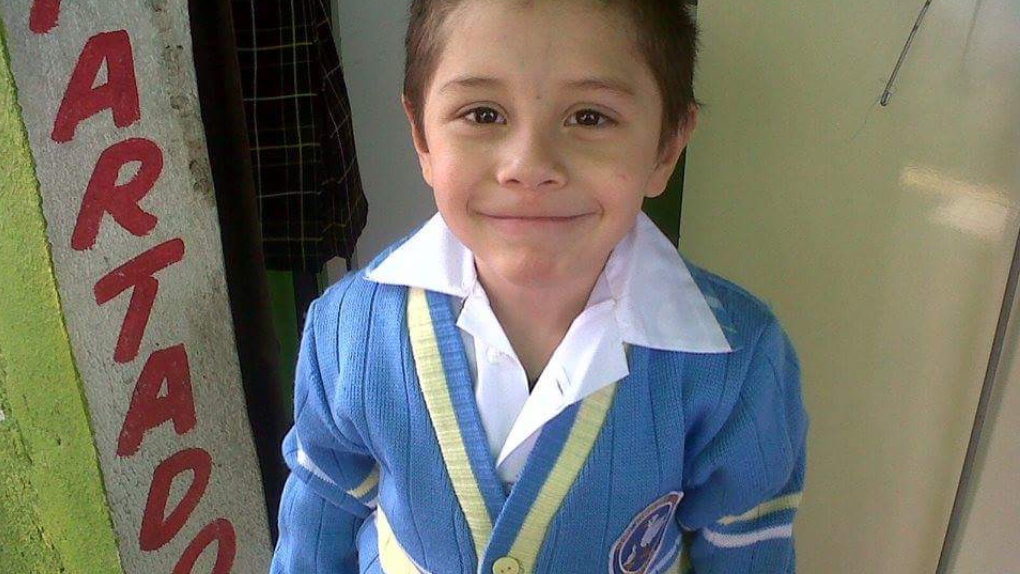 Five-year-old Emilio Perdomo, is seen in this undated handout photo entered as a court exhibit by the Alberta Courts. THE CANADIAN PRESS/HO, Alberta Courts

CALGARY -- A Calgary man found guilty in the death of his five-year-old grandson is appealing his manslaughter conviction.

A notice of appeal filed today on behalf of Allan Perdomo Lopez says he also wants to challenge the nine-year prison sentence he was given last month.

His trial heard he brought his grandson, Emilio Perdomo, from Mexico to Canada for what the boy's mother thought would be a better life.

But the child died in 2015 of a traumatic brain injury, five months after his arrival in Canada, and had bruises in various stages of healing all over his body.

The notice filed by defence lawyer Darren Mahoney says his client is asking that the conviction be quashed or, failing that, a new trial be heard by a judge alone.

Mahoney is also asking for his client to be released from custody pending his appeal.

The grounds for appeal include an argument that Queen's Bench Justice Richard Neufeld erred in law when he failed to grant a stay based on the Supreme Court of Canada's landmark 2016 Jordan decision, which set a 30-month time limit for cases heard in superior courts.

Mahoney also argues that the guilty verdict is unreasonable and not supported, and that a statement from his client and evidence obtained via a warrant should not have been admitted.

The offender's wife, Carolina Perdomo, was accused initially in Emilio's death. The Crown stayed a manslaughter charge against her in February.