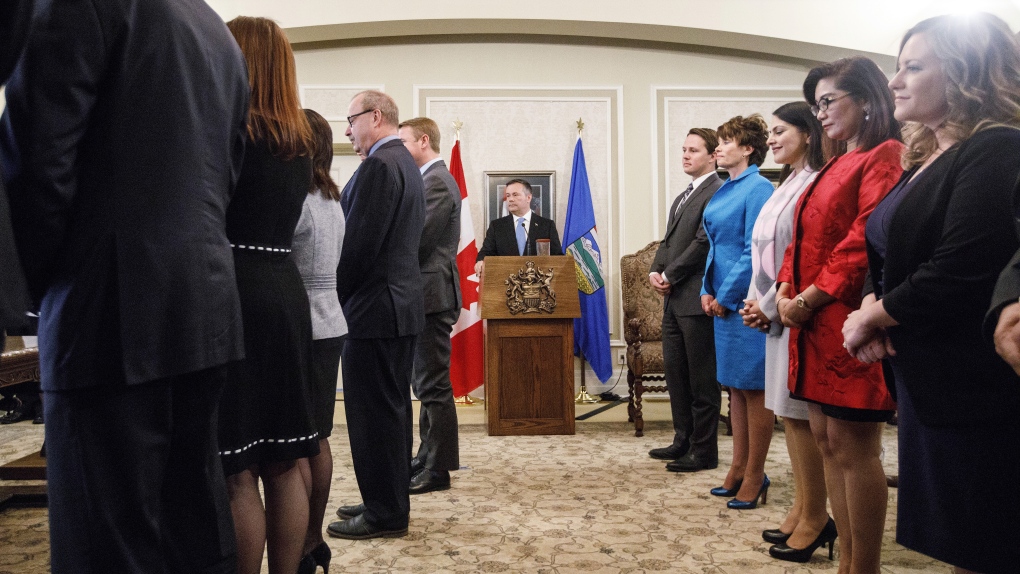 EDMONTON -- Alberta's United Conservative government plans to eliminate its stand-alone offices for climate change policy and environmental monitoring, a move some say will damage the province's standing and its ability to make science-based plans.

"What's going to suffer is Alberta's international reputation (and) our overall approach to science and evidence-based decision making," said New Democrat legislature member Shannon Phillips, who was environment minister in the previous government.

The intention is outlined in a Sept. 10 email from Alberta Environment and Parks deputy minister Bev Yee, obtained by The Canadian Press.

Yee outlines a departmental re-organization under which the climate change office created during Phillips' tenure will disappear. So will the environmental monitoring and science division, initially created as an arm's-length agency in 2014 by the provincial Conservative government and brought back into government by the New Democrats.

Both will be "integrated into the new structure," says Yee's email.

"The primary drivers and intended outcomes of this reorganization include enhanced business integration, the achievement of efficiencies, and providing better support to achieve government priorities," wrote Yee.

The changes are to be effective Oct. 15.

Alberta Environment did not provide an interview to explain the move.

In an email, department spokeswoman Jess Sinclair said the climate change office has been incorporated into Alberta Environment's general policy effort "in order to ensure that (department) policy is developed with an eye to the overall management of pollution in the province."

It wasn't clear where the formerly separate monitoring office will end up.

Sinclair called the changes "a bureaucratic move" and said climate work will be done through the important policy office.

But Phillips said the moves downgrade both climate and monitoring policy.

"We no longer have a government that is interested in putting forward credible climate change policy or credible monitoring and science in the oilsands," she said. "I have serious questions about the resourcing of environmental monitoring in the oilsands."

Phillips suggested the change is a prelude to cuts.

"It's easier to hide the cuts if they're absorbed within the department."

Environmental groups called the changes part of a pattern in Jason Kenney's United Conservative government to roll back climate and environmental policies.

"If this government didn't have a very clear agenda to stall climate action and harass environmental organizations, then I might be willing to consider this normal operations for a new government," said Catherine Abreu of Climate Action Network Canada.

"(But) I can't help but see the elimination of their climate department as part of their overall strategy."

Since taking office in April, the Kenney government has eliminated Alberta's carbon tax, cancelled programs encouraging renewable energy, launched a $30-million "war room" to fight what it calls misinformation and started a $2.5-million inquiry into an alleged conspiracy to landlock Alberta oil.

"This is what climate denial looks like when it's in power," said Keith Stewart of Greenpeace in an email. "Disappearing the division won't make the climate crisis go away."

Sinclair said the moves are not an attempt to do less on environmental issues.

"Emissions management is a priority for this government," she said.