3 dead after crossbow attack in Toronto 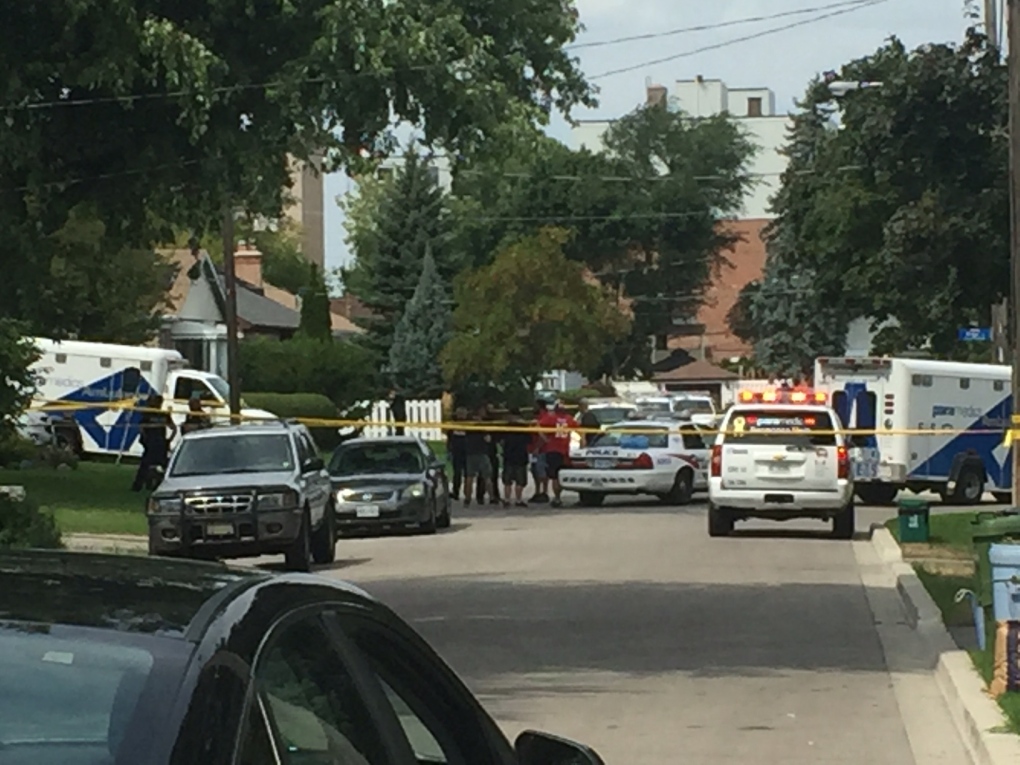 Police and paramedics at the scene of an apparent crossbow attack in Toronto on Thursday, Aug. 25, 2016. (Natalie Johnson / CTV News)

Three people have died after an attack involving a crossbow in Toronto’s east end, and police believe there is “a link” between the deadly incident and a suspicious package found in a downtown condo.

Toronto paramedics said two males and one female, all of them adults, were pronounced dead at the scene. Another person was taken to hospital.

A police source told CTV News that at least two victims were hit by a crossbow bolt and that the incident happened in the rear garage of a house. The source said that two bodies were discovered in the garage and the third was found in a driveway.

A man has been taken into custody, police said, and it doesn’t appear that any suspects are outstanding.

A brief time later, a condo building near Toronto’s waterfront was evacuated around 3 p.m. over concerns of a suspicious package.

Det. Sgt. Mike Carbone told reporters Thursday afternoon that “there is a link” between the Scarborough crime scene and the suspicious package found at 218 Queen’s Quay.

Carbone said the downtown scene has been cleared, but would not elaborate on the connection.

He also said that police are still in the process of contacting the Scarborough victims’ next of kin.

Resident Jerome Cruz told CTV News Channel that he heard someone screaming for several minutes before everything went silent. He also heard a commotion and what sounded like “banging” in his neighbour’s backyard.

“Generally it is a very quiet neighbourhood, we are very happy to live here,” he said.

Another resident said it was “scary” that the incident happened in a neighbhourhood where children are often playing outdoors.

Officers said they are investigating three different houses and are trying to determine exactly what happened.

Questions remain about how exactly the incident unfolded, including how three people could possibly be killed by a crossbow. An archery expert who spoke with CTV News Channel on Thursday said it’s “an extremely long process” to load a crossbow.

“This is quite the procedure, even if you had a cocking aid,” said Kathleen Millar, former technical and executive director of Archery Canada. “You have to lean over, pull it up -- it’s quite an onerous task … it takes quite a few seconds to get it set up in order to just cock it, and then put the bolt into the bow.”

Millar pointed out that police are still unsure about the circumstances of the alleged attack, but said that she “can’t see that more than one person could’ve been injured that way.”

“In a timeframe such as that, the possibility of being able to re-cock a crossbow to use it again in a heightened situation like that, I find it very difficult to believe that it’s possible,” she said.

With files from CTV Toronto