Why Spotify is picking a fight with Apple over Apple One 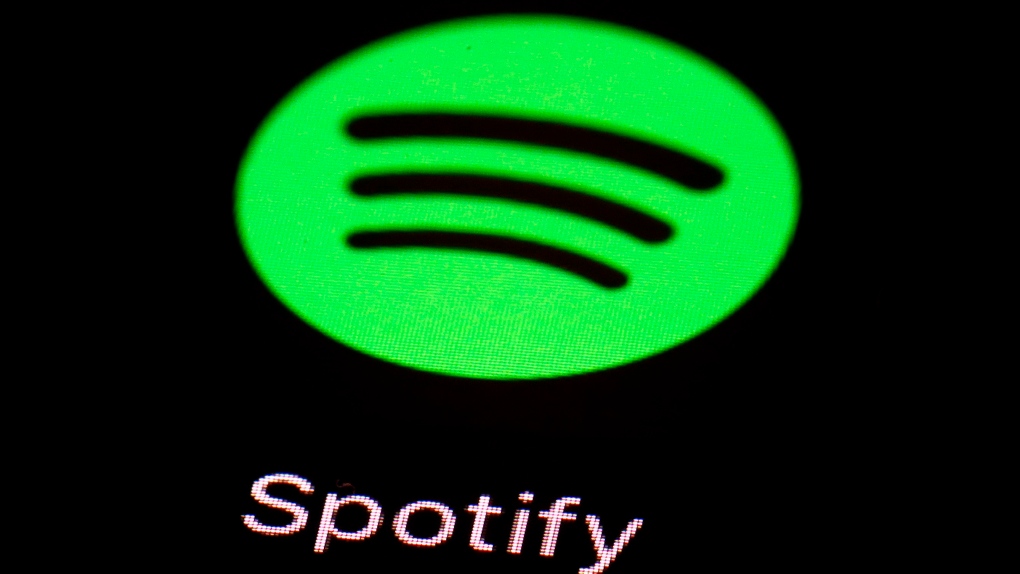 Apple's new subscription bundle, Apple One, will give consumers a chance to try out multiple new Apple services and potentially save a few bucks.

But not everyone is celebrating the new offering — namely, Apple Music competitor Spotify. Shortly after introducing Apple One on Tuesday, Spotify criticized the bundle, calling it "anti-competitive." Spotify called on regulators to look into Apple One.

European regulators in June announced formal antitrust investigations into the Apple App Store's in-app purchase policy and its Apple Pay system, following complaints from Spotify and Rakuten. In response to the investigations in Europe, Apple said it was "disappointing" to see the Commission advance "baseless complaints from a handful of companies who simply want a free ride, and don't want to play by the same rules as everyone else."

Regarding the new Apple One bundle, Spotify said: "Once again, Apple is using its dominant position and unfair practices to disadvantage competitors and deprive consumers by favoring its own services," according to a Tuesday statement from a spokesperson.

If left unchecked, Spotify says Apple's bundling of services will harm competitors, and could limit choices for consumers.

Apple says customers can still "discover and enjoy alternatives to every one of Apple's services."

"We're introducing Apple One because it is a great value for customers and a simple way to access the full range of Apple's subscription services," an Apple spokesperson said in a statement to CNN Business. "We'll be recommending the Apple One plan that saves you the most money based on the subscriptions you already have. It's perfect for anyone who loves any of our services and wants to get more for less, and it's especially great for families. Also select services included in Apple One are available to enjoy on non-Apple devices, and you can cancel anytime."

Legal experts say Spotify's argument would likely work something like this: By bundling Apple Music with other Apple services — including various combinations of iCloud, Apple TV+, Apple Arcade, Apple Fitness+ and Apple News+ — Apple could make it cheaper and easier for customers to choose Apple Music over other music subscription services like Spotify. Individual plans for Apple Music alone and Spotify both start at $9.99 per month (they also both offer $4.99 student plans), and the basic Apple One bundle starts at $14.95 per month and includes two other subscription services and 50 gigabytes of storage. So, with the bundle, consumers will get three more services for just $5 extra per month.

Some legal experts believe Spotify's claim could be legitimate enough to garner the attention of antitrust regulators. But antitrust law is complicated, and it would be a difficult fight for regulators to win.

"In both Europe and the United States, there is definitely a theory of liability under which a monopolist could be sued for tying or bundling different services together," said Chistopher Sagers, professor of law at Cleveland State University. "It's difficult though — especially under US law, it's extremely difficult to prove that tying or bundling is illegal."

Is anything wrong with bundling?

Looking at the services bundle alone, a successful antitrust complaint would have to prove, first, that Apple has significant market share (likely greater than 30%) in any one of the services being bundled, according to University of Tennessee College of Law professor Maurice Stucke. Because Apple's services are still available individually outside of the bundle, Stucke said regulators would then likely have to demonstrate that Apple had made the bundle pricing so compelling that consumers would almost certainly want to buy the bundle, even if they didn't necessarily care for all the services in it.

In that case, the argument goes, consumers would be discouraged from buying third-party companies' services.

By that analysis, a case against Apple probably wouldn't succeed. Although Apple has not released subscriber numbers for all of its services, experts believe it's unlikely any of its services in the bundle hold significant enough market share. As for the second piece, consumers can still buy Apple services individually, and a few dollars' worth of savings is probably not enough to get them to buy the bundle if they don't actually want all the subscriptions, Sagers said.

Since Apple isn't requiring consumers to buy services in the bundle, Sagers said courts are more likely to look at Apple One as an example of price competition — which isn't illegal.

"It's not that you're requiring people to buy more stuff, it's that you're making your products cheaper so people will pick them," Sagers said.

Apple's massive iOS platform, which is used on nearly 1 billion mobile devices around the world, gives it a natural advantage over other app makers: Apple pre-installs its own services on its devices. By also offering a bundle that could save consumers money on those pre-installed services, legal experts say Apple could make choosing its services both easier and more compelling than installing a rival app.

"In the Spotify context, since Apple controls iOS, by offering a bundle of these services, it's going to make it too easy to take Apple Music, and suddenly the market for these streaming services will be distorted," Ketan Jhaveri, co-founder and president of Bodhala and former Justice Department antitrust attorney, said.

That argument hearkens back to the US government's antitrust case against Microsoft in the late 1990s, in which Microsoft was charged with making it harder for consumers to access other companies' browsers because Internet Explorer came pre-installed on Windows devices. In that case, a judge found that Microsoft held monopoly power in the PC operating systems market, and that its actions had harmed consumers. Microsoft agreed to a settlement curbing some of its practices that the government had said excluded competitors.

Still, Apple could have a strong defense. It could make the argument that its iOS platform is smaller than Google's Android operating system, and people can still easily download Spotify from the App Store.

Apple could have another potential defense: The bundle is good for its customers.

"We want to make it easy for everyone to discover and enjoy" Apple's services, Lori Malm, the company's director of services said at Tuesday's event. "It's everything for the entire family, for one incredible price."

In the United States, arguments that something saves consumers money are often successful in staving off an antitrust case, Jhaveri said. "That's an argument that wins everything. If it's better for consumers, anything is possible in the United States."

As concern grows about Silicon Valley giants' power, in many cases, antitrust scrutiny of Big Tech companies centers on their ability to use their massive platforms to preference their own products and services above those from other companies.

At a Congressional hearing in July, for example, Amazon CEO Jeff Bezos was questioned about whether the company uses data from third party sellers on its platform to inform its own private-label product decisions — a key concern over the company's approach to competition. Bezos admitted that the company may have engaged in such a practice.

And the Justice Department investigation of Google has included probes into whether making Google Search the default on Android devices (the world's largest mobile operating system) disadvantages other search engines. Google has said it is cooperating with investigators, and that it is focused "on providing services that help consumers, support thousands of businesses, and enable increased choice and competition."

"There's all this underlying concern about self-preferencing," said University of Tennessee's Stucke, who also recently co-authored "Competition Overdose." "You want them to innovate, but once they start competing with others on their platforms, then there's this incentive for them to favor themselves and disadvantage rivals."

In recent years, such claims have been more successful in the European Union than in the United States, which may explain why Spotify has thus far taken its claims there.

"The EU has become the dominant regime in antitrust," Jhaveri said. "They take a nuanced view which is: If you drive out all the competitors, ultimately something will be bad for consumers."

But given the Justice Department's recent attention to antitrust concerns surrounding Big Tech, Jhaveri said Spotify could be thinking: "Hey, there may be an audience with the Trump administration right now."