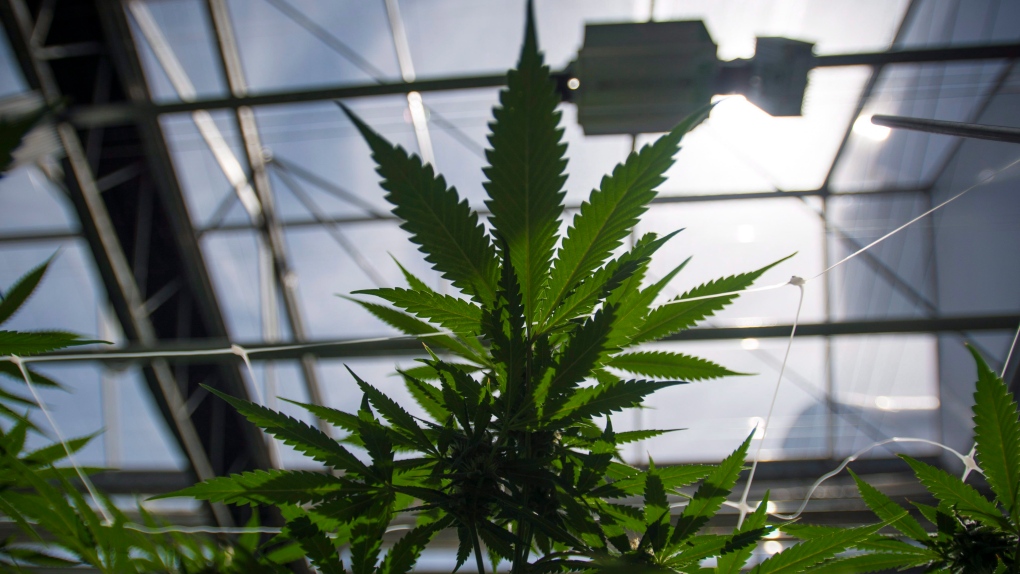 Cannabis plants are photographed during the grand opening event for the CannTrust Niagara Greenhouse Facility in Fenwick, Ont., on Tuesday, June 26, 2018. (THE CANADIAN PRESS / Tijana Martin)

The company, which has been under fire since it disclosed in July that Health Canada had discovered illicit cultivation in unlicensed rooms at its Pelham, Ont., greenhouse, says the TSX is reviewing the listing because of its failure to file its recent financial statements.

The TSX has told the company if it is unable to make the disclosures by March 25, 2020, the company's securities will be delisted 30 days following that point.

CannTrust says it is working with its independent auditor and expects to file the financial statements and related disclosure before the deadline.

Health Canada suspended CannTrust's licenses to produce and sell cannabis in September. The company has submitted a detailed remediation plan to Health Canada and expects to complete the work described in the plan by the end of the first quarter of 2020.

In the wake of its disclosure of illicit cultivation, the company fired its CEO "with cause" and asked its chairman to resign after the board discovered new information during an internal investigation.

The company's shares surged briefly on Oct. 15 when it announced plans to destroy $77 million worth of cannabis plants and inventory as part of its efforts to comply with Health Canada regulations.

CannTrust announced Oct. 25 that it was laying off as many as 140 people -- roughly one quarter of its workforce -- while it works to regain its federal licences to sell and produce pot.

It said the cuts were expected to result in monthly cash savings of about $400,000 and cost up to $800,000 in severance payments if the employees are not recalled within 35 weeks.

The legal cannabis sector has struggled since Canada legalized the product in October of 2018, suffering from supply shortages and a lack of retail outlets, particularly in Ontario.

CannTrust shares were down five cents, or 4.46 per cent, at $1.07 in midday trading on The Toronto Stock Exchange.

This report by The Canadian Press was first published Nov. 27, 2019