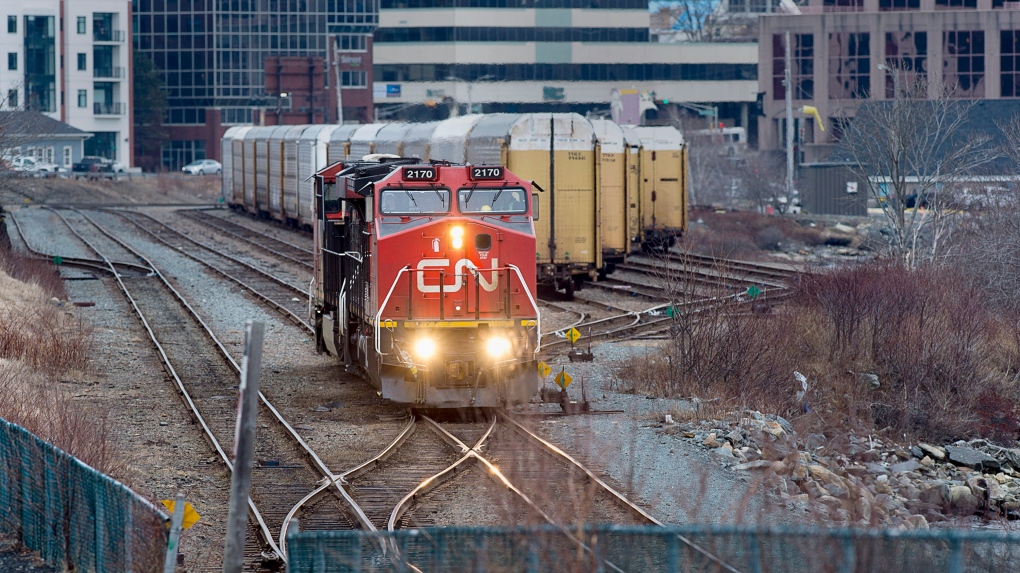 In this file photo, a CN Rail diesel electric locomotive moves through the rail yard in Dartmouth, N.S. on Thursday, March 29, 2018. THE CANADIAN PRESS/Andrew Vaughan

MONTREAL - Canadian National Railways conductors, trainpersons and yardpersons have threatened to launch a strike in three weeks after six months of negotiations.

The Teamsters Canada Rail Conference disclosed Monday that its 3,000 members voted 99.2 per cent last month in favour of a strike.

The union is trying to put pressure on the Montreal-based railway ahead of a resumption of negotiations with the help of federal mediators on Nov. 12.

The workers, who are mostly located in major urban centres across Canada, have been without a contract since July 23.