Macy's Terry Lundgren to step down as CEO next year 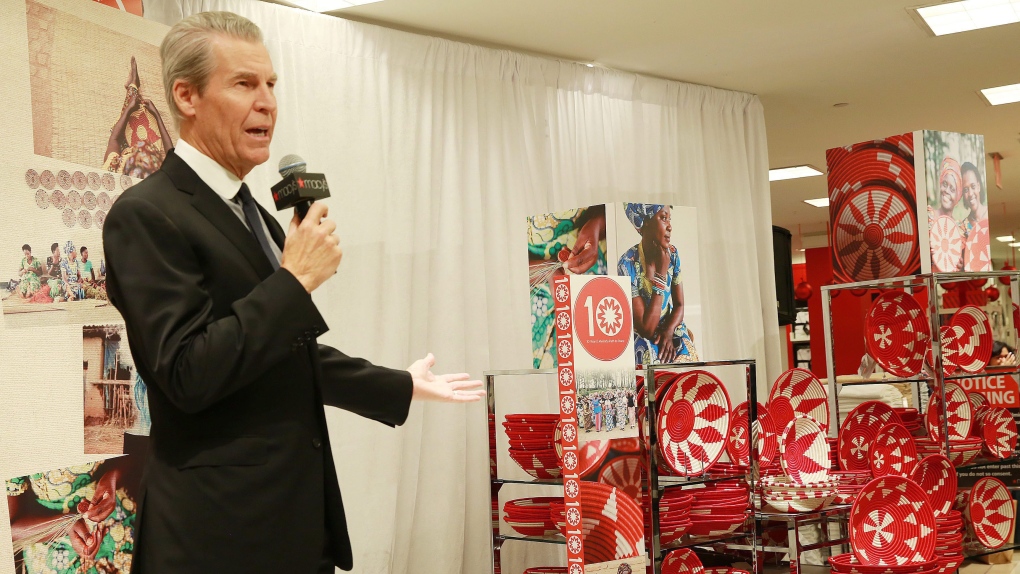 NEW YORK -- Macy's longtime CEO Terry Lundgren, who spearheaded a landmark acquisition that created a powerhouse national department store chain, will step down early next year, the company announced Thursday as it struggles to reinvent itself amid online competition and changing consumer habits.

Lundgren, 64, will be replaced by Macy's President Jeff Gennette, 55, who was promoted to that role from chief merchandising officer nearly two years ago. Gennette, whom Lundgren describes as a skilled merchant and retail operator, will assume additional management responsibility during the transition.

"I am counting on leaving this company in better hands," Lundgren told The Associated Press.

Lundgren, who has been CEO since 2003 and will remain as executive chairman, said the announcement was part of a "very orderly planned succession" and noted that he could have made the change last year, but business started to really soften.

"We wanted to make sure we had all the pieces of the puzzle in place," he said, adding that his turning 65 next year makes for good timing. "I am not going to work forever," he added.

The move is a good one for Macy's, said Stifel analyst Richard Jaffe, citing Gennette's experience at the company that operates about 870 department stores, and Lundgren's continued involvement. Shares of Macy's Inc. rose almost 2 per cent, or 57 cents, to close at $33.38. Thursday. But Jaffe noted that "driving sales remains an ongoing challenge."

Lundgren has been credited for nearly doubling sales during his tenure, and led the acquisition of May Department Stores Co. in 2005. The deal involved the then-Federated Department stores buying May for $11 billion and it involved converting a slew of May's brands including Hecht's and Marshall Fields into Macy's banners. Lundgren defied naysayers who thought the acquisition would be a disaster, and soon began leading a move to tailor store merchandise to local markets. That helped create customer loyalty. And under his tenure, Macy's became one of the top six online retailers in the U.S.

But Macy's, which had been a stellar performer since the recession, has struggled with slower growth over the past year and a half. Macy's had overall sales of $27.08 billion for the year ended Jan. 30, down nearly 4 per cent from the previous year. In May, it slashed its full-year profit and revenue outlook for the year after weak results in the spring and during the holiday season. In May, it reported its fifth straight decline for a key sales measure, with the declines accelerating.

Retailers overall have been feeling squeezed but department stores in particular have been hit hard as their core offering has been clothing. People are spending more of their money on home improvement as well as experiences like restaurants and travel. When they are buying clothes, they're shopping at discounters like TJ Maxx and others.

Macy's, which also operates the upscale Bloomingdale's stores, also faces an increasing threat from Amazon.com, which is expected to unseat the department store chain as the largest U.S. seller of clothing next year.

Rivals like Kohl's and J.C. Penney are looking for new growth opportunities. J.C. Penney, for example, has said it will be less reliant on apparel and is bringing back major appliances this year after abandoning that category 30 years ago.

Under Lundgren, Macy's has also been looking for opportunities, from buying upscale beauty brand Bluemercury to launching its own off-price stores called Macy's Backstage. The company began a joint venture with Chinese online giant Alibaba Group to open an online store on its shopping mall site.

Macy's also combined its merchandising organizations for online and stores to try to create a more seamless shopping experience. And has been a leader in using its stores as distribution hubs to ship goods to shoppers' homes.

But against a weakening sales picture, Macy's announced in May it was accelerating initiatives to get shoppers excited. It said it planned to look for new ways to cut expenses and use that money for more sales help at the stores and online. And it's expanding its offerings on exclusive launches, including one backed by Sir Elton John and Lady Gaga.

Gennette, who began his retail career in 1983 as an executive trainee at Macy's West in San Francisco, said he will tackle several initiatives to spur growth but declined to be specific.

"We believe in innovation. We are well on our way," he said. "We are also clear that big choices need to be made."

Lundgren said Thursday he believes his biggest achievement has been the people around him, saying he has created the "strongest, most talented team in the retail industry."