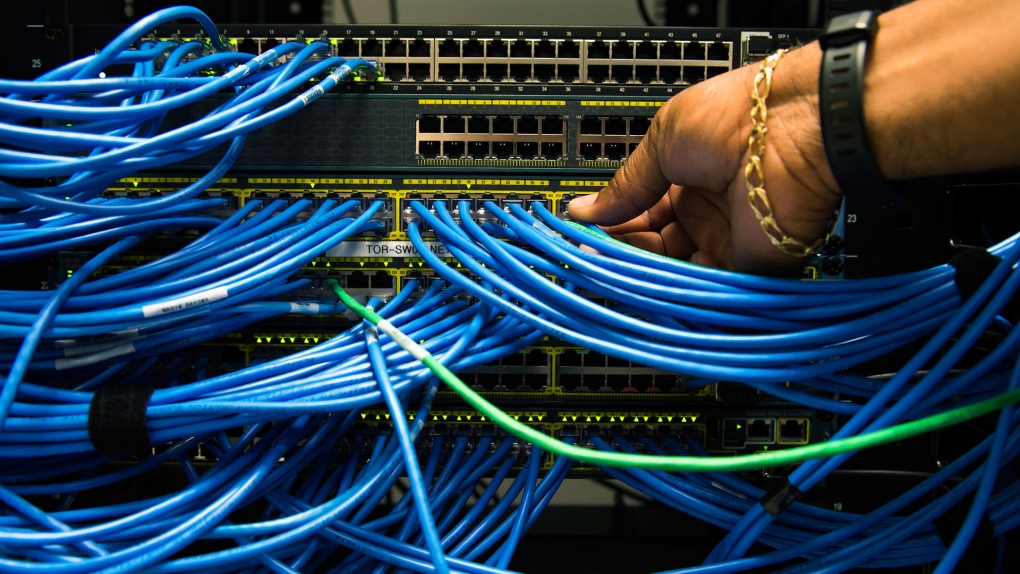 Networking cables and circuit boards are shown in Toronto, on Nov. 8, 2017. (Nathan Denette / THE CANADIAN PRESS)

TORONTO -- The Trudeau government's plan to shepherd the economy safely past the COVID crisis includes its long-standing promise to make sure all parts of Canada have access to high-speed internet.

The throne speech read Wednesday by Gov. Gen Julie Payette to mark the reopening of Canada's Parliament said the Liberal government will accelerate efforts to ensure Canadians in rural areas have better access to the vital communications lifeline.

Payette said that more people have worked, studied, shopped and accessed government services remotely in the past six months, making internet connectivity more important than ever.

"The government will accelerate the connectivity timelines and ambitions of the Universal Broadband Fund to ensure that all Canadians, no matter where they live, have access to high-speed internet," she said.

As with most throne speeches, this one was a broad outline of the government's plans -- which are subject to the Liberals remaining in power despite their minority status in the House of Commons since last year's election.

The Liberal budget released in March 2019 said the $1-billion Universal Broadband Fund -- one of several initiatives to spread high-speed internet service throughout the country -- would focus on extending "backbone" infrastructure to underserved communities.

The fund was the largest portion of the budget's commitment to spend up to $1.7 billion over 13 years for high-speed internet initiatives, including $600 million for advanced satellites that can serve Canada's most remote communities.

However, that budget came a full year before the federal and provincial governments enacted far-reaching stay-at-home orders to limit the spread of the COVID-19 virus that first emerged in late 2019.

Canada's telecommunications industry has been generally recognized, by the government and others, for its ability to adjust quickly and maintain operations during the pandemic.

The promise, made last year as the Trudeau government positioned its re-election campaign, became more difficult to deliver after the Liberals failed to win a second majority.

What's more, Canada's large internet service providers objected to an August 2019 regulatory decision that slashed what they can charge their independent wholesale customers.

Those low rates aren't in force, due to appeals, but the industry's heavy-hitters have said repeatedly they'll have less money for building in rural and remote areas if the rates stand.

This report by The Canadian Press was first published Sept. 24, 2020