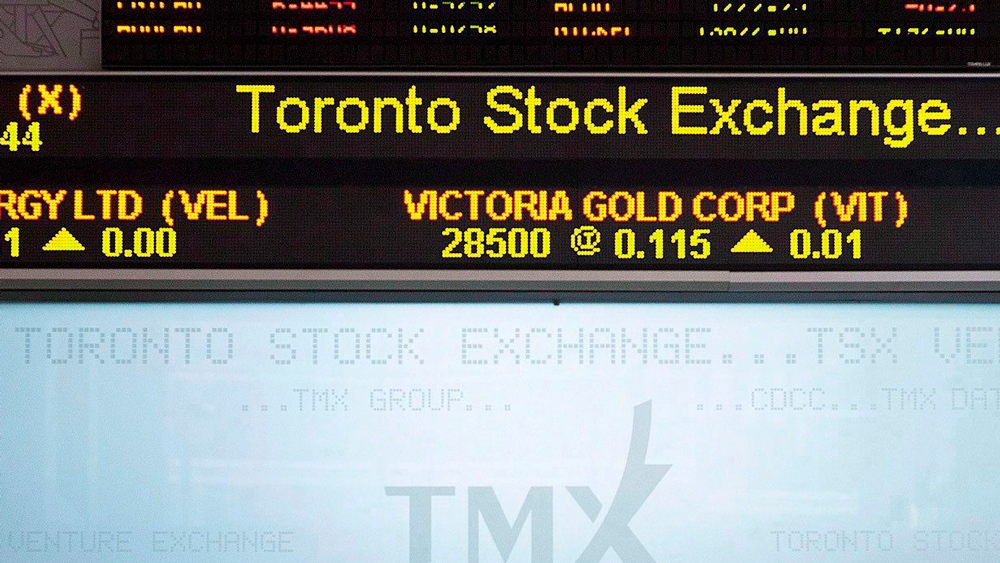 TORONTO -- Canadian stock market activity soared in February as an investor frenzy for stocks such as BlackBerry Ltd.'s was accelerated by surplus cash from COVID-19 lockdowns.

"In parallel with our peer exchanges in the U.S., there has been an increase in overall activity from the retail segment of our client base, with a particular interest in companies in technology and life sciences," a TMX spokesperson wrote in an email.

The average daily volume in February was 1.38 billion, with nearly 1.9 million transactions valued at a total of nearly $13.3 billion.

Total volumes in the first two months of 2021 doubled to 46.8 billion compared with the same period in 2020 while the number of transactions increased 46 per cent to over 66.8 million. The value of transactions totalled nearly $478.8 billion, up 34 per cent.

"I can't tell you how many investors right now are chasing stocks," he said in an interview.

"They're looking for any name that they think is undervalued, that will do well as economies, markets and countries start to come out of COVID (and) people start to re-enter into a normal world again."

Belief that people will want to travel once restrictions are lifted has propelled investors to buy Air Canada, for example, whose shares have surged 23 per cent so far this year after suffering deep declines during the worst of the pandemic.

"Anything that trades on the TSX that makes sense from a reopening standpoint, people are going to get involved in," Small said.

"It's one of those points in time where many people, and I'm included, believe that there's really nothing holding us back other than ourselves right now and once these restrictions are removed these stocks are going to reflect this pent-up demand."

The sentiment has caused many investors to be "greedy," Small said.

"We're all being greedy. We're trying to chase the high flyers and sometimes it doesn't end well."

Interest goes beyond quality, large-cap stocks to penny stocks, cannabis names or whatever else is the flavour of the day, week or month.

That includes the Reddit crowd, which spawned a social media-based movement that sent shares of companies like BlackBerry Ltd. and GameStop in the U.S. soaring.

"They're going in heavy and they're getting in and out quick."

Small said Canadians who have remained employed through the pandemic are investing from the mountains of cash they're sitting on by not having to commute to work.

There were an average of 1.5 million transactions a day, valued at a total of $11.5 billion, up from 1.26 million in January worth nearly $10 billion.