Feds explore nickel coin's use, but no plans to send it the way of the penny 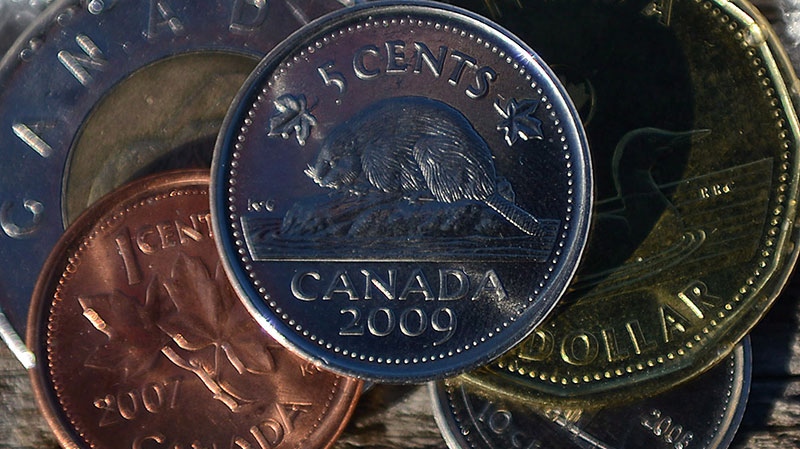 A Canadian nickel is pictured in Ottawa on Monday, January 2, 2013. (Sean Kilpatrick / THE CANADIAN PRESS)

OTTAWA -- An internal federal analysis shows the government has studied the pros and cons of the nickel -- but Ottawa insists it has no plans to force the five-cent coin into retirement, as it did the penny.

When the Royal Canadian Mint yanked the penny from circulation in 2013, the nickel became the country's smallest circulating denomination of pocket change.

Since then, many people have expected it would only be a matter of time before Ottawa also eliminated the nickel.

Much of the April document, obtained by The Canadian Press under the Access to Information Act, was blacked out, including the "assessment" portion that likely discussed the coin's future.

The uncensored portions of the memo explored the significance of the nickel in a post-penny era.

"As there are virtually no goods or services that can be purchased for a nickel, or several multiples thereof, the coin is generally used only to make change as part of larger transactions," said the memo, prepared for deputy finance minister Paul Rochon.

"The purchasing power of the nickel has eroded over time, relative both to prices and incomes."

The nickel's purchasing power has tumbled 40 per cent over the last 25 years, the study said. Over a century ago -- in 1914 -- the nickel was worth more than a loonie in today's terms, the document added.

The nickel entered circulation in 1858, when the Royal Mint in Britain produced them for the province of Canada. The Royal Canadian Mint started pumping out five-cent pieces in 1908 -- and has since made 5.55 billion of them.

The memo says all G8 countries have a coin denomination equal to the Canadian nickel, but notes that New Zealand and South Africa have jettisoned their nickels over the past decade.

Still, Ottawa "has no plans to discontinue the nickel," Finance spokesman David Barnabe wrote in an email.

One reason to keep the nickel around could be due to the fact it's still cost effective to mint them -- and it may even become profitable.

The Royal Canadian Mint doesn't share production costs for any of its circulation coins because it competes internationally for manufacturing contracts, a spokesman said.

"However, we can confirm that the cost of manufacturing a five-cent circulation coin remains well below its face value," Alex Reeves wrote in an email.

The memo said new legislation will strip pricey management fees from the production costs for coins and will essentially guarantee profits for the mint going forward. The change should give Canadian coins "at least modest" seigniorage -- the difference between the value of the coin and the combined cost of the metal stock and the minting process.

The coin got its name because, at one time, it was made almost entirely of nickel. Today, it's mostly steel with a bit of copper and nickel plating.

Some observers expect the nickel to meet the same fate as the penny -- and soon.

A senior economist from Desjardins released a study in May that predicted the government will eliminate the nickel within five years.

"Due to gradual increase in the cost of living and decreased buying power of small coins, the time will come when the nickel will have to be taken out of circulation," Hendrix Vachon wrote.