China is sounding the alarm about a global market bubble

Laura He and Jill Disis 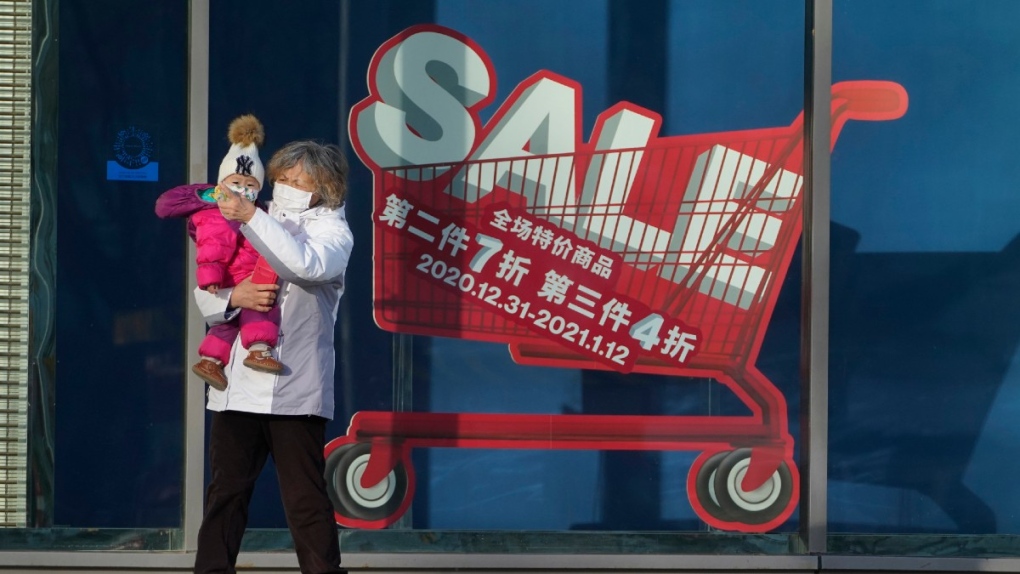 One of China's most powerful financial officials is sounding the alarm over a bubble in global markets.

Guo Shuqing, the Communist Party boss at the People's Bank of China, told reporters in Beijing on Tuesday that confidence in Chinese markets could be hit by volatility around the world.

"We are really afraid the bubble for foreign financial assets will burst someday," said Guo, who is also chairman of China's Banking and Insurance Regulatory Commission.

Guo's warning follows concerns expressed elsewhere that bubble-like behaviour is spreading through financial markets. Wall Street banks have been fielding questions from clients about whether the runaway equity boom will be followed by a crash resembling the bursting of the dot-com bubble burst 21 years ago.

Investors, hedge fund managers and former central banking officials have all expressed concerns too, as Wall Street trades near record highs even as the United States continues to grapple with the effects of the coronavirus pandemic.

Guo echoed such fears, adding that the rallies in U.S. and European markets don't reflect the underlying economic challenges facing both regions as they try to recover from the brutal pandemic recession.

"Such [a] bubble bust could trigger substantial foreign capital inflow to China," wrote analysts at Mizuho Bank in a research note, adding that the regulator said he would study "effective measures" to encourage the free flow of capital while avoiding shocks to financial markets. A huge rush of funds into China could destabilize the world's second biggest economy by rapidly inflating its currency, assets and prices.

The Chinese banking leader also said he's worried about whether China's property sector is at risk of volatility too — an issue that analysts say implies that the country may be ready to tighten its purse strings. President Xi Jinping told an economic conference late last year that the country needs to stabilize the property market in 2021, and Beijing has already taken some measures to do that. In December, regulators issued rules intended to limit lending to the property sector.

Local governments in China, meanwhile, have stepped up measures since the start of this year to cool the market down, including by restricting purchases and reining in developers.

Guo's remarks shook markets in the region. The Shanghai Composite and Hong Kong's Hang Seng Index were both trending upward before Guo's speech, building on Wall Street's rally Monday. But both indexes reversed course soon after. Shanghai's benchmark was down 1.2%, while the Hang Seng fell 1.3%.

Other indexes in the region also fell: Australia's S&P/ASX 200 slumped 0.4%, while Japan's Nikkei 225 dropped 0.9%. South Korea's Kospi was the outlier, trading up 1% after markets there were closed Monday for a holiday.

"This indicates how sensitive markets are to policy accommodation being taken away," wrote Stephen Innes, Chief Global Markets Strategist at Axi, in a Tuesday note. "It also highlights that central banks will run at different speeds in pulling away from last year's crisis."

Guo's comments also reflect concerns from Beijing about the risk that rising debt poses to the economy. Property loans accounted for nearly 30% of total loans issued in yuan by the end of 2020, according to central bank data.

And some in China have already been suggesting that it's time for the country to taper fiscal and monetary support — including former finance minister Lou Jinwei, who in December said that a "gradual exit" from loose policy will help stabilize and eventually reduce China's debt ratio.

China spent hundreds of billions of dollars last year in a bid to shore up the country's economy after the pandemic hit. Its efforts to spur activity — including through major infrastructure projects and by offering cash handouts to stimulate spending among citizens — appeared to pay off, as the economy grew 2.3% last year.

Now the country is looking to keep that momentum going while measuring how much monetary support will actually be needed. It's also balancing the recovery with a plan to ensure that some 40% of its population receives COVID-19 vaccines by the end of June — a number that amounts to more than half a billion people.