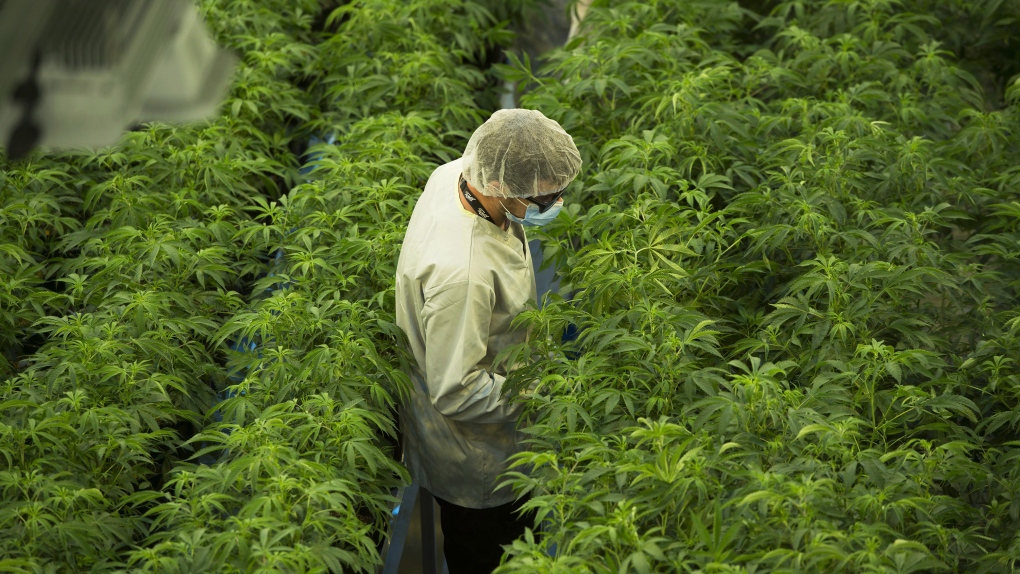 The Smiths Falls, Ont. company says its consumer sales dropped by 12 per cent when it was forced to close its 22 stores until mid-May during the health crisis.

"We know there is more work ahead of us and we expect (the next year) to be a transition year for us," David Klein, Canopy's chief executive, said Monday on a call with analysts.

His remarks come after Canopy embarked on a restructuring that has already involved multi-million-dollar writedown, facility closures and cutting more than 18 per cent of its workforce.

The cannabis company, based in Smiths Falls, Ont.. had a net loss of $128.3 million or 30 cents per diluted share in the second quarter of its 2021 financial year.

That compared with a net loss of $194.1 million or 54 cents per share during the same period a year ago.

Analysts had expected a loss of 43 cents per share for the period ended June 30, according to Thomson Reuters Eikon.

Canopy spent much of the quarter dealing with the COVID-19 pandemic, which caused "minimal" disruption to its production, but triggered a temporary closure of its 22 retail locations.

A Canopy spokesperson told The Canadian Press in July that it had just conducted "a small number of layoffs" again, but declined to provide figures for the number of jobs lost.

Klein and Mike Lee, Canopy's executive vice-president, said Monday that the restructuring was going well because operational spending fell 23 per cent year-over-year and net revenues was up.

Canopy delivered a net revenue of $110.4 million in its latest quarter, up from $90.5 million a year ago.

It attributed the growth to higher medical cannabis sales in Canada and Germany, strong vaporizer sales and the benefit of a full quarter of contribution from a pair of acquisitions.

The company has also been zeroing in on improving its flower quality to help it compete in the busy market.

"We are optimizing our drying processes to raise the moisture content of our flower products and we are also looking at maximizing aroma and terpene profiles (aromatic oils that produce distinct flavours) throughout our drying and curing processes," said Klein.

"We are working with sensory panels to ensure our products align with consumer preferences."

The U.S. has also been an area of emphasis lately for Canopy, which recently launched an ecommerce site for cannabidiol products and expanded distribution of vaporizer products in the market.

Looking forward, Klein said the company is preparing to launch Martha Stewart branded health and wellness CBD products next month and is hoping to continue growing the popularity of its Tweed, Houseplant and DeepSpace beverages.

Since late March, Klein said Canopy had shipped 1.2 million of the drinks.

This report by the Canadian Press was first published Aug. 10, 2020.