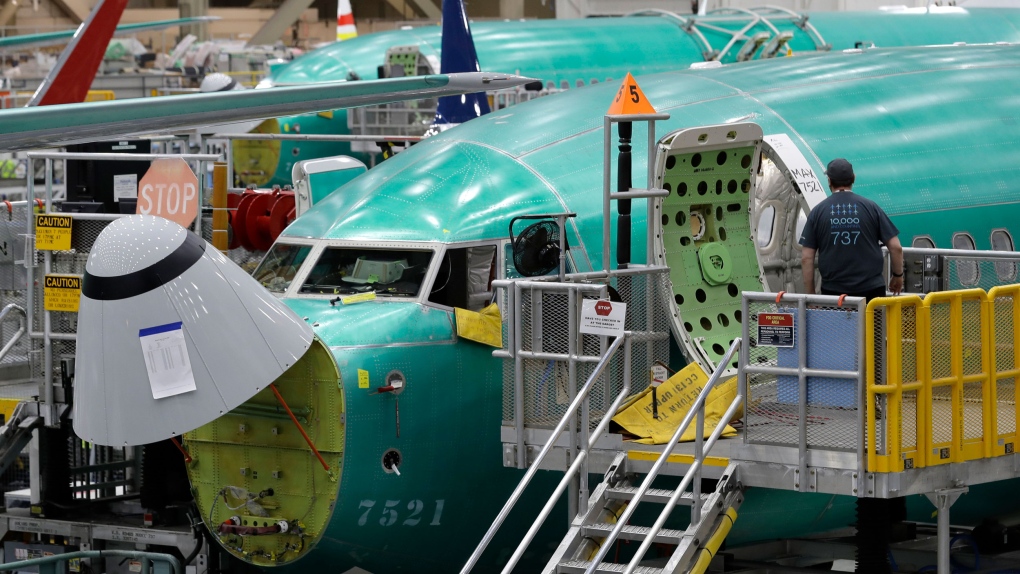 Boeing said Tuesday that it found debris contaminating the fuel tanks of some 737 Max jets that it built in the past year but was unable to deliver to airline customers.

A Boeing official said the debris was discovered in "several" planes but did not give a precise number. Boeing built about 400 undelivered Max jets before it temporarily halted production last month.

The fuel tank debris was discovered during maintenance on parked planes, and Boeing said it immediately made corrections in its production system to prevent a recurrence. Those steps include more inspections before fuel tanks are sealed.

A Boeing spokesman said that the issue would not change the company's belief that the Federal Aviation Administration will certify the plane to fly again this summer.

An FAA spokesman said the agency knows that Boeing is conducting a voluntary inspection of undelivered Max planes.

The FAA "increased its surveillance based on initial inspection reports and will take further action based on the findings," said spokesman Lynn Lunsford.

Metal shavings, tools and other objects left in planes during assembly can raise the risk of electrical short-circuiting and fires.

Mark Jenks, Boeing's general manager of the 737 program, said in a memo to employees who work on the 737, "During these challenging times, our customers and the flying public are counting on us to do our best work each and every day."

Jenks called the debris "absolutely unacceptable. One escape is one too many."

Max jets were grounded around the world last March after two crashes killed 346 people. Boeing is conducting test flights to assess updates to a flight-control system that activated before the crashes on faulty signals from sensors outside the plane, pushing the noses of the aircraft down and triggering spirals that pilots were unable to stop.

While investigators examining the Max accidents have not pointed to production problems at the assembly plant near Seattle, Boeing has faced concerns about debris left in other finished planes including the 787 Dreamliner, which is built in South Carolina.