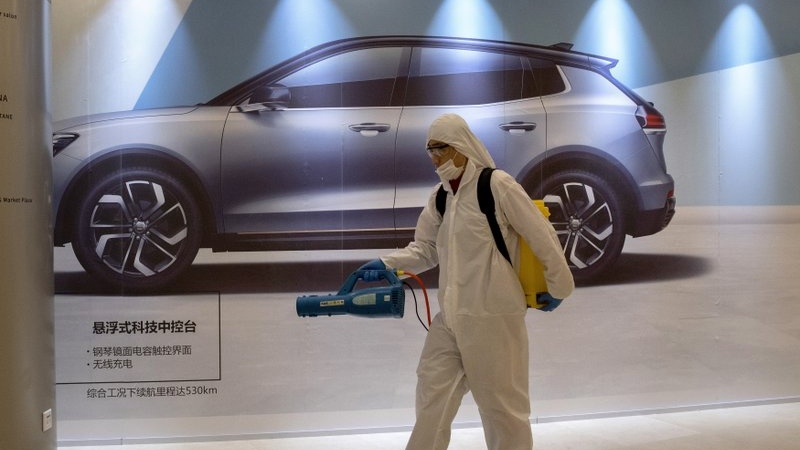 In this Feb. 12, 2020, photo, a worker disinfects a mall near an advertisement for a car in Beijing, China. (AP Photo/Ng Han Guan)

BEIJING -- The Beijing auto show, the industry's biggest global event of the year, is being postponed in response to the spread of China's new virus.

Auto China 2020, originally scheduled for April 21-30, is being pushed back to an undetermined date, the organizers announced.

The Beijing event and a companion auto show held in Shanghai in alternate years are increasingly important to automakers that are trying to reverse a sales slowdown in China's market, the world's biggest.

Other events including the Shanghai Formula 1 Grand Prix, a major arts festival in Hong Kong and the mobile phone industry's biggest conference of the year in Spain also have been cancelled or postponed due to the virus.

China is also considering whether to postpone the meeting in March of its ceremonial parliament.

This story corrects reference to when the auto show is held, switching between Beijing and Shanghai each year.