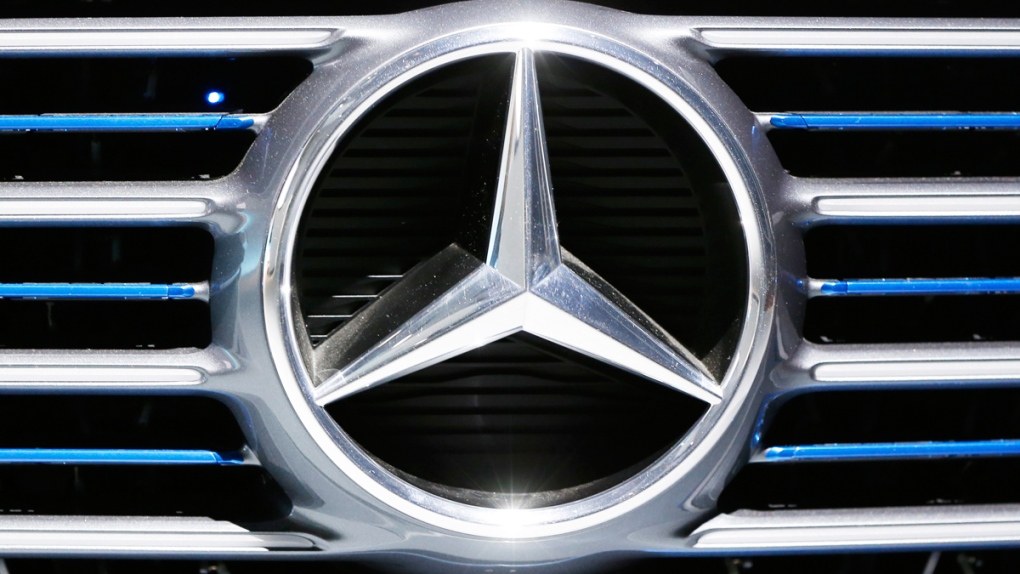 A Daimler logo is fixed at the front of a concept car in Stuttgart, Germany. (Michael Probst / AP)

FRANKFURT -- Daimler, the maker of Mercedes-Benz luxury cars and Freightliner trucks, saw third-quarter profit rebound as the company clamped down on costs and auto sales recovered after the coronavirus lockdowns of earlier in the year. The company raised its outlook for expected earnings.

Highly profitable vehicles such as the GLA, GLB and GLS sport-utility vehicles boosted earnings, as did the economic recovery in China, said CFO Harald Wilhelm. The existing version of the S-Class luxury sedan also did well even though it is being replaced by a new model.

The company said Friday it now expects full-year operating earnings to equal those from 2019, before the virus. Previously it had said it expected to make a profit below last year's. Daimler shares were up 2.5% in midday trading in Europe.

Quarterly net profit rose to 2.16 billion euros ($2.54 billion), up 19% from 1.81 billion euros in the same quarter a year ago -- and improving on a net loss of 1.9 billion euros from the second quarter during the worst of the lockdown. Sales revenue fell 7% to 40.28 billion euros but the company still increased profits as it held down costs and saw more profitable vehicles take a larger proportion of its sales.

The Mercedes-Benz luxury car division made a strong contribution thanks to cost containment efforts and better prices, the company said, turning in a 9.4% profit margin on sales that held up well in comparison to the pre-COVID-19 period. Operating profits, which exclude one-time expenses and financial items such as interest and taxes, rose to 2.42 billion euros from 1.87 billion euros in the same quarter the year before.

The company saw strong cash flow and has 13.1 billion euros in net liquidity, resources it can use to develop new technologies such as electric cars and digital services. The improved profits and cash pile come as German automakers have steadied themselves against the coronavirus headwinds; BMW on Oct. 19 announced its free cash flow exceeded market expectations in the quarter with 3.1 billion euros. BMW announces full earnings Nov. 4.

Despite the recent rebound, automakers face risks from the recent increase in infections, which are already leading to some new restrictions on activity. Daimler AG said that its outlook assumed no new widespread lockdowns.