Aurora Cannabis shares down after it misses own Q4 revenue guidance 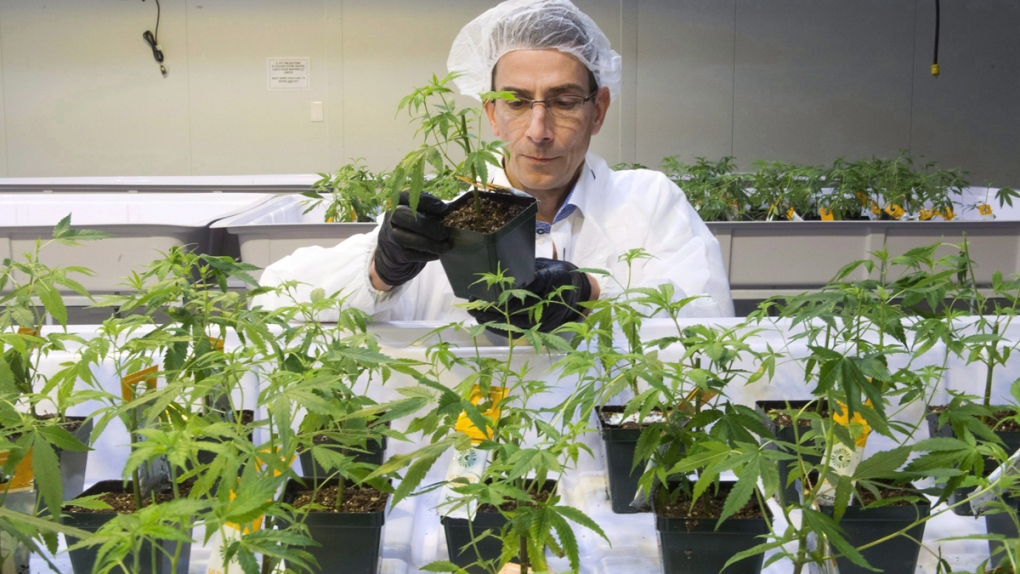 Shares of Aurora Cannabis tumbled by nearly nine per cent after the pot producer's fourth-quarter revenues fell short of its own guidance and signalled a longer pathway to profitability, pointing to the slow rollout of brick-and-mortar retail cannabis stores.

Chief corporate officer Cam Battley said the revenue miss "shouldn't have happened," but noted that it stemmed from some of the company's non-core cannabis revenues, such as analytical testing and patient counselling.

He added that while the company had earlier anticipated it would reach positive EBITDA in the latest quarter, it will likely be in the fiscal 2020 year given that fewer than expected retail outlets have opened their doors.

"If there were a broader retail infrastructure, and more stores available in Canada and open, that pretty likely would have made the difference toward us reaching that milestone," he said in an interview.

The Edmonton-based company's stock slipped as low as $7.72 in morning trading on the Toronto Stock Exchange on Thursday, down 9.2 per cent from its previous close of $8.51, but had recovered slightly to close at $7.75.

Aurora reported $98.9 million in net revenues for the quarter ended June 30, up from $19.1 million a year ago but lower than the range of between $100 million and $107 million predicted in company estimates released last month. Analysts had expected revenues of $108.25 million, according to financial markets data firm Refinitiv.

The cannabis company also reported an adjusted loss before interest, taxes and depreciation of $11.7 million, an improvement from a loss of $36.6 million in the third quarter but not positive EBITDA, as the company previously said it would like to reach at this stage.

"We are still at the mercy, I think, of the timing of the retail footprint rollout," Ibbott said on a call with analysts on Thursday.

"We're excited that Ontario has licensed a number of new stores, but you know they should be licensing hundreds of new stores. So there is still a lot of room to go, and the timing of that will dictate how exactly how large the market grows."

It's been nearly one year since Canada legalized cannabis for recreational use, starting with flower, seeds, plants and oils, in October. However, the footprint of legal pot stores has been slower to develop in some provinces than others. For example, while Alberta already hundreds of licensed retailers, Ontario will have 75 retail outlets by October of this year, after the latest lottery process for the opportunity to apply for the 50 new licences.

Ibbott added that it is unclear when provincial and territorial governments will start taking products for the legalization of edibles, vapes and topicals later this year. These new categories of products are due to hit retail shelves in mid-December at the earliest.

Tamy Chen, an analyst with BMO Capital Markets, said Aurora's latest results were "mixed." While the pot producer expanded its share of the recreational market during the quarter, Aurora indicated that their sales volumes may be "volatile" from quarter to quarter, she said in a note to clients.

While the currently limited number of retail stores is a temporary issue, it is unclear how quickly this bottleneck could be resolved in the quarters ahead, Chen said.

"In addition, we consider that potential challenges associated with the value-add product roll-out may not be fully recognized at this point," she wrote in the note. "We believe there will likely be bottlenecks in industry distribution channels that would limit the sell-in of these products to provinces and retailers in H1/20."

While the initial post-legalization rollout -- starting with flower, seeds, plants and oils -- was fraught with supply chain issues, Battley expects the launch of so-called Cannabis 2.0 to be much better.

There is more infrastructure in place now, and the distribution points already have experience, he added.

"It's likely to be a little bit bumpy at the beginning... But I would imagine it will likely be smoother than it was the first time around."