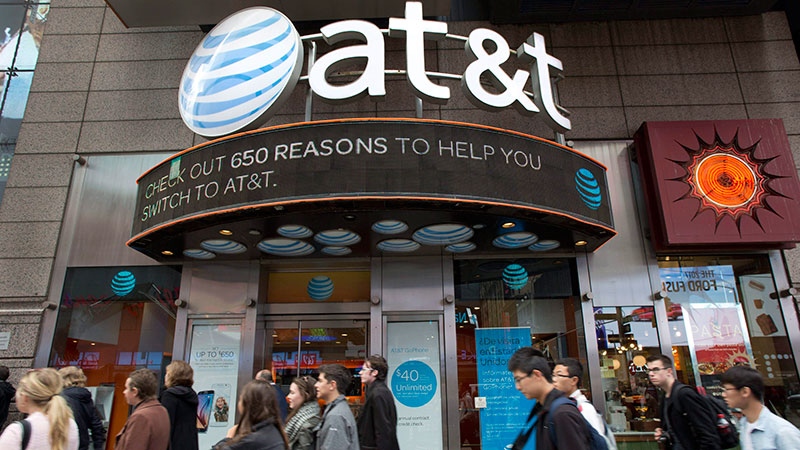 Waiting in the wings are potential big-billions deals involving 21st Century Fox and Disney, Verizon and CBS, T-Mobile and Sprint. Comcast and Verizon are also jockeying for position.

WASHINGTON -- Brace yourself for a likely new era of media megamergers.

AT&T's victory over the government's attempt to block its US$85 billion takeover of Time Warner underscores just how much the way people watch -- and pay for -- TV has changed. It also highlights how corporate America wants to adapt to deal with its new environment. In short: Bigger is better.

The government argued that the merger would stifle competition and lead to higher cable bills. But U.S. District Judge Richard Leon ultimately agreed with AT&T's assertion that it had to grow to survive in the era of Google, Amazon and Netflix.

"It really was a stunning rebuke of the Department of Justice," said media analyst Craig Moffett. "Judge Leon was wholly unpersuaded by their case."

The ruling could open the floodgates to deal making in the fast-changing worlds of entertainment production and distribution. Major cable, satellite and phone companies are bulking up with purchases of entertainment conglomerates to compete against rivals such as Amazon and Google.

Waiting in the wings are potential big-billions deals involving 21st Century Fox and Disney, Verizon and CBS, T-Mobile and Sprint. Comcast and Verizon are also jockeying for position.

A combined AT&T-Time Warner could also get a boost from the official end of net neutrality, the Obama-era rules that barred broadband and wireless companies from favouring their own services to the detriment of rivals like Netflix. As of this past Monday, AT&T and Verizon can prioritize their own movies and TV shows, to the likely disadvantage of rivals such as Amazon, YouTube and future startups.

The result for consumers? More options, especially if they're AT&T customers already, said GBH Insights analyst Dan Ives. He said consumers can expect to more things to watch and more streaming options, like bundled packages with HBO, CNN or sports.

"It's a major shot across the bow at other wireless and cable providers," Ives said. But he acknowledged that consumers might eventually end up paying more, too.

Leon said the government failed to prove that the merger would lead to higher prices and other harm to consumers. Despite Justice Department lawyers taking their "best shot," he said, their evidence was "too thin a reed for this court to rely on."

The judge added that he wouldn't temporarily block the merger for a possible appeal by the government. The "drop dead" deadline for completing the merger is June 21. If it's not wrapped up by then, either company could walk away, and AT&T would have to pay a $500 million breakup fee.

The ruling was a stinging defeat for the Justice Department. Opposing the merger forced federal antitrust lawyers to argue against standing legal doctrine that favours mergers among companies that don't compete directly with each other.

Another wild card: When first announced in October 2016, the deal drew fire from then-candidate Donald Trump, who promised to kill it "because it's too much concentration of power in the hands of too few." Trump has also publicly feuded with Time Warner's CNN, calling it "failing" and a purveyor of "fake news." The president's statements didn't come up during the trial.

John Bergmayer, senior counsel at the consumer group Public Knowledge, said the decision could have long-lasting negative effects thanks to "the many other mergers it will encourage." In a statement, Bergmayer called for "reinvigorated regulatory oversight of the video marketplace."

Dallas-based AT&T is a wireless, broadband and satellite behemoth that became the country's biggest pay-TV provider with its 2014 purchase of DirecTV. It claims about 25 million of the 90 million or so U.S. households that are pay-TV customers.

AT&T general counsel David McAtee said the company plans to close the deal on or before June 20.