'They're trying to stop me,' says Lewis Hamilton after being handed time penalty at Russian GP 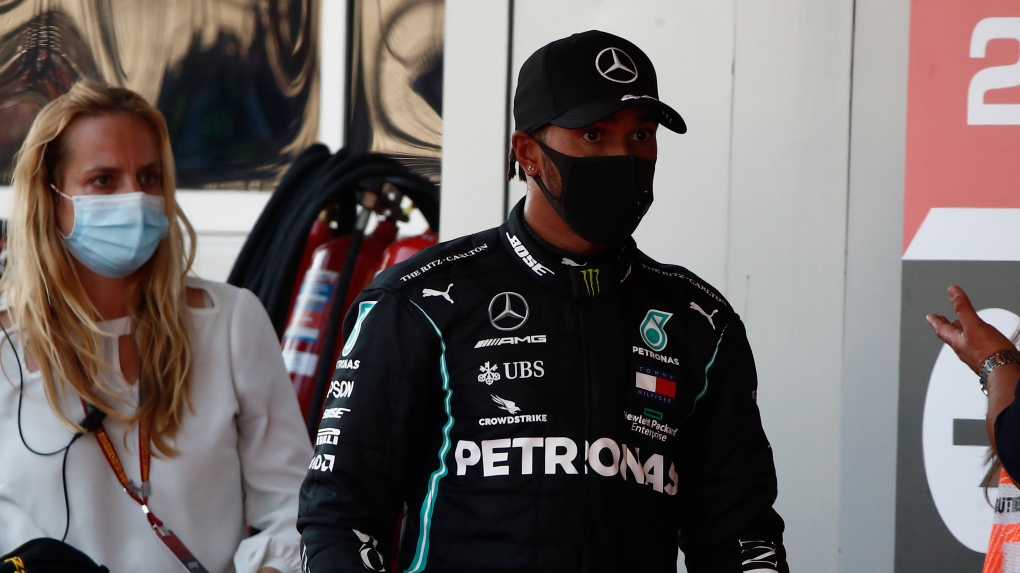 Lewis Hamilton says race stewards are "trying to stop me" after he was denied a record-equaling 91st career win at the Russian Grand Prix on Sunday.

Hamilton was penalized for performing practice starts outside his designated area and was handed two five-second penalties that saw him drop out of contention.

The six-time world champion had started in pole and was bidding to equal Michael Schumacher's record of career victories but could only finish third behind winner Valtteri Bottas and second-placed Max Verstappen.

After the race, Hamilton said he felt the punishments were excessive.

"Of course it is. But it's to be expected. They're trying to stop me, aren't they?," he told Sky Sports F1.

"But it's OK. I just need to keep my head down and stay focused and we'll see what happens."

'I DID NOT HARM ANYBODY'

Officials had also given Hamilton two penalty points, leaving him one away from a race ban. However, that particular punishment was rescinded after Mercedes took responsibility for telling Hamilton the wrong instructions.

The 35-year-old said penalty points awarded to drivers this year had been "ridiculous" and insisted he had not put anyone's life in jeopardy.

"If you put someone else in danger, you crash into somebody, of course, you should be getting penalty points," he told reporters.

"I did not harm anybody, did not put anybody in harm's way so ultimately it's a ridiculous rule but it is what it is.

"I'll just make sure I'm squeaky-clean moving forwards. Don't give them an excuse for anything."

Asked whether he felt he was being targeted by stewards, Hamilton said whoever is in the front faces extra scrutiny.

"Everything we have on our car is being checked and triple checked. They are changing rules, such as the engine regs, lots of lots of things to get in the way to keep the racing exciting, I assume," he said.

"Naturally it feels like you fighting uphill but it's OK, it's not like I haven't faced adversity before so we just keep our heads down and keep fighting."

The FIA did not immediately respond to CNN's request for comment, but the organization's race director Michael Masi defended the stewards' actions.

"If Lewis [Hamilton] wants to raise something, as I have said to him before and all the drivers numerous times, the door is always open. I am more than happy to discuss anything," he said, per the BBC.

"But from an FIA perspective, we are there as a sporting regulator to administer the regulations.

"We have the stewards as an independent judiciary and therefore there was an infringement and it doesn't matter if it was Lewis Hamilton or any one of the other 19 drivers, they will consider it on its merits and adjudicate equitably and fairly in the circumstances."

Despite his failure to equal Schumacher's record, Hamilton remains on course to win a seventh world title. The Briton leads the drivers' standings with 205 points, with Bottas in second on 161 and Verstappen third on 128.