The new mid-engine Corvette hits the starting blocks this week 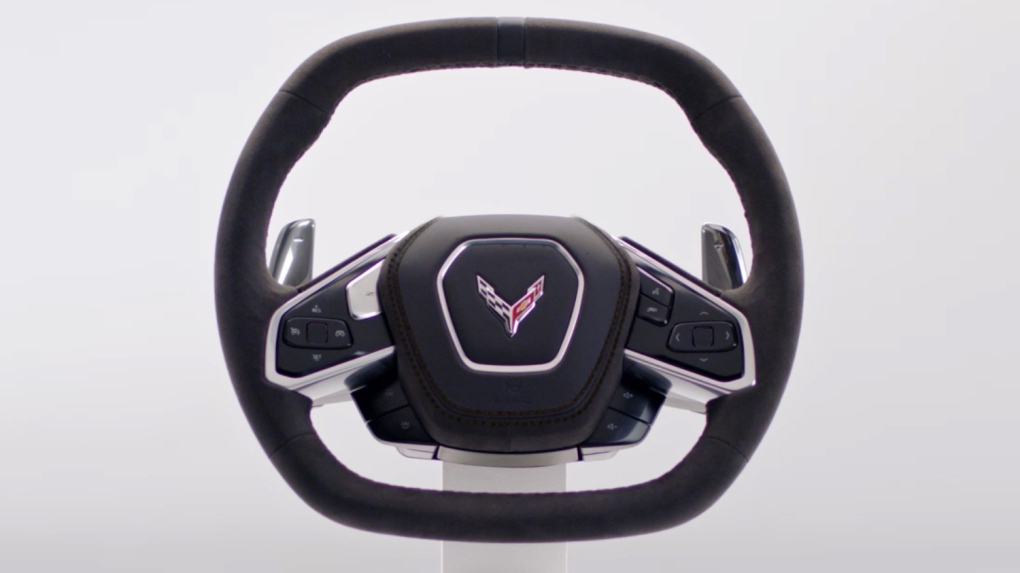 The steering wheel of the new Chevrolet Corvette C8. (Courtesy of Chevrolet)

Chevrolet will unveil its 8th-generation Corvette on Thursday, July 18 in Orange County, Calif.

Chevrolet is promising its most extreme version of the legendary sportscar which first appeared in 1953.

As proof of real change, the Corvette C8 will, for the first time, have its engine mounted in the central position, like many top Italian sportscars. The Corvette's V8 has been traditionally installed under the hood, but will now be centrally positioned behind the passenger compartment.

In its base model, the V8 could surpass 500 horsepower, hitting up to 800 horsepower in the Grand Sport version. A hybrid could also be coming.

While Chevrolet has not released images of the car, it has allowed a peek at the steering wheel, which is more modern-looking than ever with steering-wheel mounted controls and the gearshift paddles just behind.

The full reveal of the C8 will be livestreamed from 7:30 p.m. PDT; more information can be found here.

Watch a teaser video for the next-generation Corvette below: