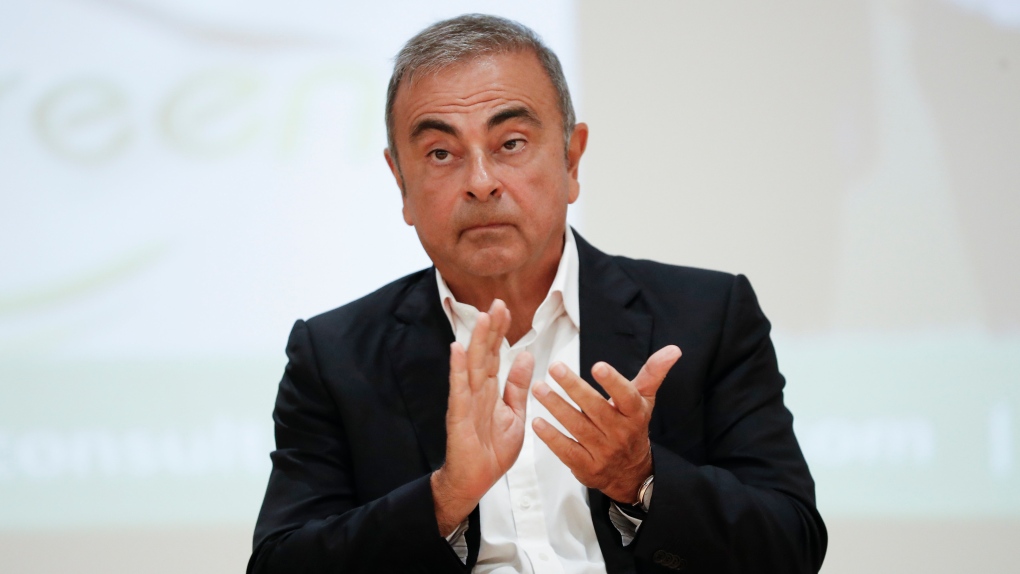 GENEVA -- A panel of human rights experts working with the United Nations said Monday that former Renault-Nissan boss Carlos Ghosn was wrongly detained in Japan and has urged "compensation" for him from the Japanese government.

The Japanese government denounced the report as a "totally unacceptable" viewpoint that will change nothing in the country's legal process.

In its opinion published Monday, the Working Group on Arbitrary Detention found that Ghosn's arrest in Japan in late 2018 and early 2019 was "arbitrary" and called on Japan's government to "take the necessary steps to remedy the situation of Mr. Ghosn without delay." A determination of whether detention is arbitrary is based on various criteria, including international norms of justice.

While Ghosn is no longer in Japan, having fled in a dramatic operation that drew headlines worldwide, the opinion could weigh on minds in courtrooms in the country and beyond. It could affect, for example, the possible extradition of two Americans, Michael Taylor and his son Peter, whom Japanese prosecutors say helped the executive sneak out of Japan.

Ghosn, a 66-year-old with French, Lebanese and Brazilian citizenship, led Japanese automaker Nissan for two decades, rescuing it from near-bankruptcy. He was arrested in November 2018 on charges of breach of trust, in misusing company assets for personal gain, and violating securities laws in not fully disclosing his compensation. He denies wrongdoing.

In December, he fled Japan to Lebanon while out on bail awaiting trial, meaning his case will not go on in Japan. Interpol has issued a wanted notice but his extradition from Lebanon is unlikely.

The five-member working group, which is made up of independent experts, called on Japan to ensure a "full and independent investigation" of Ghosn's detention, and asked the government "to take appropriate measures against those responsible for the violation of his rights."

The working group said that "the appropriate remedy would be to accord Mr. Ghosn an enforceable right to compensation and other reparations."

The opinions of the working group are not binding on countries but aim to hold them up to their own human rights commitments. Among its past rulings involved the case of Wikileaks founder Julian Assange, who was likewise deemed to have had his human rights violated.

The panel, which is independent from the United Nations, noted a string of allegations from Ghosn and his representatives, such as that he was subjected to solitary confinement and long interrogations at day or night, and denied access to court pleadings. His team claimed that interrogations of Ghosn were aimed to extract a confession.

Japan's system has been repeatedly criticized by human rights advocates. The panel cited previous concerns about Japan's so-called "daiyo kangoku" system of detention and interrogation that relies heavily on confessions and could expose detainees to torture, ill-treatment and coercion.

Japan's Foreign Ministry said in a statement that the government had applied "appropriate procedures" in the case, and it could not provide full information to the working group before a trial had begun. For that reason, the ministry added, it would be inappropriate for the working group to make a decision on the Ghosn case "based on limited information and biased allegations" from him and his team.

"The opinion is totally unacceptable, and is not legally binding," the ministry statement said. It also warned that the opinion could set a dangerous precedent, and "encourage those who would stand criminal trial to entertain the idea that flight can be justified and prevent the realization of justice and the proper functioning of the criminal justice system in each country."

"Japan can by no means accept the opinion of the Working Group regarding the case of the defendant Carlos Ghosn," it added.

Ghosn lawyer Jessica Finelle welcomed the "brave" decision by the panel and said its members had been "hard on the Japanese legal system" and the way that Japanese authorities treated Mr. Ghosn, "specifically, violating numerous times his presumption of innocence, presenting him as guilty, orchestrating two of his arrests with the media..."

Ghosn was "very happy" and "relieved" about the opinion, she said.

"He is somehow is getting back his dignity because he's been humiliated during this time that he was held in Japan," she said.

Ghosn has accused Nissan and Japanese officials of conspiring to bring him down to block a fuller integration of Nissan with its French alliance partner Renault SA of France.

Ghosn's lawyers filed a petition with the working group in March last year, appealing to its role to look into cases in which governments are alleged to have wrongly detained individuals under agreed international human rights conventions.

Its members declined to speak to reporters about the opinion, the U.N. human rights office said.