How fast you drive can affect how much gas you burn 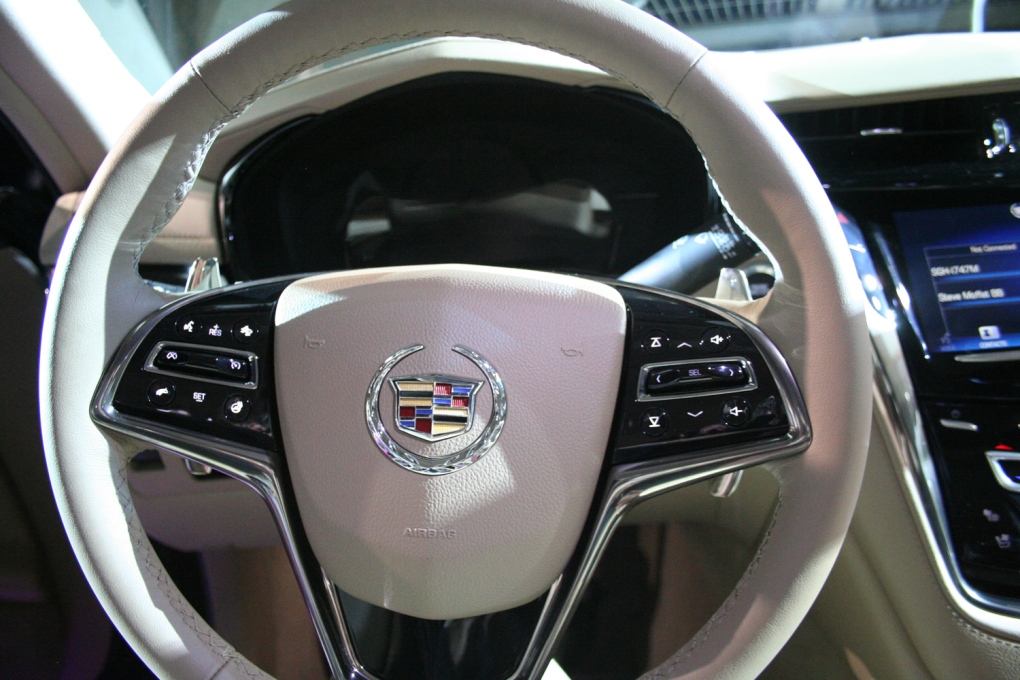 CALGARY -- The flowers are blooming, the sun is shining longer -- and gasoline is suddenly costing a fortune.

Little changes in how -- and how often -- you drive can help take the edge off, said Liam Crotty, with the Alberta Motor Association.

"When it comes to actually driving your vehicle, slow down. I can't stress that enough, especially in the city," he said.

"If you're in a rush to get to one red light to the next red light, it doesn't make sense to be constantly accelerating and then slowing down. You're using up more fuel and more brakes and putting more wear and tear on your vehicle than you need."

Keeping your car well maintained also makes a big difference in fuel efficiency, he said. Tires should also be at the proper pressure.

"If your tires are underinflated, they're going to take more energy to move your vehicle and you're going to use more fuel. So we recommend checking your tire pressure at least once a month," he said.

Gasbuddy.com co-founder Jason Toews recommends rolling down windows when driving around the city on hot days, but cranking up the air conditioning instead when out on the highway.

"Air coming inside the car actually has more of a drain on fuel economy than air conditioning will," he said.

Gasbuddy.com compiles gas prices at stations in various cities across Canada and the United States. Using the mobile app to scope out the best bargains can help save drivers five to eight cents per litre at times, Toews said.

Toews doesn't give much credence to the notion that filling up when it's cooler outside, like first thing in the morning, gets you more bang for your buck, as tanks at gas stations are kept underground at a consistent temperature.

Crotty said carpooling isn't used nearly enough as it should be.

"Don't do it every day. If you can do it once or twice a week, you can really start to see an impact in how much fuel you're using. Beyond carpooling, there's always great systems in public transit. You can cycle. And if you're making smaller trips to the store, don't take your car. Take your bike or walk," he said.

And if you are driving to the store, it's not worth it to burn fuel driving in circles around the parking lot in search of a prime spot.

"Get a spot that's right next to the driveway, so that it's easy in and easy out and you can walk a few extra steps," said Crotty.

Crotty said prices probably haven't risen high enough to cause Albertans to switch to a more fuel efficient car. A 2011 survey of Albertans done by Leger Marketing on behalf of the AMA found $1.50 per litre was the threshold that would drive a change in vehicle for most respondents.

"It's just a matter of buying what you need. We all love our trucks here in Alberta and our SUVs, but sometimes we only need them once or twice a year," he said.

"If you're going to be taking a vacation and hauling a trailer once a year then, for the rest of the year, maybe you don't need that full-sized pickup truck. So buy a smaller vehicle to get around in for the rest of the year with a fuel efficient engine and then, once or twice a year that you go on vacation and need something bigger, rent yourself a nice big new truck and make it a real treat for a vacation."

Sandy di Felice, director of Toyota Canada Inc., said demand for hybrids and other fuel-efficient vehicles are on the rise, and she believes high fuel costs are a big factor. Toyota makes up about 80 per cent of the hybrid market in Canada, she said.

Sales of various Toyota hybrid models in April were up over the same month in 2014, with the Highlander SUV seeing the biggest spike.

"I think it's important for people to realize that hybrids are a rather mainstream technology now," said di Felice.

Assuming 20,000 kilometres driven per year and a gas price of $1.30 per litre driving a Toyota Camry hybrid versus a conventional four-cylinder Camry, could lead to $598 in gas savings -- about one third, she said.