Be a better (karaoke) singer by never singing these ten songs 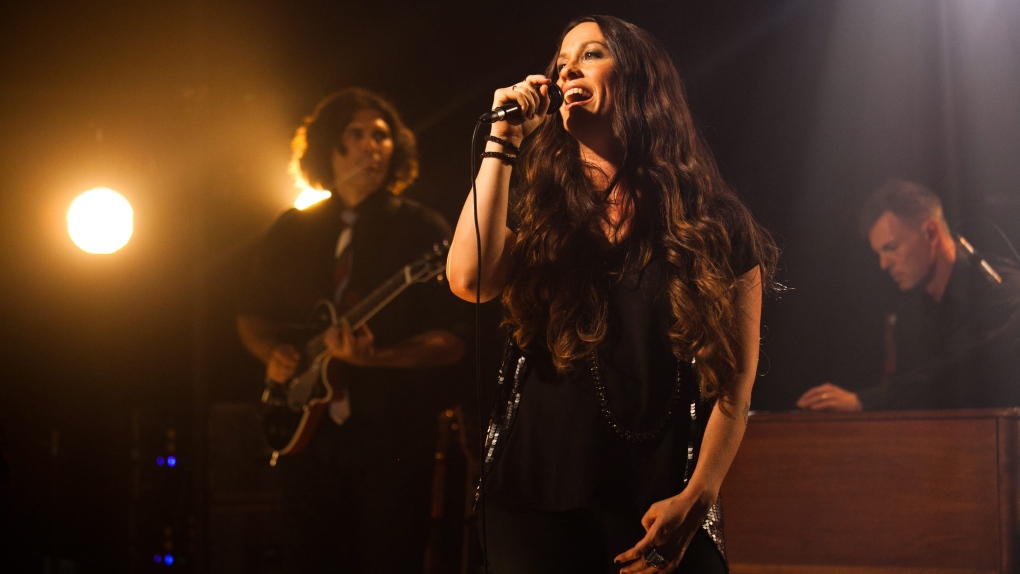 Karaoke first hit the scene in the early 1970s after a Japanese musician recorded a tape of backing music for a wealthy businessman to sing along to with friends at a bar. Realizing how lucrative his idea could be, Daisuke Inoue designed the world’s first karaoke machine, Juke 8, and the rest is history.

More than five decades later, karaoke has cemented itself as a timeless form of entertainment (and embarrassment) for singers of all skill levels. But anyone who's humiliated themselves with a microphone in hand understands that there are certain songs that should be avoided.

CTVNews.ca spoke with two singing experts – a veteran karaoke host of 28 years and a University of Toronto vocal instructor – to identify 10 songs that should be on everyone’s karaoke blacklist.

“My Heart Will Go On” by Celine Dion

This sappy love ballad was the karaoke song-du-jour in 1997, when fans of the epic romance “Titanic” tried (and often failed) to imitate Celine Dion’s powerful bow-gripping performance.

“There was a time when I literally had to argue with people every night because someone would sing it within the first half hour of the night, and someone else would ask to sing it later,” he said. “It was the go-to diva song.”

Its popularity has died down since then, but the tune remains on Rolland’s list of banned songs.

“The main thing is, it’s a room sucker. It just clears the energy right out of the room.”

“Baby Got Back” by Sir Mix A Lot

There’s one important rule about rap songs, Rolland says: the words go fast, so you have to know them before they hit the screen. “Baby Got Back” is a crowd-pleaser, but Rolland says few people actually know the song.

“I’ve searched high and low for a good version of it where the words load ahead of time, but it doesn’t exist,” Rolland said.

For those looking for a smoother rap song with a slower tempo, Rolland suggests something by Drake.

There are certain songs that Rolland says he simply won’t play, ever. Bohemian Rhapsody is near the top of that list.

“It’s just so overdone,” he said. “Ninety-eight per cent of the time it’s by a group of drunken idiot kids that they can’t sing.”

Prince’s death in April prompted plenty of requests for hits like “Purple Rain” and “1999,” but Rolland says most people don’t realize how difficult it can be to recreate Prince’s signature falsetto.

“It’s because he’s got such a massive range, people don’t realize how low he sings and how high he sings,” he said. “People go and try to do it and say, ‘I can’t hit those notes.”

Musical theatre junkies might think their word-for-word knowledge of the “Wicked” soundtrack will impress the crowd, but Rolland says it usually leaves most audiences perplexed.

“It’s talking and dialogue. There’s no context for it,” he said. “A lot of the time, if (audience members) haven’t seen the show and (they) don’t know what the show is about, they go, 'What is this about?' They stop paying attention. They get up and leave.”

“You Oughta Know” by Alanis Morrissette

“Jagged Little Pill” by Alanis Morissette is among the best-selling records of all time. But the album’s barn-burning breakup hit, “You Oughta Know,” is riddled with musical landmines – particularly in the chorus.

Daboll says the song begins “speaky-talky” with a rapid-fire string of lyrics that must be “sputtered out very quickly.”

“When it’s time to get into the chorus, it gets really shouty and screamy and very uncomfortable on the vocal cords. Even though the range is very wide, it’s not really that high. But you get that impression from the way Alanis sings it that it is,” he said

For die-hard Alanis fans who can’t resist an attempt, Daboll suggests keeping the vocal cords relaxed throughout the song to avoid sounding shrill.

“Total Eclipse of the Heart” by Bonnie Tyler

The hardest part, he says, is when the song veers into powerhouse territory with the line “And I need you now tonight / And I need you more than ever.”

“The problem is (most singers) will physically push to get that air out. You don’t want to push on your vocal cords because that kind of volume production is expensive, it really costs you on your vocal cords, and it doesn’t sound very beautiful,” Daboll said. “It can make you burst a blood vessel.”

“If I Could Turn Back Time” by Cher

There are some artists whose songs can be sung in various vocal styles. Cher is not one of those artists, Daboll says.

“You can’t get up and sing a Cher song without sounding like her. It’s just one of those types of voices,” he said.

To pull off Cher’s 1989 hit “If I Could Turn Back Time,” Daboll has a step-by-step method to copying Cher’s unmistakeable timbre.

Sia is one of the toughest modern artists to sing along to, Daboll says, and most problems arise from her unique vocal creaks and fries.

“Clearly, a lot of people want to sing this song, but it is riddled with pitfalls, the worst of which is the mono-pitch, speaky-talky approach at the beginning of the song. It’s full of dangerous stylisms,” he said.

When most amateurs attempt to copy Sia’s “croaky” sounds – particularly at the “one-two-three, one-two-three-three” portion of the song – Daboll says they “rub their (vocal) cords together like sandpaper,” which can be painful for both singer and audience.

“Hopefully you have nice friends who won’t condemn you for giving it your best shot,” he said.

“Without You” by Air Supply

This popular karaoke song originally recorded by the rock group Badfinger  – which has been covered by dozens of artists including Mariah Carey and Shirley Bassey – has a “slightly overproduced” sound common in the 1980s that can be difficult to capture in karaoke, Daboll says.

The start of the song is relatively easy, but the chorus can become “a shouty screamfest” if a singer approaches it with tight vocal cords, Daboll said.

“The idea is that you should imagine that your vocal cords feel as loose when you go up high as they do when you’re lower,” he said.