Wrong target of Trump's Twitter rage claps back: 'Old men are attacking me' 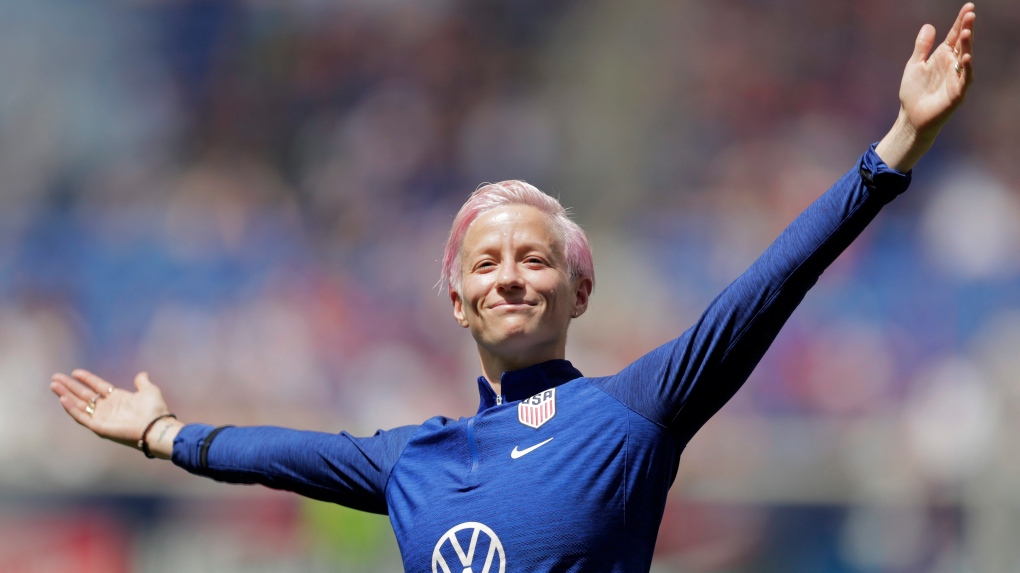 Megan Rapinoe, a forward for the United States women's national team, is introduced for fans during a send-off ceremony following an international friendly soccer match against Mexico, Sunday, May 26, 2019, in Harrison, N.J. (AP Photo/Julio Cortez)

U.S. President Donald Trump has been trolled on Twitter after he targeted the wrong woman in a row over a sports team potentially visiting the White House.

Trump was responding to comments by U.S. women’s soccer star Megan Rapinoe that she is “not going to the f***ing White House if we win.”

The U.S. soccer team is currently at the Women’s World Cup in France,where it plays the host nation in the quarter final on Friday.

Angry at the remarks, Trump took to Twitter but originally tweeted at the wrong Megan Rapinoe, dropping the ‘e’ at the end of her name. But the other woman took a swipe at the President before he realized the mistake and deleted the tweet.

“And she was right to say so, cry me a river,” @Meganrapino tweeted.

Other Twitter users offered the other Megan a mixture of sympathy and support.

“Wish Donald Trump would accidently tag me in a tweet so I could tell him to f off . Nice one Megan!” Athelstan wrote.

“Our president tweeting at the wrong account. Poor @meganrapino taking the blunt of Trumpkins across the country,” another added.

“Mom come pick me up old men are attacking me,” @meganrapino joked.

Trump went on to invite the U.S. women’s soccer team to the White House, “win or lose.”

“Megan should never disrespect our country, the White House, or our flag, especially since so much has been done for her and the team,” Trump tweeted.

“Be proud of the flag that you wear. The USA is doing great!”

Trump previously told The Hill website that Rapinoe’s silent protest during the national anthem was “inappropriate.”

Rapinoe, 33, had previously kneeled during “The Star Spangled Banner” in solidarity with NFL quarterback Colin Kaepernick, who sought to raise awareness of what he sees as systemic racism against African-Americans.

mom come pick me up old men are attacking me