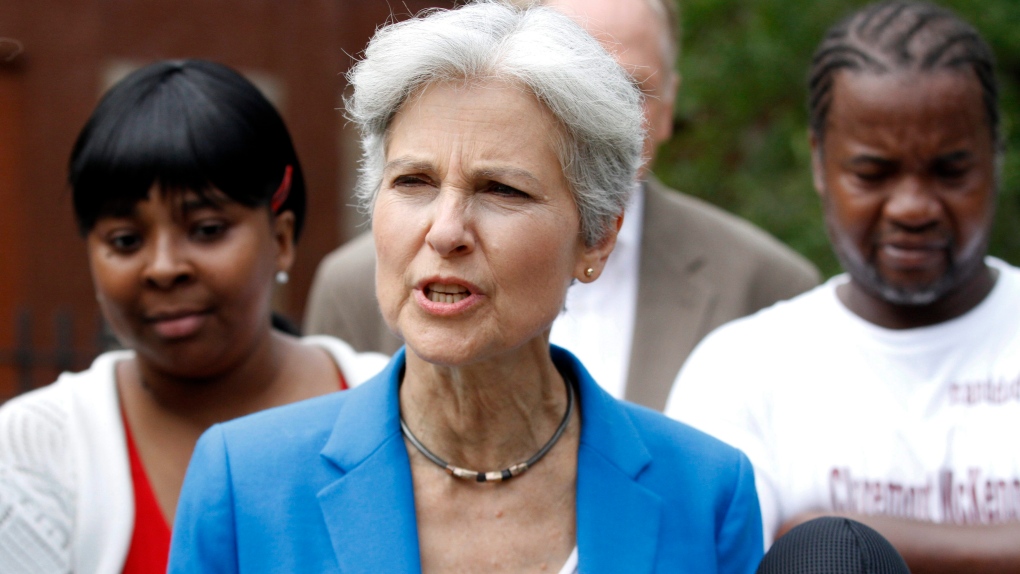 MADISON, Wis. -- Wisconsin election officials are preparing to begin a recount of the state's presidential vote this week. Here are answers to the most significant questions about the pending recount:

Donald Trump defeated Hillary Clinton by 22,170 votes, or about 1 per cent of the vote, based on unofficial results. Wisconsin Elections Commission Chairman Mark Thomsen, a Democrat, said he expected Trump to still be the winner after the recount.

"The outcome is not going to be different," Thomsen said. "It may not be 22,170, but I don't doubt that the president-elect is going to win that vote."

WHO IS ASKING FOR THE RECOUNT AND WHY DO THEY WANT IT?

Both Green Party presidential nominee Jill Stein and Independent candidate Roque "Rocky" De La Fuente requested the recount on Friday, although Stein is the only one who was actively raising money to pay for it. She alleged in a filing with the state that irregularities with the Wisconsin vote indicated potential tampering. That, combined with "well-documented and conclusive evidence of foreign interference in the presidential race before the election," call into question Wisconsin's results, Stein alleged.

WHAT EVIDENCE DOES SHE HAVE?

University of Michigan computer scientist J. Alex Halderman said in an affidavit attached to Stein's recount request that hackers could spread malware into voting machines in battleground states and their work would be virtually undetectable. Halderman said whether the machines are connected to the internet is irrelevant since election workers typically copy ballot designs from a computer that's connected online and transfer the designs to the machines using memory sticks. The only way to determine if an attack took place is to examine the paper trail to ensure votes cast match the results determined by the machines, he said.

WHAT DO WISCONSIN ELECTION OFFICIALS SAY?

There is no evidence that any voting machines were hacked, said Thomsen, the Elections Commission chairman. Wisconsin's decentralized voting system -- 1,854 municipal clerks who count votes -- and the fact that the equipment in question is not connected to the internet makes a widespread attack "very unlikely," said Wisconsin Election Commission administrator Mike Haas.

HOW WOULD THE RECOUNT BE DONE?

The recount would include an examination of all ballots, poll lists, absentee applications, rejected absentee ballots and provisional ballots. The electronic voting equipment is tested and certified at the federal level, approved by the state commission and tested within 10 days of the election, Haas said. The equipment is secured until Election Day, Haas said. The machines also create a paper trail after the vote that can be cross-checked in the recount, he said.

IT'S NOT A HAND RECOUNT?

Stein filed a lawsuit Monday asking a Wisconsin judge to order a hand recount, arguing that's the only way to know if the results were hacked. The commission had rejected her call for a hand recount, allowing all 72 counties to determine how they wanted to proceed. Wisconsin state law says in order for there to be a hand recount the person requesting it must present evidence electronic equipment tabulated the vote incorrectly, that a hand recount would be more accurate and that the result is likely to change by doing a hand recount. "That seems to be a high burden of proof for any candidate," Haas said.

WHO IS PAYING FOR THIS?

Stein and De La Fuente are on the hook for the $3.5 million cost of the recount since the election wasn't close enough for taxpayers to pick up the bill. They faced a Tuesday deadline to pay in order for the recount to proceed.

HAS WISCONSIN EVER BEEN THROUGH THIS BEFORE?

Wisconsin's last statewide recount was for a state Supreme Court race in 2011. The recount showed Justice David Prosser defeated challenger JoAnne Kloppenburg by 7,004 votes, just 312 votes less than the unofficial results showed. That effort took more than a month and involved about half as many votes as the nearly 3 million votes cast in this year's presidential election in Wisconsin.

WHEN WILL IT BE DONE?

The deadline for counties to report their recounted vote totals is 8 p.m. Dec. 12. The Elections Commission will review the totals before certifying the vote on Dec. 13, the federal deadline. Electors meet on Dec. 19 this year.

WHAT HAPPENS IF THE STATE DOESN'T FINISH BY THE DEADLINE?

The state could lose control of how its electoral college voters cast their ballots. Congress would then step in and decide which candidate gets the state's 10 votes.