Wisconsin court: Sex trafficking can be defence for homicide 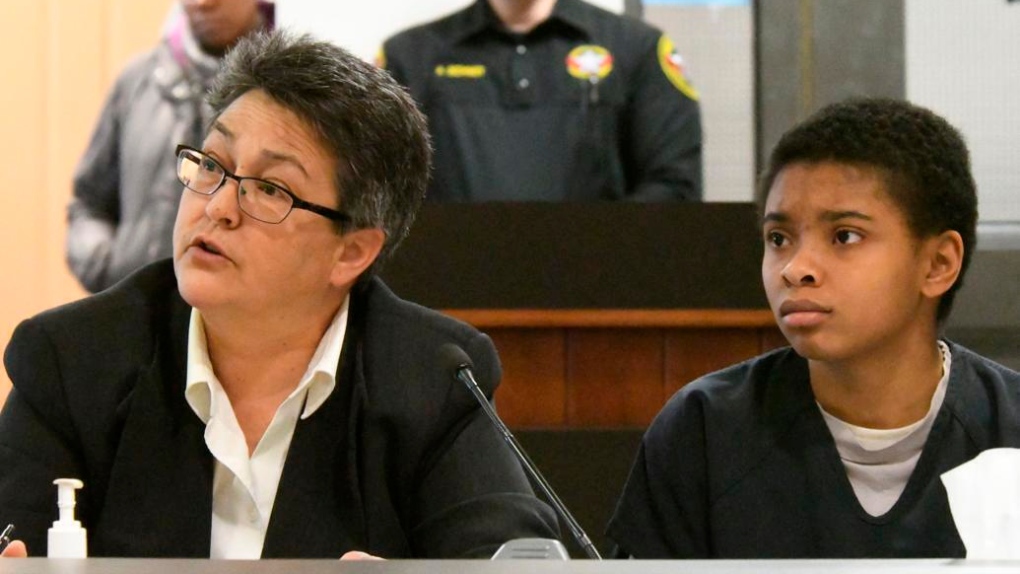 MADISON, WIS. --  A woman accused of killing a man can argue at trial that she was justified because he was sexually trafficking her, Wisconsin's Supreme Court ruled Wednesday in a decision that could help define the limits of legal immunity for trafficking victims nationwide.

The justices ruled 4-3 that a 2008 state law that absolves trafficking victims of criminal liability for any offences committed as a direct result of being trafficked extends to first-degree intentional homicide. However, they said Chrystul Kizer must first provide evidence for a trial judge that her decision to kill Randall Volar was connected to being trafficked before she can invoke immunity.

"Chrystul Kizer deserves a chance to present her defence and today's decision will allow her to do that," Kizer's attorney, Katie York, said. "While the legal process on this matter is far from over, we, along with Chrystul and her family, believe the decision today affirms the legal rights provided by Wisconsin statute to victims of sex trafficking facing criminal charges."

Kizer, 22, contends she met Volar on a sex-trafficking website. She says he sexually assaulted her and sold her to others for sex. According to court documents, Kizer put a gun in her bookbag in June 2018 and told her boyfriend that she was going to shoot Volar because she was tired of him touching her.

She travelled from Milwaukee to Volar's home in Kenosha, shot him in the head, burned down his house and stole his BMW, according to court documents. Kizer was 17 at the time, old enough to be considered an adult in Wisconsin's criminal justice system. She faces multiple charges, including arson and first-degree intentional homicide, which carries a mandatory life sentence.

Nearly 40 states have passed laws that give trafficking victims at least some level of criminal immunity, according to Legal Action of Wisconsin, which provides legal help for low-income people.

Kizer's attorneys had planned to invoke Wisconsin's immunity law at her trial, but Kenosha County Circuit Judge David Wilk refused to allow it. He ruled that immunity extends only to trafficking-related charges such as restraining someone, extortion, prostitution or slave labour. An appellate court ruled last year, however, that Kizer could argue that the law shields her from prosecution.

State attorneys asked the high court to reverse that decision, maintaining that the immunity statutes can't possibly extend to homicide. Assistant Attorney General Timothy Barber argued in March that Kizer's interpretation would create an unprecedented expansion of the self-defence doctrine, eliminating any questions about whether killing someone was reasonable or necessary.

The court found that the extent of trafficking victims' immunity is ambiguous but doesn't include any limiting language and therefore applies to homicide. If Kizer can show a connection between her actions and being trafficked, prosecutors will have to prove beyond a reasonable doubt that the defence doesn't apply, the court said.

"The defendant must produce some evidence on which a reasonable jury could find that the defence applies," Justice Rebecca Dallet, a liberal, wrote for the majority. "Thus our interpretation does not create the kind of blanket immunity for victims of human trafficking that the State fears."

Wisconsin Attorney General Josh Kaul said the decision "brings needed clarity regarding the scope of the affirmative defence for survivors of the vile crime of human trafficking."

The Wisconsin Supreme Court decision isn't binding on other states but could inform attorney strategies in similar cases elsewhere in the country, legal experts say. Anti-violence groups lined up to support Kizer, filing briefs saying that trafficking victims often feel so trapped they believe they have to take matters into their own hands.

Ian Henderson, policy and systems director for the Wisconsin Coalition Against Sexual Assault, one of the groups that signed onto the briefs, praised the court's decision. He said trafficking victims often react out of a flight-or-fight mentality and the ruling "avoids them being criminalized for defending themselves."

The Associated Press does not typically identify people who say they are sexual assault victims, but Kizer discussed her case in an interview from jail with The Washington Post that was published in 2019.