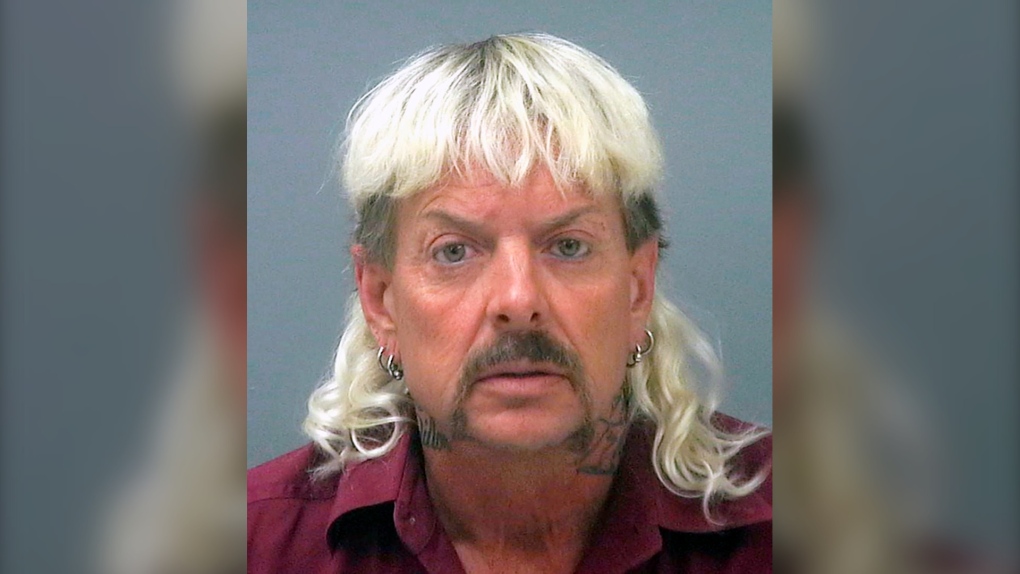 He called himself Joe Exotic and once lorded over a popular exotic animal park in Oklahoma.

Then he shot and killed five tigers, sold baby lemurs and falsified paperwork to say they were donated, and tried to pay a hit man US$3,000 to kill a rival.

Now, the man once known as the "Tiger King" is going to prison for 22 years.

Joseph Maldonado-Passage was sentenced Wednesday for the murder-for-hire plot and several wildlife violations.

A federal jury found Maldonado-Passage guilty in April of trying to hire someone to kill animal rights activist Carole Baskin in November 2017, according to the U.S. Attorney's Office Western District of Oklahoma.

During trial, a jury heard evidence that he paid a man $3,000 to travel from Oklahoma to Florida to kill Baskin, with a promise to pay thousands more after she was dead, the court said.

Baskin, who was a vocal critic of Maldonado-Passage's animal park, owns a tiger sanctuary in Florida and had secured a million-dollar judgment against him.

Maldonado-Passage had tried to find someone to kill her since July 2016, and had unknowingly met with an undercover FBI agent to discuss details of the planned murder, according to the court.

"Because of his constant threats to kill me, I have found myself seeing every bystander as a potential threat. There is no where that I have felt safe, and worse, no way that I feel I can safeguard those around me," Baskin said in a statement. "So many of his threats involved blowing me up, so that he could thrill over seeing me burn to death."

While transporting animals, he designated on delivery forms and veterinary inspection certificates that they were being donated or transported for exhibition only, but they were instead being sold in interstate commerce, the court said. The animals involved included tigers, lemurs and lions.

"Because tigers are an endangered species, these alleged killings and sales violated the Endangered Species Act," the court said.