Wildfires in Algeria kill at least 37, including family of 5

Wildfires in Algeria kill at least 37, including family of 5 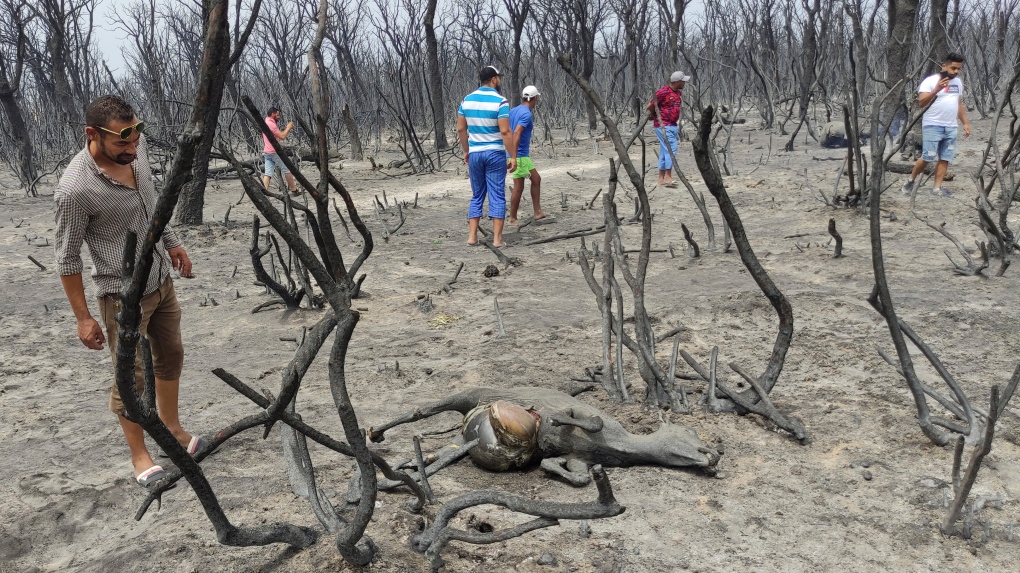 Wildfires raging in the forests of eastern Algeria have killed at least 37 people and wounded 161 others, the civil protection department of the North African country said Thursday.

Most of the victims were reported in the wilaya, or region, of El Tarf, near the northern Algeria-Tunisian border, where 34 people were found dead. The death toll included a family of five found in their home and eight people on a public bus whose driver was surprised by flames while traveling in a mountainous region.

“Most of the victims in El Tarf are vacationers who came to enjoy paradisiac beaches and enchanting landscapes,” Prime Minister Aimene Benabderrahmane said.

He and several government members arrived in El Tarf on Thursday. The prime minister said the Algerian state would support the victims' families and pay for renovation work and compensation for the loss of livestock and beehives. The region is also known for its farming industry.

One person died in Souk Ahras, south of El Tarf. Two other people died in the region of Setif, about 300 kilometers (185 miles) east of Algiers, the North African nation's capital.

Firefighters from other regions were deployed to help combat the fires, the civil protection agency said.

Calls for solidarity were posted on social media along with appeals for aid. “We need everything,” Yacine Bensalem, vice-president of a regional assembly, told The Associated Press, specifically listing respirators, medicines, bandages and sheets.

Lines of trucks bringing food, water, blankets and clothes could be seen heading toward El Tarf. A crisis unit was set up to oversee the donations, Bensalem said.

Algerian Interior Minister Kamel Beldjoud said 39 fires broke out in 14 regions on Wednesday alone and that blazes have ravaged 3,200 hectares (over 12 square miles) of forests and brush since the beginning of August.

Authorities said a committee was established to investigate the causes of the wildfires.

In a message of condolences, President Abdelmadjid Tebboune expressed solidarity with the victims. He said the Algerian state would use “all human and material resources” to fight the fires and that families of people who died or whose homes were affected will “get compensation.”