Why is North Korea firing so many missiles -- and should the West be worried?

Why is North Korea firing so many missiles -- and should the West be worried? 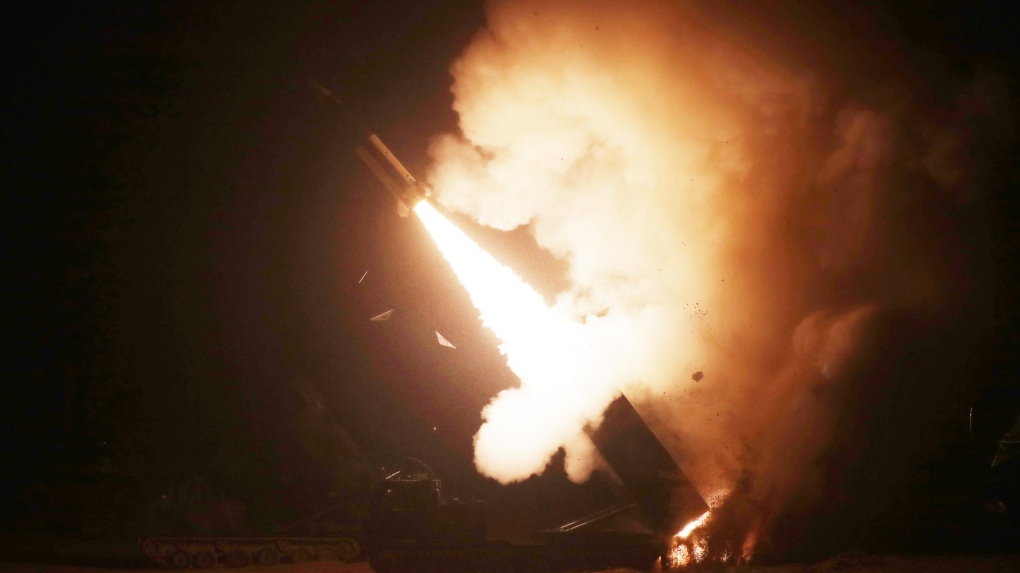 An Army Tactical Missile System is fired during a joint training session between the United States and South Korea, on Oct. 5 at an undisclosed location. (CNN - South Korean Defense Ministry/Getty Images)

Tensions are running high in the Korean Peninsula, as the United States and its allies respond to North Korea's flurry of recent missile tests -- including one that flew over neighbouring Japan without warning.

North Korea has fired six missiles in the past two weeks -- a prolific number, even in a year that has seen the highest number of launches since leader Kim Jong Un took power in 2011.

The aggressive acceleration in weapons testing has sparked alarm in the region, with the US, South Korea and Japan responding with missile launches and joint military exercises this week. The US has also redeployed an aircraft carrier into waters near the peninsula, a move South Korean authorities called "very unusual."

International leaders are now watching for signs of a further escalation such as a potential nuclear test, which would be the hermit nation's first in nearly five years -- a move that would present U.S. President Joe Biden with a new potential foreign policy crisis.

Here's what you need to know about North Korea's rush toward nuclear weapons and intercontinental missiles, why they're ramping up now -- and what, if anything, the US can do to counter Kim Jong Un.

The testing itself isn't new -- North Korea's weapons development program has been ongoing for years.

Tensions reached near-crisis levels in 2017 when North Korea launched 23 missiles throughout the year, including two over Japan, as well as conducting a nuclear test. The tests showcased weapons with enough power to put most of the world in range, including the country's first intercontinental ballistic missile (ICBM).

But the talks ultimately fell apart, and hopes for a deal that would see the North curtail its nuclear ambitions dwindled by the end of Trump's term.

Then the COVID-19 pandemic hit, pushing North Korea further into isolation. The already-impoverished country sealed its borders entirely, with foreign diplomats and aid workers fleeing en masse. During this time, the number of missile launches also remained low -- just four in 2020 and eight in 2021.

So why are they ramping up now?

Experts say there are a few reasons North Korea is accelerating its testing so rapidly now.

First, it could simply be the right time after the events of the last few years, with Kim declaring victory against COVID in August, and a new U.S. administration in place that has focused on shows of unity with South Korea.

"They've been unable to test for quite a few years due to political considerations, so I'd expect North Korean engineers and generals to be very eager to make sure their toys are going to work well," said Andrei Lankov, a professor at South Korea's Kookmin University.

Jeffrey Lewis, a weapons expert and professor at the Middlebury Institute of International Studies, said it's also normal for North Korea to pause testing during the stormy summer and resume once weather improved in the fall.

But, several experts said, Kim could also be sending a message by deliberately showcasing North Korea's arsenal during a period of heightened global conflict.

"They want to remind the world that they should not be ignored, that they exist and their engineers are working around the clock to develop both nuclear weapons and delivery systems," said Lankov.

Carl Schuster, a former director of operations at the US Pacific Command's Joint Intelligence Center in Hawaii, echoed this sentiment. Kim "launches missiles to generate attention towards himself, but also to create pressure for Japan and the United States to engage him," he said.

He added that North Korea might also feel emboldened to act now while the West is distracted with the war in Ukraine.

"(The missile tests) started in January, which is about the time we were beginning to report on what Russian President Vladimir Putin was doing opposite Ukraine," said Schuster. "Kim Jong Un is doing what he thinks he can get away with -- he's not expecting any kind of strong US reaction."

What can the U.S. and its allies do to stop North Korea?

Despite the U.S. and its allies' quick military response this past week, experts say there's little they can do to stop or prepare for North Korea's weapons tests.

"The Americans sent the Ronald Reagan aircraft carrier. South Koreans are launching these missiles, which are not necessarily working well," said Lankov, referring to a South Korean missile on Wednesday that crashed right after launch. "What is the impact of all these American aircraft carriers cruising around Korea? Pretty much nothing."

Though these shows of force might serve to deter North Korea from "starting a war" -- which likely isn't Kim's plan, anyway -- it does little to prevent further weapons development or missile testing," he said.

"It'll probably make some people in the U.S. and (South Korea) a bit happier, but it'll have zero impact on North Korea's behavior and decision making."

A lack of hard intelligence also means the U.S. is largely left in the dark when it comes to Kim's plans.

The North lacks the widespread use of technology that not only facilitates economic and societal advances, but also provides critical windows and opportunities to glean information for the intelligence services of the U.S. and its allies.

"Since so much of what North Korea does is driven by the leader himself, you really have to get inside his head, and that's a hard intelligence problem," said Chris Johnstone, a senior adviser at the Center for Strategic and International Studies.

And on the international stage, the US' efforts to punish North Korea have faltered due to pushback from Moscow and Beijing.

In May, Russia and China vetoed a US-drafted UN resolution to strengthen sanctions on North Korea for its weapons testing -- the first time either country had blocked a sanction vote against the North since 2006.

What is North Korea trying to achieve?

Kim has spearheaded an aggressive weapons development program that far outstripped efforts by his father and grandfather, both former North Korean leaders -- and experts say the country's nuclear program is at the heart of Kim's ambitions.

The law also demonstrated North Korea's hopes of strengthening its ties with China and Russia, said Yang Moo-jin, a professor at the University of North Korean Studies in Seoul.

After China and Russia's open opposition to new sanctions against North Korea, Kim "knows he has their backing," said Schuster.

He added that Kim's weapons testing serves a dual purpose: apart from making a statement to the international community, it also boosts his own image domestically and cements the regime's power.

"It's a very paranoid regime -- (Kim) is as worried about the people under him as he is worried about regime change from the outside," said Schuster. With the tests, Kim, is telling his own senior people, "We can deal with whatever the threat the West, the US and South Korea can come up with," he said.

However, in terms of wider public perception, KCNA, North Korea's state-run media, has made no mention of missile launches for months -- since its last report of a launch in March.

Lewis, the expert at the Middlebury Institute, added that North Korea will likely continue developing weapons such as ICBMs and submarine-launched ballistic missile until "they get to a point where they're satisfied with that -- then I think they'll probably express an interest in talking again."

Is a nuclear test coming?

The concern in the short-term is whether North Korea will launch a nuclear test, which Lewis said could come "anytime."

However, Schuster and Lankov both said that given the friendly relationship between North Korea and China, Kim might wait until after China holds its high-profile Communist Party Congress later this month -- if it happens at all.

The meeting of the party elite is the most significant event on the Chinese political calendar -- especially so this year, with Chinese leader Xi Jinping expected to be appointed to a third term in power, further cementing his status as the most powerful Chinese leader in decades.

Kim "depends too much on Chinese aid to keep his country afloat," meaning he can't afford to "do anything to detract from the Party Congress," said Schuster. "So although China can't dictate to him what he must do ... he will not cause them problems."

After October, however, the runway is clear for any more significant weapons tests, said Lankov.

South Korean and U.S. officials have been warning since May that North Korea may be preparing for a nuclear test, with satellite imagery showing activity at its underground nuclear test site.