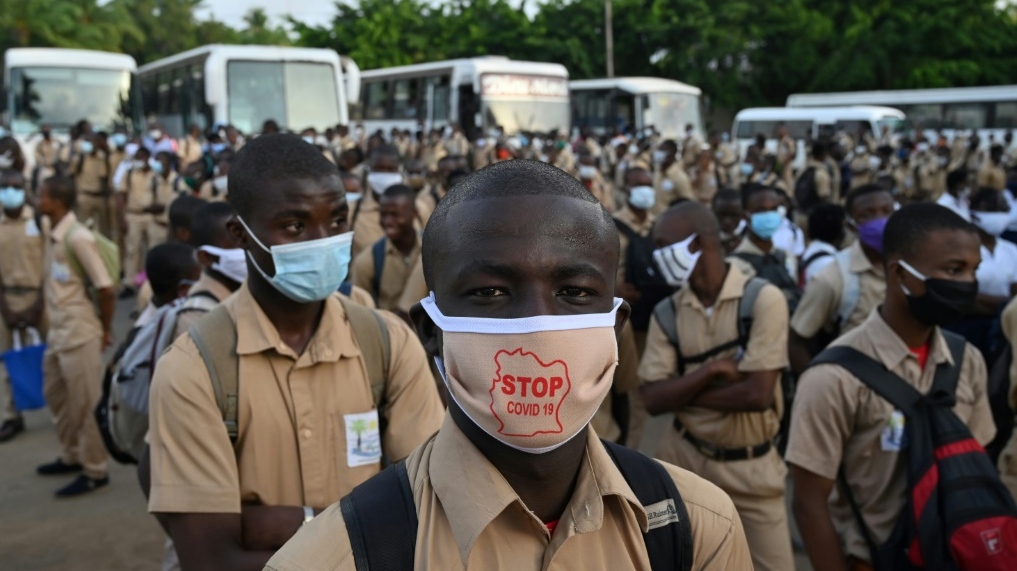 Africa's relatively young population is one of the reasons cited why Africa has not so far seen the higher death rates. (AFP)

GENEVA, SWITZERLAND -- The speed the new coronavirus jumped from 100,000 to 200,000 confirmed cases in Africa shows just how quickly the pandemic is accelerating on the continent, the World Health Organization said Thursday.

According to an AFP tally, Africa topped the 200,000 mark on Tuesday.

"It took 98 days to reach the first 100,000 cases, and only 18 days to move to 200,000 cases," Doctor Matshidiso Moeti, the WHO's regional director for Africa, told a video briefing hosted by the UN press association in Geneva.

"Even though these cases in Africa account for less than three per cent of the global total, it's clear that the pandemic is accelerating."

The novel coronavirus has infected nearly 7.4 million people worldwide and killed at least 416,000 since the outbreak emerged in China last December, according to a tally from official sources compiled by AFP.

In Africa, "the pandemic is still concentrated in and around capital cities but we are seeing more and more cases spread out into the provinces," Moeti said.

She said that in most countries on the continent, the virus entered capitals through international flights from Europe.

"Ten of the 54 countries in Africa are currently driving the numbers," Moeti explained, with those states accounting for 80 per cent of cases.

South Africa accounts for nearly 25 per cent of the continent's total cases.

"The majority of countries still have fewer than 1,000 reported cases," said Moeti.

"There is community transmission in more than 50 per cent of countries, however."

Meanwhile more than 70 per cent of the deaths have occurred in just five countries: South Africa, Algeria, Nigeria, Egypt and Sudan.

Moeti said that while it was possible that some asymptomatic and mild cases were going undetected, WHO Africa believed that large numbers of severe cases and deaths were not being missed on the continent.

Africa's relatively young population compared to other continents, and in-built experience of dealing with disease outbreaks have been cited as reasons why Africa has not so far seen the death rates experienced on other continents.

Asked by AFP how she saw the pandemic developing in Africa, Moeti said the continent had not seen the sustained exponential rise in cases previously witnessed in Europe and the United States.

"Until such time as we have access to an effective vaccine, I'm afraid we are probably going to have to live with a steady increase in the region, with some hotspots having to be managed in a number of countries, as is happening now in South Africa, in Algeria, in Cameroon, which really require very strong public health measures," she said.

"We're hoping very much not to see health systems overwhelmed with large numbers of people who are ill," she said.

How to know if you're 'doomscrolling' and why you should stop

P.E.I. will move to phase four of province’s reopening plan on June 26