Who is Chiune Sugihara, the hero of the latest Google doodle? 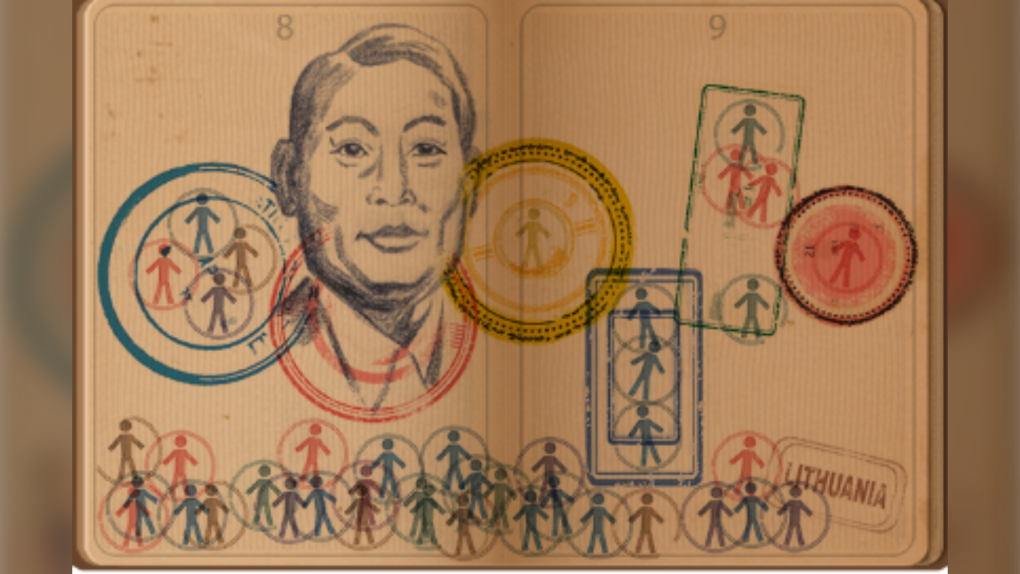 Stationed in then-capital city of Kovno, Lithuania in 1939, prior to the outbreak of the war, Sugihara was sent to serve as Japan’s consul and was responsible for thousands of Jewish refugees escaping from Europe.

When Lithuania was annexed to the Soviet Union in 1940, all foreign diplomats were asked to leave Kovno – including Sugihara.

According to the Yad Vashem World Holocaust Remembrance Centre, prior to his departure, the head of the Jewish delegation, Zerach Warhaftig, visited the consulate with a desperate request for Sugihara to issue transit visas for Jewish refugees.

The refugees hoped to cross the Soviet Union into Japan to finally end up in the Dutch-controlled island of Curacao.

“I told the Ministry of Foreign Affairs it was a matter of humanity,” Sugihara said in an interview many years later. “I don’t care if I lost my job.”

He began issuing transit visas to the Jewish refugees who were now lining up outside his official residence. The visas had to be handwritten and stamped individually, an incredibly tedious and physically exhausting process.

Sugihara, with the support of his wife, Yukiko, is thought to have provided up to 3,500 transit visas by official estimates – Sugihara himself thought it was 4,500.

He did so against direct orders from his superiors in Tokyo.

He was reportedly still writing visas while he boarded the train to return to Japan, throwing them into the crowd of desperate Jewish people on the platform.

Sugihara paid the price when he returned to Japan, losing his promising career and struggling afterwards to support his family.

His labour of conscience received little recognition, until an Israeli diplomat who had been saved by his efforts tracked Sugihara down in 1968 and brought attention to the man who had saved his life.

A tree was planted in his honour at the Holocaust Memorial in Jerusalem, and Sugihara was declared ‘Righteous Among Nations’ on October 4, 1984, an honour given exclusively to non-Jews who saved Jews from extermination during the Nazi regime and Second World War.

Did you notice today's #GoogleDoodle ?

Pictured is Japanese diplomat Chiune Sugihara, who defied orders from his government & issued thousands of transit-visas to Jews in Lithuania https://t.co/1cj1zuJwvf

YV recognized him as Righteous Among the Nations in 1984.@GoogleDoodles pic.twitter.com/e1wuo5SDAZ

Chiune Sugihara's story reminds us that even in the face of overwhelming adversity, we can always make the choice to help others. Read about how he rescued more than 2,000 Jews fleeing Nazi persecution: https://t.co/OSnjKQNfzN https://t.co/zJQkbNjdDy