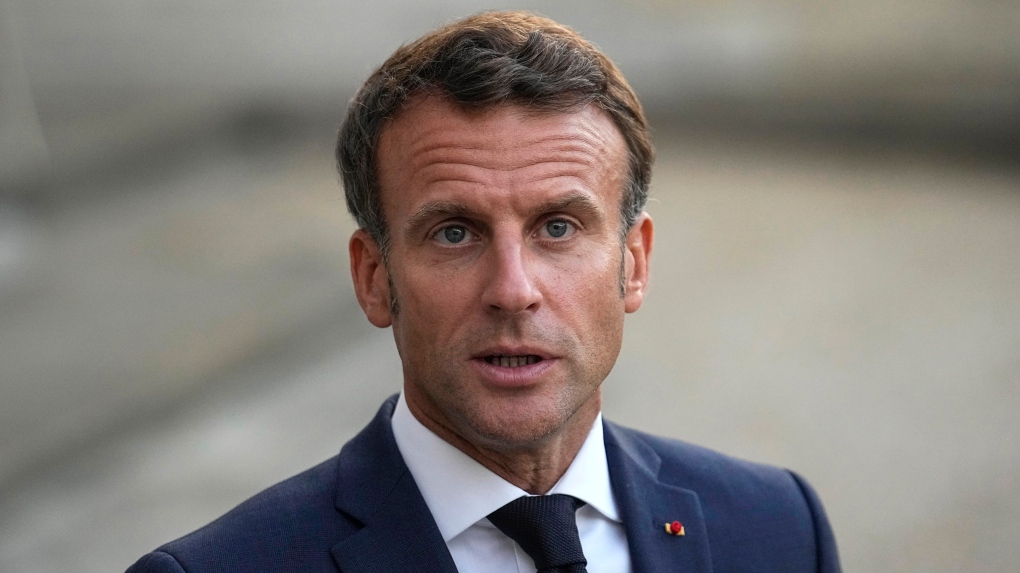 French President Emmanuel Macron speaks to the media during a joint statement with Greek Prime Minister Kyriakos Mitsotakis prior to their working diner at the Elysee Palace in Paris, Monday Sept. 12, 2022. (AP Photo/Michel Euler, File)
WASHINGTON -

French President Emmanuel Macron will travel to Washington in early December for the first state visit of President Joe Biden's tenure, an occasion marked by pomp and pageantry that is designed to celebrate relations between the United States and its closest allies.

The Dec. 1 visit will be the second U.S. state visit for Macron, who was first elected to lead his country in May 2017 and won a second term earlier this year. Macron had a state visit during the Trump years.

A former employee of Quebec's power utility charged with spying on behalf of China has been freed on bail while he awaits trial.

The white gunman who massacred 10 Black shoppers and workers at a Buffalo supermarket pleaded guilty Monday to murder and hate-motivated terrorism charges, guarantying that he will spend the rest of his life in prison.