What's at stake in the Dutch elections? 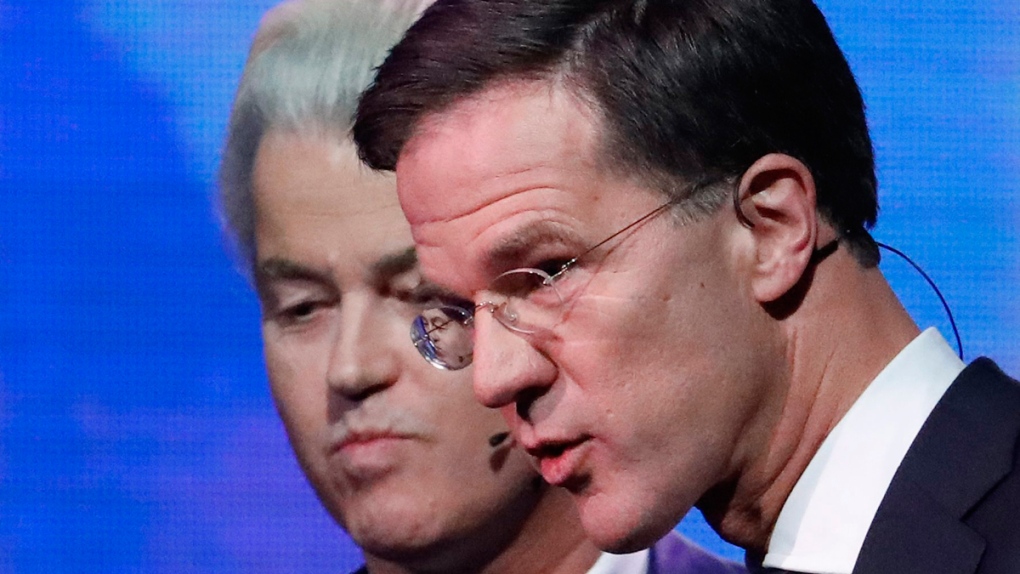 THE HAGUE, Netherlands -- The Netherlands goes to the polls Wednesday in elections for the 150-seat lower house of parliament. A look at the key players and issues:

The election is seen as a test of far-right populism ahead of national elections in far bigger European nations, France and Germany, where populists also are polling strongly. In the Netherlands, it's about what kind of coalition will run the country for the next four years and whether anti-Islam lawmaker Geert Wilders can win enough seats to force his way into coalition talks.

WHO'S IN THE RUNNING?

Prime Minster Mark Rutte of the right-wing VVD party holds a narrow lead in polls over Wilders' Party for Freedom. But while Rutte is leading, his party is set to lose seats and Wilders looks likely to increase the size of his parliamentary bloc compared to five years ago. But other parties also are making gains -- including the increasingly right-wing Christian Democrats, the pro-European Union liberal democrats D66, and the left-wing Green Left party led by 30-year-old Jesse Klaver. The 12.9 million voters are spoiled for choice in the country's splintered political landscape: A total of 28 parties are fielding candidates.

WHAT ARE THE MAIN ISSUES?

Wilders' anti-Islam, anti-European Union platform and the reaction of mainstream parties to his one-page manifesto have dominated campaigning. Wilders wants to close Dutch borders to immigrants from Muslim countries, shut mosques and ban the Qur'an, as well as take the Netherlands out of the EU. That radical platform goes too far for mainstream parties, but many have moved to the right in an attempt to appeal to Wilders voters. Other issues like the economy, health care and the environment have likewise been overshadowed by the populist agendas. In the final days of campaigning, the diplomatic crisis with Turkey over the past week and Rutte's handling of it has also taken centre stage.

Unofficial results should be known by late Wednesday or early Thursday. The official result will not be published by the country's electoral commission until March 21. A day later, the old lower house will meet for the last time and on March 23 new lawmakers will be installed.

SO WHEN DO THE DUTCH GET A NEW GOVERNMENT?

Don't hold your breath. This could take a while. Polls suggest no obvious left or right-leaning majority coalition will emerge, meaning lengthy negotiations between party leaders to hammer out a new constellation to lead the country is likely. The talks could take months.