What is hypoxia -- and why does it affect pilots? 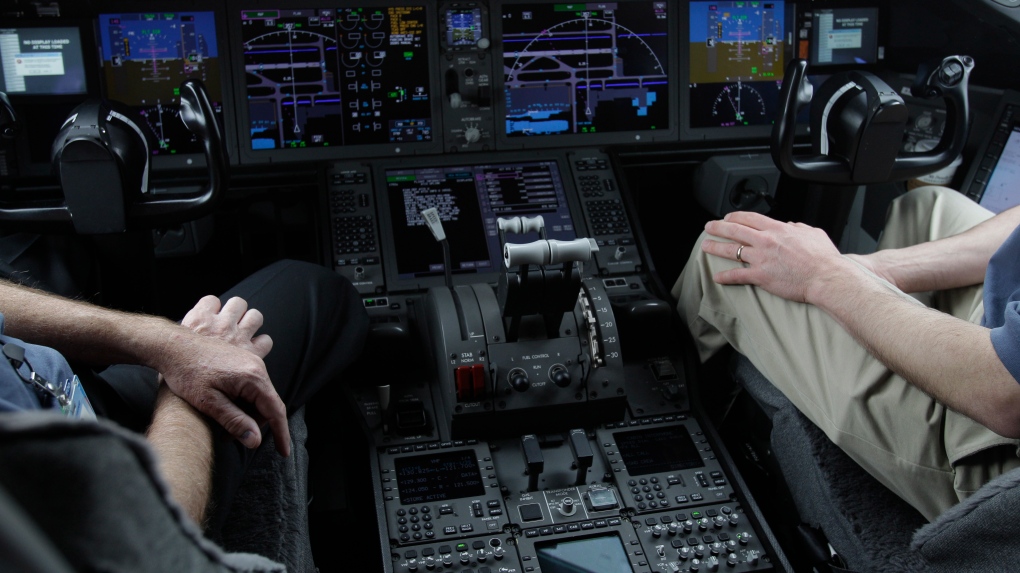 When a small plane began to drift off course early Friday, the North American Aerospace Defence Command anticipated a scenario it had seen before.

“Hypoxia” -- the medical term for oxygen deprivation -- has been the culprit in several air crashes of the past. A lack of oxygen to the brain, called cerebral hypoxia, can be caused by things like smoke inhalation, carbon monoxide poisoning or -- in what could be the case of the Florida-bound pilot -- high altitudes.

The reason oxygen deprivation occurs at great heights isn’t because the air lacks oxygen. According to the National Institutes of Health, the percentage of oxygen at ground level -- about 21 per cent -- remains the same in air at high altitudes. The drop in atmospheric pressure, however, makes it difficult for lungs breathing in the “thin” air to take in the available oxygen.

During periods of reduced oxygen availability, the NIH says the body begins rapid breathing and increasing blood circulation to optimize the supply of oxygen to tissue.

To combat this, airplane cabins are artificially pressurized -- and though the cabin air is less pressurized than the air at ground level, the environment is kept at a breathable level when all systems are working. And if something causes a drop in cabin pressure, oxygen masks can be used to keep those on board breathing.

Though sudden drops in pressure are immediately noticeable, slow leaks can be dangerous. As the air pressure in the cockpit gradually equalizes with the unbreathable atmosphere outside the aircraft, the symptoms of hypoxia begin to creep up imperceptibly.

The NIH says inattentiveness, poor judgement and uncoordinated movement are all mild signs of cerebral hypoxia. If the condition becomes severe, the lack of oxygen can render a person unconscious, with brain damage and death following.

Aircrafts are equipped with oxygen masks that drop automatically during a detected cabin pressure loss. If applied promptly, the masks can keep pilots and passengers conscious until the cabin can be re-pressurized or the plane can be lowered to a breathable height.

But in some cases, hypoxia has been fatal. In 1999, professional golfer Payne Stewart died after his flight crashed in South Dakota. The National Transportation Safety Board determined the cause of the crash to be an incapacitation of the flight crew from a loss of cabin pressure.

A U.S. Air Force F-16 observed that while both engines of the plane were working, the cockpit windows of the flight were obscured by condensation, and the pilots were unresponsive. Both pilots and four passengers were killed in the flight, including the recent U.S. Open winner Stewart .

Helios Airways Flight 522 crashed under similar circumstances in 2005. A lack of oxygen again incapacitated the crew, causing the plane to eventually crash into a mountain. More than 120 people died in the deadliest aviation accident in Greek history.

And just five days ago, a similar incident occurred when an unresponsive plane crashed into the Atlantic Ocean. The pilot, bound for an airport in Manassas, Va., was also reported to be unconscious in the cockpit.