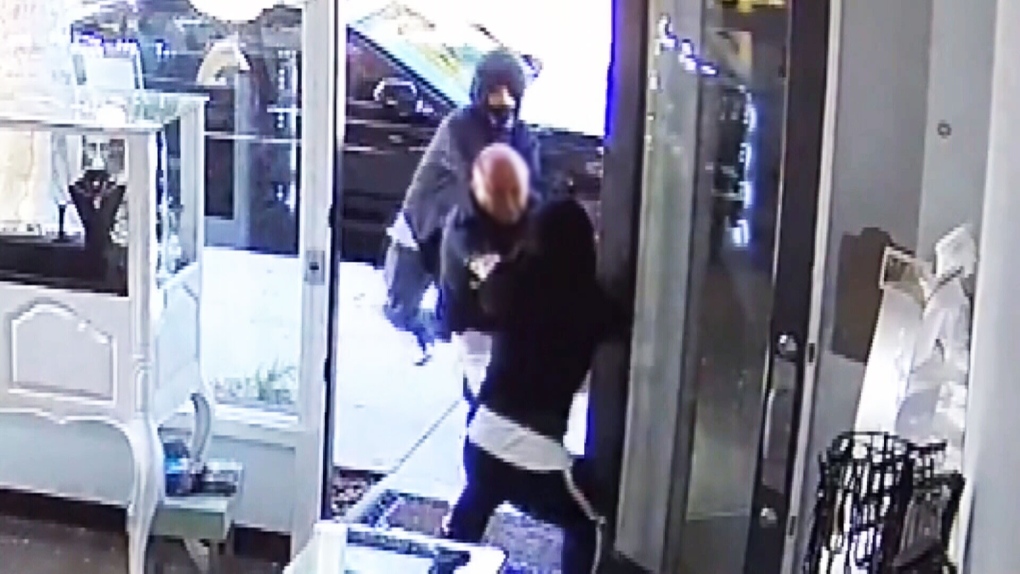 A jewelry store owner fought off two would-be thieves who were armed with sledgehammers.

With the name Heist, a Californian jewelry store may seem like an obvious target for a burglary, but the shop’s owner foiled a group of would-be thieves’ plan when he fought back.

On Thursday afternoon, a man in a hooded sweatshirt storms into the Heist Jewelry store in Santa Monica and smashed one of the display cases with a sledgehammer.

In the store’s video surveillance, the owner, who wished to remain anonymous, can be seen running towards the suspect and pushing him away from the case towards the front door.

Seconds later, a second man in a hooded sweatshirt appears on the sidewalk and strikes the owner on the back with a small sledgehammer while he was struggling with the first suspect.

The store owner then manages to pull the hooded sweatshirt off the first man and use it to shield himself against another blow from the suspect on the sidewalk. The two suspects then run off empty handed.

“They didn’t get anything,” the store owner told local television station KCBS-TV on Friday. “We heisted them. They didn’t heist us.”

Santa Monica police said the pair of suspects fled in a getaway car driven by another suspect. The shop owner said one of his customers was outside in his vehicle when the incident occurred.

“They were caught because a guy outside in the Tesla, who is a customer of ours, saw them running up the street so he followed them, followed their car, and was on the phone with the police the entire time,” he said.

Police eventually caught up with the three suspects and arrested them. A fourth suspect who missed the getaway car was also caught in the vicinity of the jewelry store.