Wads of cash keep mysteriously appearing in the streets of a sleepy U.K. village 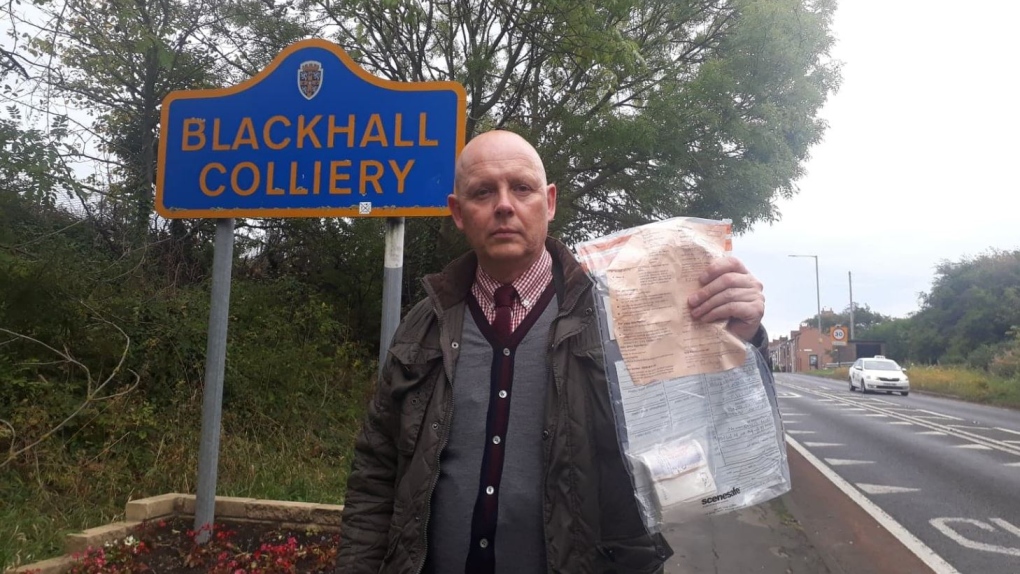 Detective Constable John Forster of Peterlee CID has praised villagers in Blackhall Colliery, England, for their “incredible community spirit” after 13 bundles of money have turned since 2014. (Peterlee Police/Facebook)

Police have praised villagers for their “incredible community spirit” after bundles of money keep turning up in a sleepy corner of England.

The cash is always left in a public place, although in different locations throughout the village.

“These bundles are always left in plain sight such as on pavements and discovered by random members of the public who have handed them in,” Detective Constable John Forster of Peterlee CID said in a Facebook post.

A picture with the post shows DC Forster holding the cash, which is held together by an elastic band, in an evidence bag.

Forster said his team has interviewed numerous people and organizations in the village as well as carrying out checks with the local bank and post office. They even tested for fingerprints, but the circumstances surrounding the bundles remains a mystery.

“This could be the work of a Good Samaritan but we would like to thank the residents who have shown incredible community spirit by handing the money in,” he said.

“The circumstances remain a mystery so we would welcome any information that will help us get to the bottom of these random incidents.”

In response to questions about where the money goes, Peterlee Police confirmed it is held for two weeks to give the owner a chance to come forward and then returned to the finder.