Vote counting begins in Congo, after polling beset by delays 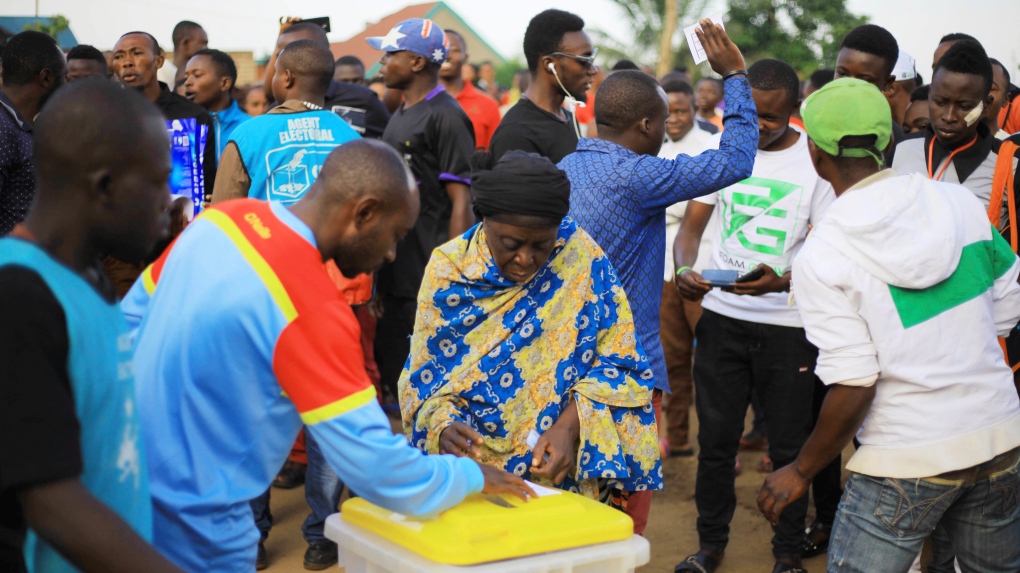 Numerous problems hampered voting across the country, marring the presidential election the country hoped would be its first peaceful, democratic transfer of power since independence in 1960.

Election observers reported multiple difficulties around the vast Central African nation, which is choosing a successor to President Joseph Kabila after his 17 years in power. The election had been delayed since late 2016, prompting the opposition to charge that Kabila was trying to stay on past his mandate.

While many polls closed in the evening, others stayed open to allow those waiting in line to cast their ballots and at least one polling station was just getting ready to open.

The voting centre at Les Anges school in Kinshasa had not opened during the day because it did not have battery cables to power the voting machines and the centre did not have a voters' roll. At midday frustrated voters looted the polling station, ripping up ballot papers and burning some voting machines. Police restored order with no casualties.

The Les Anges station finally got what it needed and opened for voting after official closing time. Election officials said they would stay open until everyone in line had voted. As night fell an electricity generator was set up to help people vote in darkness.

Other polling stations had closed and the counting of ballots had begun. Official results are to be announced by Jan. 15, although preliminary returns are expected earlier than that.

Among some 21 candidates, top opposition leaders Martin Fayulu and Felix Tshisekedi are challenging Kabila's preferred successor, former interior minister Emmanuel Ramazani Shadary, who is under European Union sanctions for a crackdown on people protesting delays to the election.

Tshisekedi, after casting his ballot, said some polling stations in Kinshasa, the capital, had not even opened six hours after voting began. He accused Congo's government of deliberately creating an election day mess to spark a court challenge that could allow Kabila to extend his time in power.

"I deplore all the disorder," Tshisekedi said, calling Kabila's government "responsible for this mess."

The voting machines that Congo was using for the first time posed a special problem. The opposition has warned that the machines could be used to manipulate the vote. Many of the country's 40 million voters have never used a computer, and electricity is limited.

The Catholic Church's election observer mission said it had received 544 reports of malfunctioning voting machines. It also reported 115 cases of election observers being kicked out of polling centres or not being allowed access, as well as 44 cases of vote-buying or corruption.

In Kinshasa, an opposition stronghold, many voters reported trouble finding their names on the voting lists. Nearly 50 Kinshasa polling stations were idle for hours because lists of registered voters had not been delivered, electoral commission chief Corneille Nangaa told The Associated Press.

Nangaa brought some lists to polling stations himself, amid angry shouts of "We wanted to vote!" from people waiting in long lines. Dozens of young men decided to practice voting, piling ballots in a basket. Others, discouraged, walked away. Once lists were delivered, crowds rushed to vote.

Another observer group, Symotel, reported a multitude of problems including the movement of polling stations to new locations at the last minute. Confused voters didn't know where to go.

"We knew there would be issues, but this is way beyond what we expected," spokesman Luc Lutala said.

At stake is a country rich in minerals including those crucial to the world's smartphones and electric cars, and yet Congo remains desperately underdeveloped with widespread corruption and insecurity.

Election unrest had been feared after a last-minute decision to bar an estimated 1 million people from voting because of a deadly Ebola virus outbreak in the east. The decision was widely criticized as threatening the credibility of the election and putting health workers in danger as people protest.

Voting in the Ebola-affected cities of Beni and Butembo was delayed until March, long after Congo's new leader will be inaugurated in January.

On Sunday, well over 10,000 people lined up in Beni to stage their own election , vowing to deliver the results to the electoral commission. People cast paper ballots and sang in Swahili, "Voting is our right and nobody can stop us."

They washed their hands before voting as a protection against Ebola, which is spread via infected bodily fluids. "We do not have Ebola. Kabila is worse than Ebola," said Jacob Salamu, 24, who said he was voting for the first time.

Election day in the capital began with a heavy rainstorm that flooded some streets. Kabila and Shadary voted together.

Shadary called for "peace and calm," adding that "I am very confident in victory."

"Today we are writing the end of Kabila, the end of misery for Congolese people," he said. "Congo will stop being the laughingstock of the world."

An untold number of Congolese remained in line at poll-closing time, and by law would be able to vote. Although electoral officials had estimated that people could vote in under a minute, the process was taking several minutes or more per person.

Amid the delays and confusion, frustration grew. "We came to vote and there is nothing," said voter Elvis Bolungu. "May Kabila go to hell."