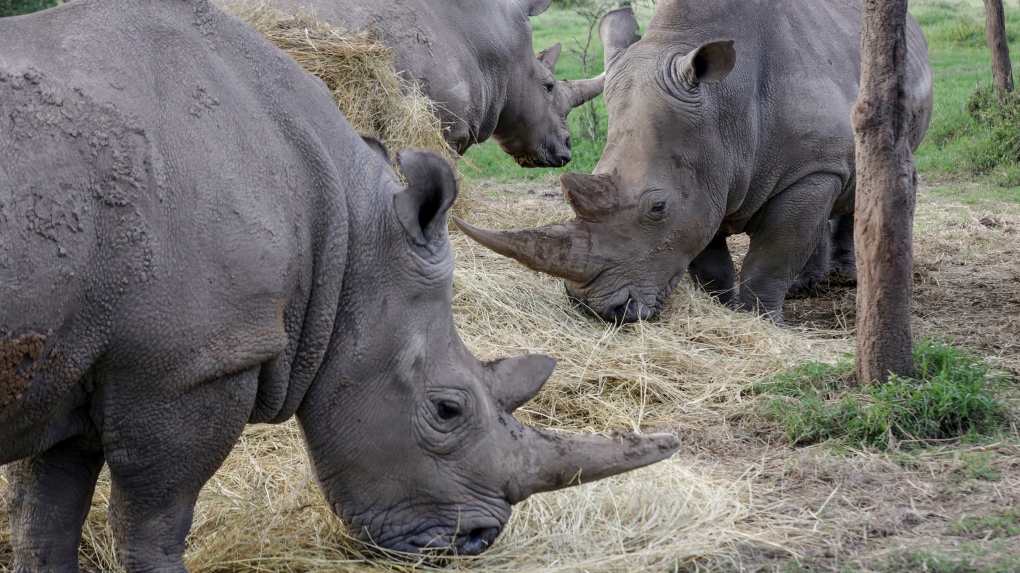 Wildlife tourism is a major source of revenue for countries like Kenya. Some operators are now sharing live broadcasts of safaris on social media in the hope that attention to endangered and other species doesn't fade.

In the Ol Pejeta Conservancy, workers have created what they call Sofa Safari, driving around filming with a smartphone from an open-top vehicle.

"One of the ways we are trying to be innovative is looking at virtual ways of bringing wildlife to people's homes, to their television sets and to their telephones," said the conservancy's managing director, Richard Vigne.

Among the animals featured are the world's last two surviving northern white rhinos. Researchers have been trying to use in-vitro fertilization to save the species, using eggs taken from the two females and frozen sperm from dead males.

"It's really important to continue to raise awareness," said Ellie Jones-Perrott, a zoology student and creator of Sofa Safari.

With limited internet in the rural areas, the live broadcast can be unstable.

"The connection is sometime very hit and miss, we go in and out of signal especially when we see some cool stuff like the leopard who often live in the bush," Jones-Perrott said. "It's hard to broadcast that live without cutting off."

Can you get COVID-19 through the ventilation in your home?

How Canadian graduates are celebrating despite COVID-19

Working from home? How to make your makeshift office more ergonomic

Quebec to allow outdoor gatherings of 10 people from 3 households

Can my kids go to overnight camp? Depends where it is

Kanesatake Mohawks outside of Montreal demand their territory remains closed