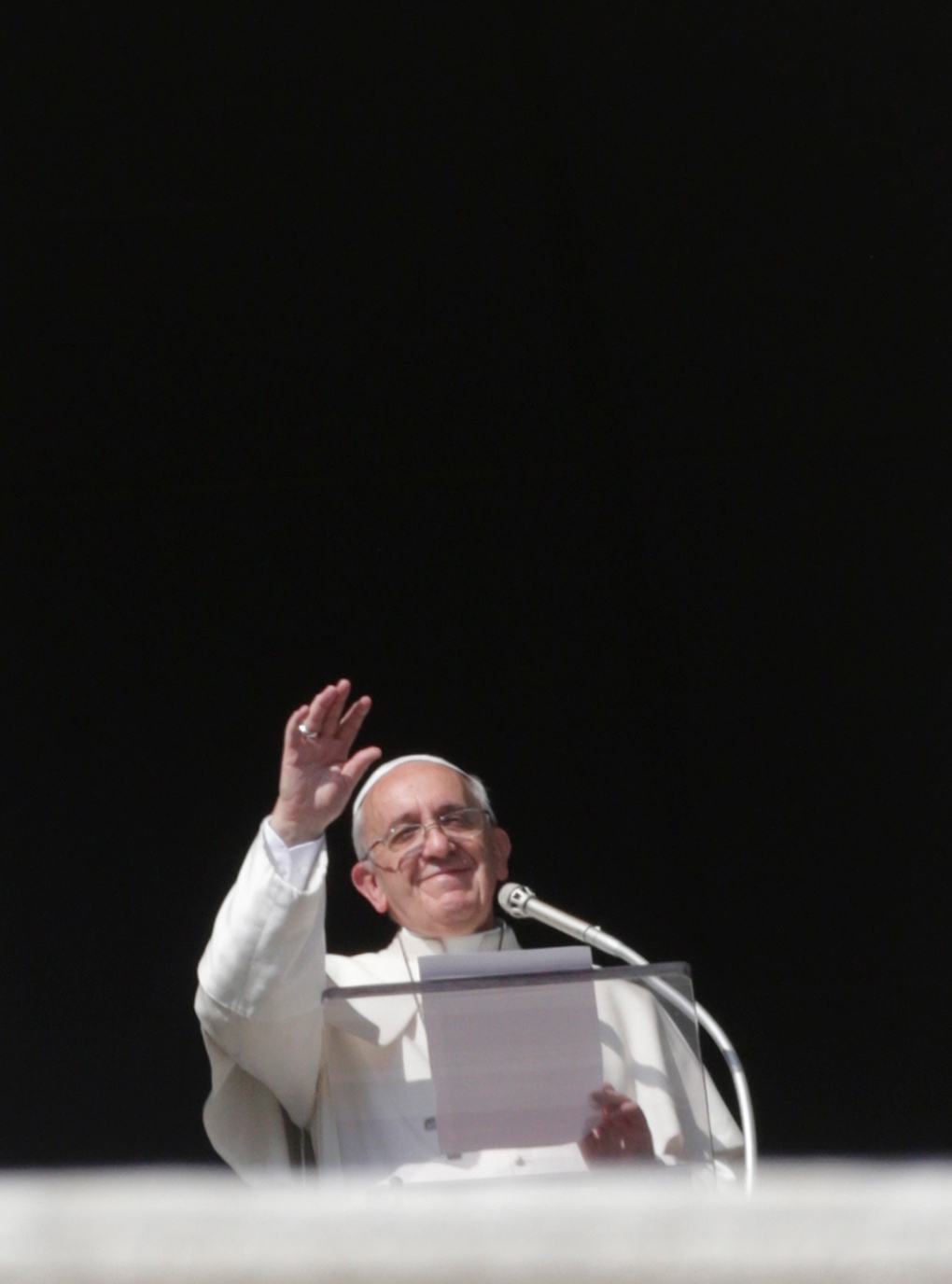 Pope Francis delivers his blessing during the Angelus noon prayer he delivered from the window of his studio overlooking St. Peter's Square, on he occasion of All Saints Day, at the Vatican, Friday, Nov. 1, 2013. (AP / Andrew Medichini)

NEW YORK -- The Vatican is taking the unusual step of conducting a worldwide survey on how parishes deal with sensitive issues such as birth control, divorce and gay marriage, seeking input ahead of a major meeting on the family that Pope Francis plans next year.

The poll was sent in mid-October to every national conference of bishops with a request from the Vatican co-ordinator, Archbishop Lorenzo Baldisseri, to "share it immediately as widely as possible to deaneries and parishes so that input from local sources can be received."

The survey reflects the pope's pledges to move away from what he called a "Vatican-centric" approach toward one where local church leaders are more involved in decision-making.

Among the questions are whether gay marriage is recognized in their country and how priests minister to same-sex couples, including how churches can respond when gays seek a religious education or Holy Communion for their children. The poll also asks "how is God's mercy proclaimed" to separated, divorced and remarried couples. Additional information is sought on the pastoral care of men and women who live together outside of marriage. The survey also asks parishes whether they believe married men and women tend to follow church teaching barring the use of artificial contraception.

The National Catholic Reporter, an independent news organization, was first to report Thursday that the survey will be conducted, and it posted a copy online.

Helen Osman, a spokeswoman for the U.S. Conference of Catholic Bishops in Washington, confirmed plans for the poll to The Associated Press.

"It will be up to each bishop to determine what would be the most useful way of gathering information to provide to Rome," Osman wrote in an email. In England, bishops have posted the survey online to be filled out by a wide range of Catholics, including priests, lay people, parents and nuns.

The poll findings will help set the agenda for an extraordinary synod, or meeting, of the presidents of national bishops conferences in October 2014.

The introduction to the survey lays out a broad list of concerns which the document says "were unheard of until a few years ago," including single-parent families, polygamy, interfaith marriages and "forms of feminism hostile to the church." Surrogate motherhood is lamented in the document as "wombs for hire," and the survey cites as a new challenge "same-sex unions between persons who are, not infrequently, permitted to adopt children."

Francis has said the church needs to do a better job preparing young people for marriage, lamenting that newlyweds seem to think marriage isn't a lifelong commitment but just a "provisional" one. At the same time, he has said the church process for annulling marriages isn't working and must be reviewed.

Francis' emphasis on reforming the Vatican bureaucracy and boosting the participation of local church leaders and lay people has prompted speculation about how far-reaching his changes could be.

The pope has urged pastors to focus on being merciful and welcoming rather than emphasizing only such divisive issues as abortion, gay marriage and contraception. At the same time, he has made clear his support for traditional marriage and opposition to abortion.

The introduction to the new survey extensively quotes former popes and the Catholic catechism on marriage being the union of a man and a woman for the purposes of having children.

Baldisseri, secretary general of the Synod of Bishops, wrote in his letter that the meeting next year would be followed by another on the topic in 2015.