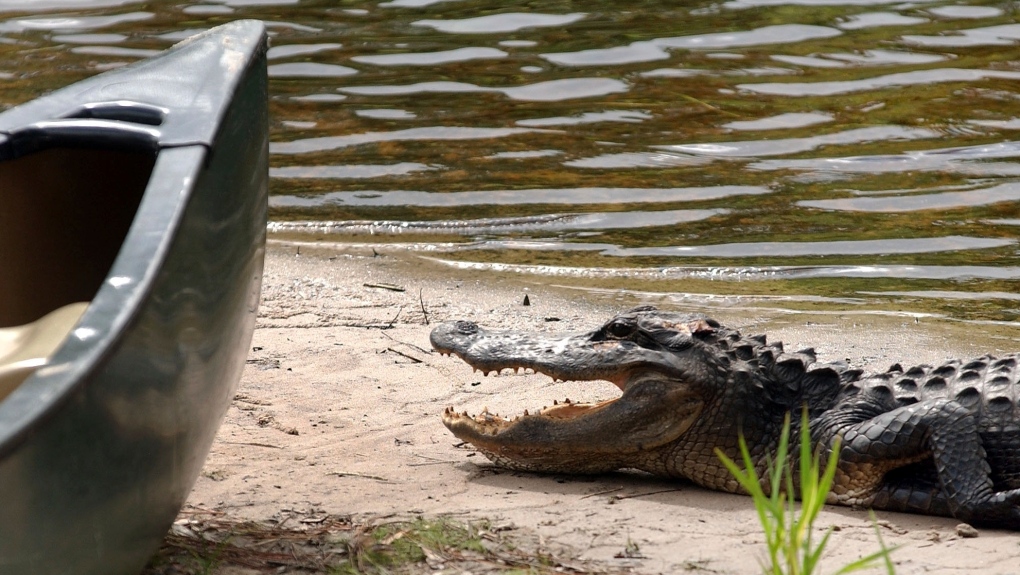 In this Aug 2, 2007 file photo, an alligator hangs around the canoes at Okefenokee Adventures at the entrance to the Okefenokee Swamp in Charlton County, Ga. (Chris Viola/The Florida Times-Union via AP, File)

PORT ST. JOHN, FLA. -- Three California children got in trouble after catching an alligator by its neck and dragging it to shore while vacationing near a Florida lake.

Authorities said the children hooked a noose around the gator at Fay Lake Wilderness Park in Port St. John and dragged it to shore Thursday night. The 16-year-old was issued a citation for feeding, enticing or molesting alligators, Florida Wildlife Commission spokesperson Chad Weber.

The other two children are 6 and 8 years old and were not given any citations. Authorities said the vacationers were not familiar with local gator laws.

The gator had already returned to the water with the noose still around its neck when officials arrived. Florida Today reports a trapper was called out to remove the rope. The alligator was also picked up for public safety, but Weber didn't say whether it was being relocated or euthanized.