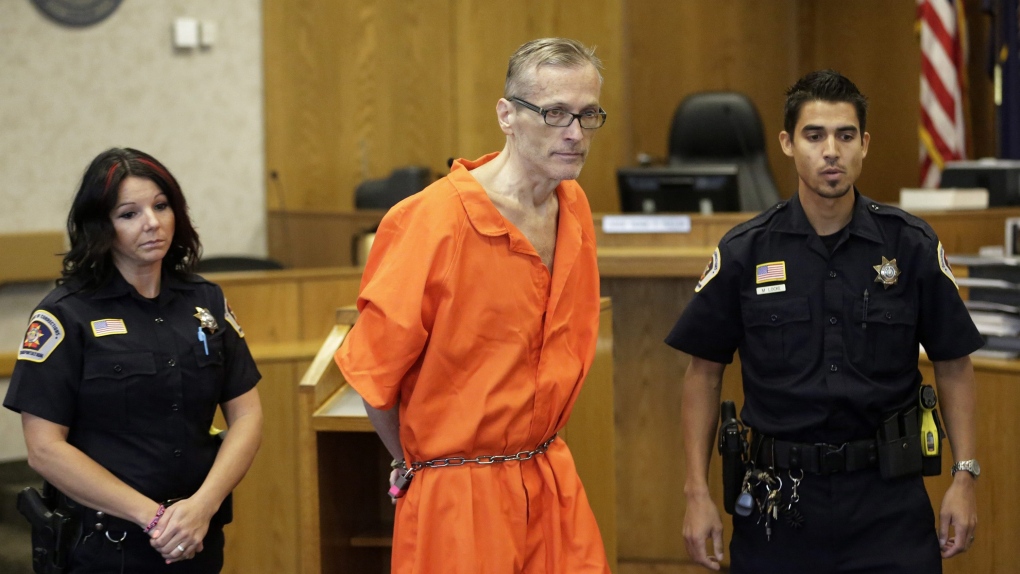 Martin Joseph MacNeill enters the courtroom before his sentencing, in Provo, Utah on Sept. 19, 2014. (Rick Bowmer/AP)

DRAPER, Utah -- A doctor in prison for drugging his beauty queen wife and leaving her to die in a bathtub has died, authorities said.

Correctional officers found Martin Joseph MacNeill, 60, unresponsive Sunday morning near the greenhouse of the Olympus Facility at the Utah State Prison. The officers tried to revive MacNeill, but he was declared dead at the facility.

While MacNeill's death is being investigated, there are "no obvious signs of foul play," prison officials said in a statement.

MacNeill had been in prison since September 2014 after he was convicted of first-degree murder in the death of his wife, Michele,. He was also convicted of second-degree obstruction of justice and second-degree forcible sex abuse.

He was serving at least 17 years and up to life in prison, with his first parole hearing scheduled for 2052.

The 2013 murder case against MacNeill became a national true-crime cable TV obsession with its tales of plastic surgery and philandering, betrayal and family feuding, jailhouse snitches and a jetted bathtub brought into the courtroom.

In a separate case, MacNeill was found guilty of sexually abusing his adult daughter the month after his wife's death in 2007. That case came to trial in 2014, the year after his murder conviction.

Prosecutors said MacNeill overmedicated his wife after she had a face-lift and left her to die in a bathtub so he could begin a new life with his mistress. Defence attorneys argued she could have died of natural causes. No official cause of death was determined, and some lawyers raised questions about the verdict in the largely circumstantial case.

The MacNeill case shocked the Mormon community of Pleasant Grove, 35 miles (56 kilometres) south of Salt Lake City, and captured national attention because the defendant was a wealthy doctor and a lawyer, a father of eight in a seemingly picture-perfect family and former bishop in his local congregation of The Church of Jesus Christ of Latter-day Saints.