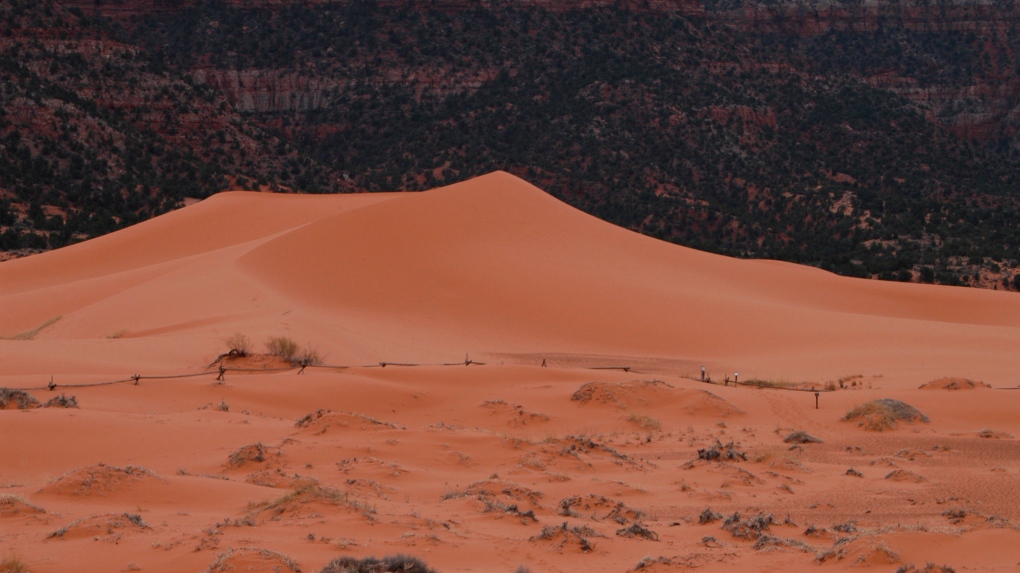 A 13-year-old Utah boy has died from his injuries a day after a sand dune he was digging in collapsed and buried him at a state park, officials said Monday.

The boy had been digging a tunnel into the dune at southern Utah's Coral Pink Sand Dunes State Park when it collapsed on him Saturday evening, park rangers said.

A family member alerted authorities, and rangers arrived to dig the boy out from what they said was about 6 1/2 feet (2 metres) of sand.

After rangers and Kane County Sheriff's deputies rescued him, found he had a pulse, and administered CPR, the boy was transported to a St. George hospital and then to Primary Children's Hospital in Salt Lake City. He died there Sunday after not regaining brain activity, the Utah Division of State Parks Department said.

Campers and off-road drivers flock to the park near the Utah-Arizona border for the vibrant hue of its warm, pink sand, which is made out of eroding Navajo sandstone.

Devan Chavez, a spokesman for the parks agency, said he wasn't aware of any similar incidents at Coral Pink Sand Dunes, but in 2012, another teen died after being trapped under a collapsed sand dune at Snow Canyon State Park, about 50 miles (80 kilometers) northwest.

Saturday's dune collapse remains under investigation. Rangers said it happened quickly and they did not know how long the boy was buried.

Chavez offered condolences to Spendlove's family and urged visitors to be safe, wear helmets or life jackets and alert others of recreation plans when in state parks.

“Always recreate with a buddy or someone who can help you or go and get help. And always let someone away from the area know where you're going and what your plan is,” he said.

Jayland Walker was handcuffed when his body arrived at the medical examiner's office: autopsy report

Jayland Walker was handcuffed behind his back when his body arrived at the coroner's office to be processed as part of the investigation into the officers who shot and killed him in Akron last week, according to a medical examiner's report that was reviewed by CNN.

The man charged with killing seven people when he unleashed a hail of bullets on an Independence Day parade from a rooftop in suburban Chicago legally bought the high-powered rifle used in the shooting and four other weapons, despite threatening violence, police said.